The Death of Ayman al-Zawahiri 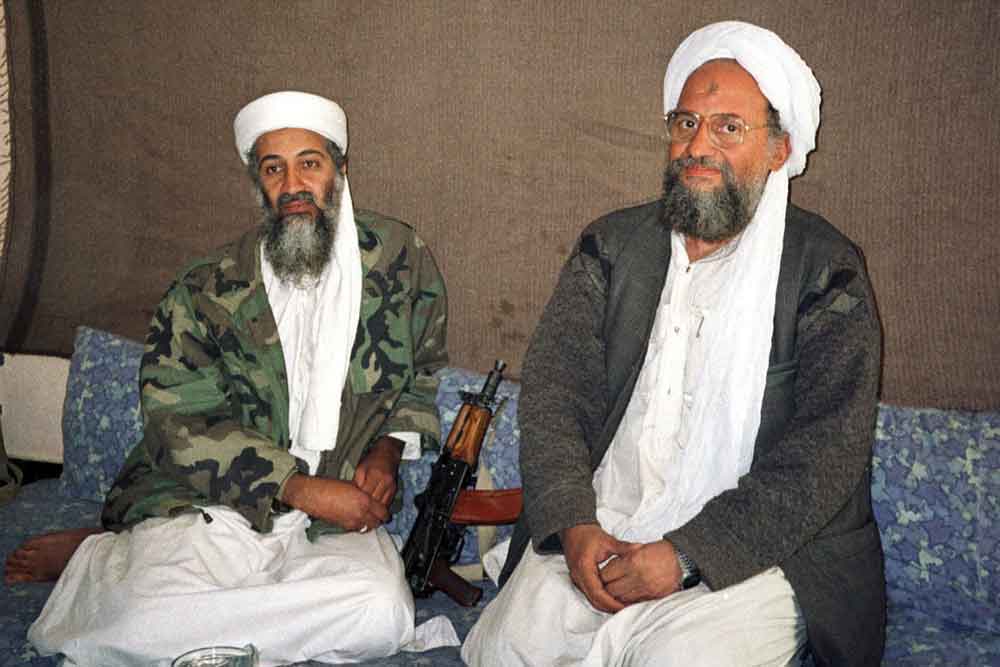 
SOMETIME IN THE second half of 2008, Ayman al-Zawahiri appeared in a slick video to counter the assertion of an influential former al-Jihad leader called “Dr Fadl” that there is no justification for violent jihad, even against enemies who indulged in bloodshed. In a message dripping with sarcasm, al-Zawahiri noted Fadl had communicated with the media through fax machines installed at a prison. “Do they have fax machines in Egyptian jail cells?” he wondered and asked if they were connected to the same power lines as electric shock machines used to torture inmates.

The widely reported remarks underlined not only Al Qaeda’s rejection of Fadl’s renunciation of jihadist ideology but also revealed a hardened Islamist whose hardships after being jailed in a crackdown following the assassination of Anwar Sadat, only made him a more determined and committed fundamentalist. His journey from medical practice in a Cairo suburb to becoming Osama bin Laden’s “second in command” and then successor was nothing short of dramatic. Yet, his end was almost anti-climactic with a killer drone taking him out without much fuss on a balcony of a house in Kabul. Unlike the sensational night-time helicopter raid that ended bin Laden’s career in Pakistan’s Abbottabad, al-Zawahiri met a rather tame end. If he had thoughts to offer, the Al Qaeda ideologue might have sought a more heroic exit that would serve to inspire followers, if not for any other reason.

Al-Zawahiri’s drift into jihadist thought and political Islam began at an early age and was not altogether surprising despite his family’s middle-class background. In fact, the success of radical organisations in recruiting well-qualified persons would be replicated several times: Mohamed Atta, leader of the Hamburg cell in the 9/11 plot, studied architecture and engineering and specialised in urban planning in Germany.

Like many others of his generation, al-Zawahiri gravitated to the ranks of the Muslim Brotherhood while still in school. The “brothers” (al-Ikhwan) had quickly identified Palestine as an “Islamic cause” (rejecting the idea of an Arab nationalist calling) and in the mid-1930s, plunged into the Jewish-Arab conflict. Their activism helped the Brotherhood become an influential political organisation by the turn of the decade, with a growing pan-Arab presence. Founded by Hassan al-Banna, the Brotherhood drew on revivalist movements in the 19th century, which grew in opposition to Western colonial domination of Muslim territories in North Africa, Arabia, and parts of the Mediterranean. These movements called for the “restoration” of puritanical Islam and rejected secularism and nationalism as contrary to Muslim religious thought.

Prior to al-Banna, another Salafist scholar, Rashid Rida, called for an Islamic renaissance after the collapse of the Ottoman Empire. Al-Banna denounced Western customs and called for recourse to Islam in all aspects of state and society. After al-Banna, another Egyptian, Sayyid Qutb, came to strongly influence the Brotherhood and other Islamist groups. He spent a few years in the US as part of a teacher training programme and his experience cemented a deep dislike for American culture and Western ways. He seemed to have had a miserable time with his sensibilities offended by what he saw as a materialistic and permissive culture. His book Milestones, published in the 1960s, became something of a holy grail for jihadists as it vehemently argued that Muslims were living in “Jahaliyat (pre-Islamic state)” and needed to restore the foundational principles of Islam and Sharia. Like al-Banna before him, Qutb, too, died at the hands of the Egyptian state which identified him as a troublemaker and accused him of plotting to assassinate Gamal Abdel Nasser.

By the time al-Zawahiri grew up in Cairo in the mid-1950s and early 1960s, the thoughts of al-Banna and Qutb were well-entrenched. The Brotherhood saw itself as the vanguard against the secular formulations of Nasser and other leaders and it was no surprise that they clashed with Anwar Sadat over the Camp David accords with Israel.
Zawahiri was sent to jail with hundreds of Ikhwan members in the early 1980s when Sadat was assassinated. There, his hatred for the Egyptian state further hardened. Once out of jail, he left for Saudi Arabia, Pakistan and Afghanistan. He continued to plot and carried out attacks in Egypt as leader of the Islamic Jihad and was sentenced to death in absentia. The use of violent means was an accepted part of the toolkit with al-Banna and Qutb having sanctioned “military action” in Palestine and elsewhere. The structure of the Ikhwan with its rigid hierarchy and semi-military training lent itself to a paramilitary organisation. Al-Zawahiri saw himself as an inheritor of the ideological and religious-political objectives of earlier teachers. It is understood that he met bin Laden in Afghanistan around 1997, and thereafter, an “Islamic front” issued a declaration of war against “unbelievers”, with the US singled out for “occupying” Islamic lands and collaborating and supporting Arab rulers seen as apostates.

In 1998, bin Laden attracted the notice of the world by plotting the bombing of US embassies in Dar es Salaam and Nairobi, killing hundreds of people. Two years later, he planned the audacious suicide bomb attack on the USS Cole berthed at Aden in Yemen. In between, a cruise missile strike against Al Qaeda targets in Sudan and Afghanistan failed to have any effect. Al-Zawahiri boasted the US was in no position to deter Al Qaeda, and that jihad had just begun. Despite such obvious warning signs, the world failed to fully recognise the threat that bin Laden posed. Al-Zawahiri had a key role and was privy to the 9/11 plot. He was not only a loyal lieutenant but often articulated the group’s religious rationale as to why it was the duty of every Muslim to oppose not only the West and other heretical societies but also rulers of Arab countries who had betrayed Islam.

The 9/11 attacks led to the heat being well and truly turned on Al Qaeda. Suddenly, for much of the world that was so often sceptical about India’s warnings that Pakistan-sponsored terrorism in Kashmir was not just a threat to India alone, those warnings found wider resonance. Pakistan was under the pump, with the US promising that the country would be bombed back to the stone age if it did not cooperate. After bin Laden’s death in 2011, Al Qaeda rapidly lost ground to the even more brutal Islamic State (IS) under Abu Bakr al-Baghdadi. Al-Zawahiri took charge but lacked the charisma to retain the organisation’s salience. Jihadists the world over began to swear their loyalty to IS. The one-time eye surgeon began to slip into relative obscurity.

Things turned a full circle in Afghanistan with the return of the Taliban in 2021, and some argued that Pakistan had “seen off” the US. That might be true but it came at a high cost as Islamabad lost much salience in Washington. If Pakistan had a role in the “tip-off” on al-Zawahiri, it may deliver limited benefits—after all, its tottering economy leaves it with few choices. Tattling on terrorists hosted by its partners, the Haqqani Network, only proves that Pakistan has been well aware that the Taliban have no intention of honouring the Doha Agreement.