The man whose heart beat for Pakistan 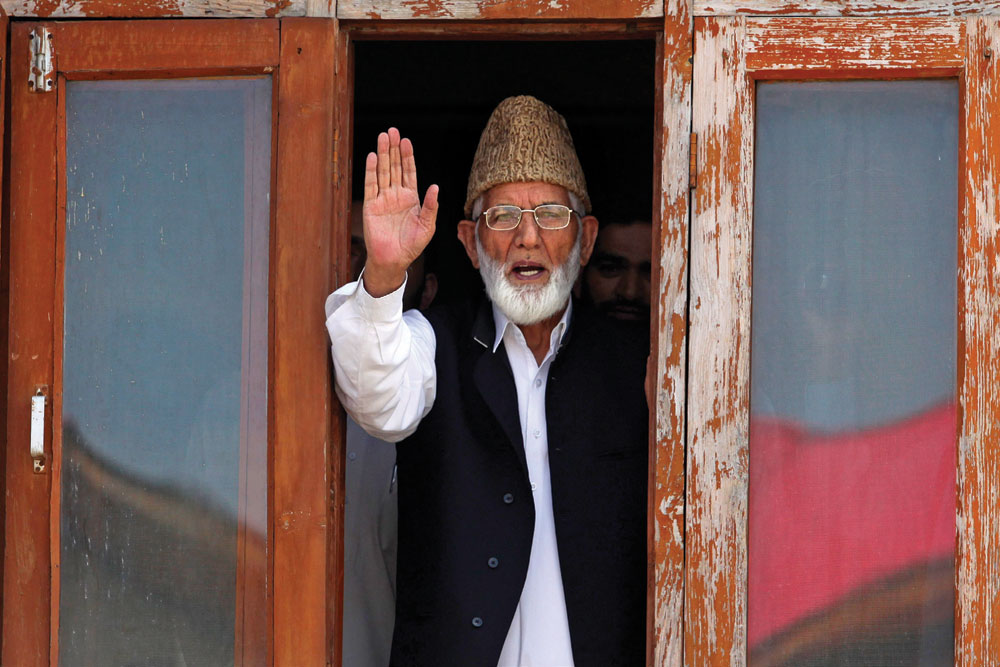 
IN 2008, SYED Ali Shah Geelani, the fountainhead of secessionism in Kashmir, addressed a group of supporters in Srinagar. What he said that day was never said more clearly about the so-called freedom movement in Kashmir. Gathering all the strength in his aged body, Geelani vociferously summed up his vision of Kashmir. He said that Islam bound “us” (Kashmiri Muslims) with Pakistan and that “we” (Kashmiri Muslims) were Pakistani and Pakistan belonged to “us”. In that speech, which his supporters found galvanising, he said that Pakistan (which, according to him, included Kashmir as well) had been created for Islam, and that no socialism or nationalism or America’s world order was going to operate there.

But even this clarity had no impact on some of India’s top intellectuals who feted him in public events in Delhi over years and often likened him to Nelson Mandela. In 2016, a group of Indian parliamentarians embarrassed themselves by going uninvited to his door in the hope of a dialogue, but were unceremoniously sent back without an audience. In their desperation to score political brownie points, these leaders chose to ignore that the man they had come begging to had sent thousands of young Kashmiri Muslims on a path of death by motivating them to become terrorists, while his family flourished and enjoyed the patronage of both Pakistan and a pusillanimous Indian state. Geelani would come to Delhi to spend the winter months, often getting top-notch medical treatment at leading private hospitals. In summer, when he went back to the Valley, he would unleash a calendar of hartals (shutdowns) upon the hapless population, forcing them to abandon their education and livelihood.

The man who was elected to the state Legislative Assembly a few times came from a poor family in North Kashmir. As a teacher and a worker of Sheikh Abdullah’s National Conference, Geelani’s introduction to the writings of Jamaat-e-Islami founder Maulana Abdul A’la Maududi changed his outlook. The Jamaat in Kashmir severed its ties with the outfit in India and Pakistan and became an independent entity in 1953. The same year, Geelani became a full-time member of the Jamaat. The Kashmiri Jamaat’s rejection of India and its focus on Islamism formed the core of the separatist movement in Kashmir. As the scholar Yoginder Sikand writes, as early as in 1980, the Jamaat declared Indian forces stationed in Kashmir to be an “army of occupation” and appealed to the Kashmiri Muslim youth to “throw out” the Indian occupiers and establish Islamic rule in the state.

In 1987, the candidates who fought elections under the Muslim United Front’s banner in Kashmir included Geelani and a Jamaat teacher, Mohammed Yusuf Shah, whom we now know as Syed Salahuddin, chairman of the Pakistan-based United Jihad Council. The election was marred by rigging allegedly orchestrated by New Delhi and is now seen as the main reason why an armed insurgency began in Kashmir. This notion refuses to look at what Geelani had in mind, something which he later made clear most prominently in his 2008 speech.

Even as Kashmiris were getting tired of his rhetoric, one of his protégés, Massarat Alam, resurrected him by organising a major rally in his honour in 2015. Alam, a radical Islamist, had been in jail since 2010, and the Peoples Democratic Party’s Mufti Mohammad Sayeed ordered his release soon after forming a government in alliance with BJP. After his release, Alam organised a big reception for his mentor and hardline separatist leader, Syed Ali Shah Geelani, who was returning from Delhi where he shifted in winter. In a huge rally that passed by the director general of police’s office in Srinagar, the crowd shouted: “Pakistan se kya paigaam, Kashmir banega Pakistan” (What is the message from Pakistan? Kashmir will turn into Pakistan) and “Jeeve, jeeve Pakistan” (Long live, Pakistan). The rally boosted the spirits of youngsters who had grudgingly accepted azaadi as a mirage. It led to the creation of the likes of Burhan Wani and sent Kashmir into another spiral of violence and uncertainty.

By the time the historic decision on Article 370 was taken, Geelani was too unwell to even respond to it. Less than a year later he stepped down from the separatist conglomerate, Hurriyat Conference.

With Geelani’s death, many are now wondering who will take his place. That will become clear in the coming days. Some fear that his absence from the secessionist movement will lead to further radicalisation of the youth, towards organisations like ISIS. But then, they forget the destruction Geelani’s vision has already brought to Kashmir.