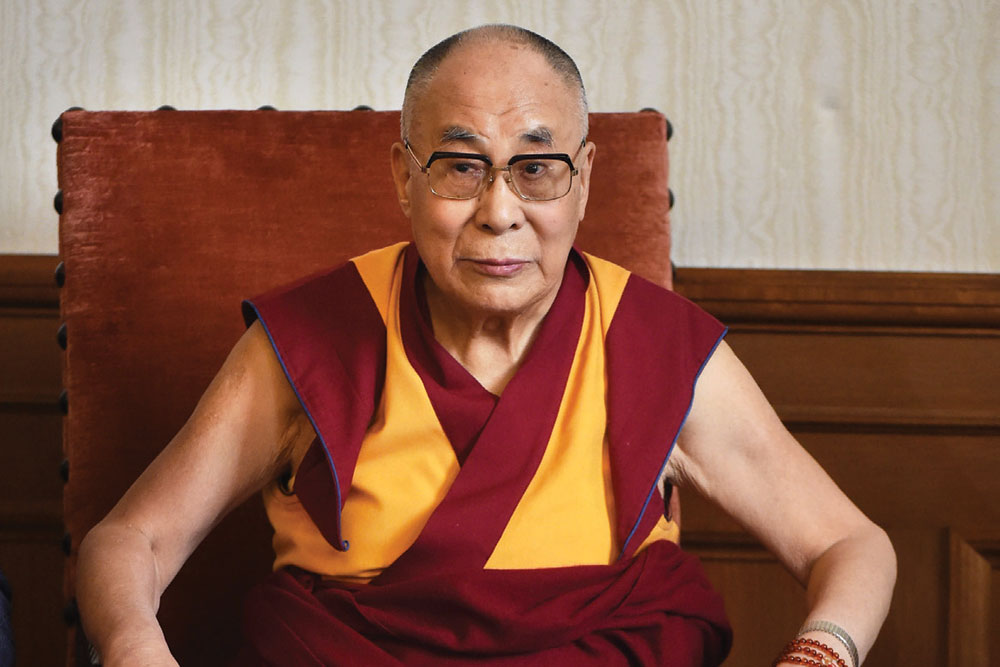 
Visits to Buddhist monasteries by the Dalai Lama are usually normal, low-key, events that hardly attract attention. But on Wednesday when the spiritual and temporal head of the Tibetan people visited a remote village in Ladakh the event was very different. The religious leader used an Indian Air Force (IAF) helicopter and was received by a senior IAF officer on the occasion. He also posed for a picture with the assembled airmen and Ministry of Defence Twitter handles released pictures of the visit.

This is an unambiguous signal to China.

Usually, India is very careful about so-called Chinese sensitivities of the Dalai Lama’s activities in India and especially those in Arunachal Pradesh and Ladakh, the two territories that China has attacked and claims as its own. The Dalai Lama is currently on an extended visit to Ladakh and his visit to Leh was his first one since the stand-off between India and China that began in 2020.

In the past, India took care not to publicise the Tibetan leader’s visits and these were deliberately kept as low key affairs. In every such—private—visit, China has responded with a barrage of criticism and has claimed the “splittist”, as it refers to the Dalai Lama, was interfering in China’s “internal” affairs. India has—for long—tacitly accepted the Chinese position that Tibet and Taiwan are its territories even after many strategic affairs experts have recommended that it abandon the “one China” policy that had entered the negative returns territory.

India’s behaviour is in contrast with China’s when it comes to territorial integrity. China is in occupation of Indian territory that was illegally ceded to it by Pakistan and is also openly undertaking infrastructure projects in Pakistan occupied Kashmir (PoK).

Officially, India continues with its stated position on China. But China reacts impulsively to any perceived “violation of sovereignty.” Even harmless gestures such as Prime Minister Narendra Modi wishing the Dalai Lama on his 87th birthday attracted China’s ire. In response to the PM’s wishes, Chinese Foreign Ministry spokesperson Zhao Lijian said “The Indian side also needs to fully understand the anti-China and separatist nature of the 14th Dalai Lama.” Within no time, India rejected the charge. This is a change from the past. In 2018, the Union Government explicitly told officials to stay away from the Tibetan government in exile marking the 60th year of the Dalai Lama’s exile in India.

Respecting China’s “sensitivities” makes no sense when that country is militarily engaged with India repeatedly in recent years. The Chinese objective is clear; it is time India changes its outlook and strategy.