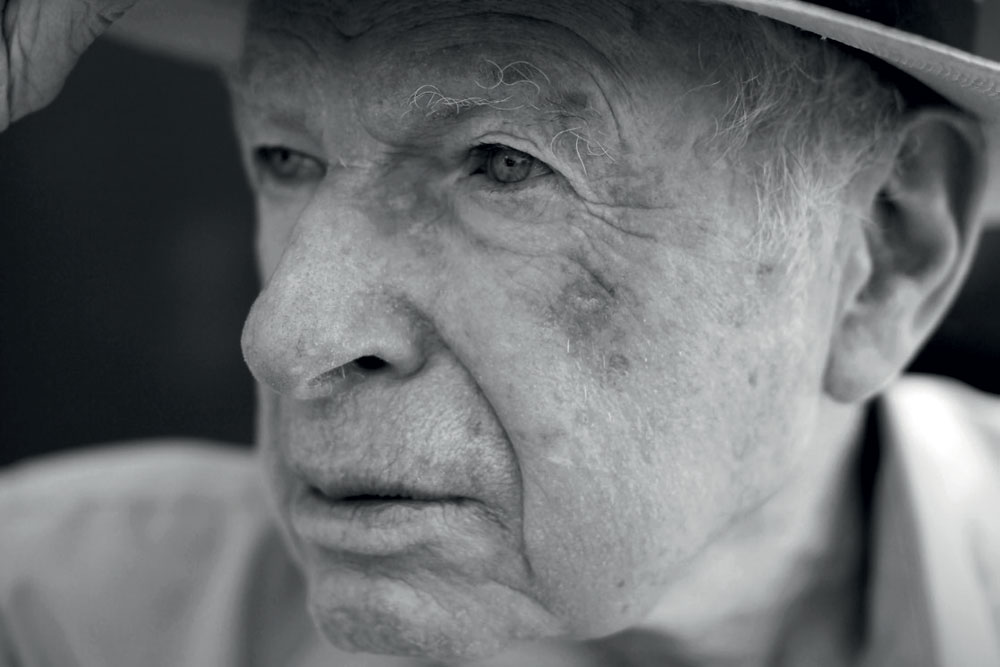 
PETER BROOK DID for the Mahabharata theatrically what Richard Attenborough did for Mahatma Gandhi cinematically.

Attenborough’s Gandhi (1982) focused the world’s attention again on the Mahatma’s much-needed message of non-violence, while Brook’s nine-hour staging of the Mahabharata in 1985 introduced one of India’s greatest epics to international audiences. It toured the world for four years, was converted into an Emmy award-winning mini-series and became a byword for multiculturalism long before the world annihilated that term in a welter of politically correct cultural appropriation.

Much before Ramanand Sagar’s Ramayan became a cultural phenomenon via Doordarshan and certainly before BR Chopra fashioned Mahabharata as a secular political commentary, the 95-year-old English theatre giant worked closely with French playwright Jean-Claude Carriére to transform the epic poem into what The New York Times described as ‘universalised art, accessible to any culture’.

About time then that Brook was given a Padma Shri, even though the mother country has not yet seen his The Mahabharata (DD2 did air Brook’s 1989 film adaptation of the 1985 play, even as BR Chopra’s epic was running on the main channel, but the stage play itself never came to India). It was only in 2016 that India got to see an abridged version in Battlefield. The Mahabharata introduced to the world complex characters such as the blindfolded Gandhari, the raging Draupadi, the wise Krishna, the courageous Arjuna, the wronged Karna. More than that it highlighted concepts such as dharma and karma, which show the depth of the Indian philosophical tradition.

Brook was also one of the first to understand the importance of diversity, enacting the drama through a company of 21 actors from 16 countries, among them the sole Indian, dancer Mallika Sarabhai, as Draupadi. Sarabhai was forever changed by the experience, her art always stamped with political awareness. The collaborative spectacle, which included dance, song and Kathakali, was unveiled at the Avignon Theatre Festival in France, as part of the Festival of India. Much like Attenborough, who worked on Gandhi for 20 years before it finally happened, Brook spent 10 years perfecting his version.

India has only now developed the cultural confidence to claim its own myths. There is work in literature and cinema in reimagining the epics from various perspectives, from gender to caste. Writers such as Chitra Banerjee Divakaruni and Amish are reimaging the epics, filmmakers such as Mani Ratnam and Prakash Jha have adapted them to cinema (Raavan and Rajneeti), while their re-telecast on the national channel during the Covid lockdown got Sagar and Chopra’s versions new fans. Brook was one of the first to recognise Mahabharata’s power and also its expansiveness, selecting portions and dividing it into three segments: ‘The Game of Dice’, ‘The Exile in the Forest’ and ‘The War’. These captured the key elements, but were all based on the version certified by the Bhandarkar Institute of Oriental Research.

It wasn’t just the text, it was also the context of Brook’s version that was unusual. As The New York Times reported, in Avignon, Brook’s theatre was ‘an open limestone quarry outside the city where spectators sat on scaffolding facing massive boulders, rose-tinted cliffs 100 feet high and a vast playing space filled with tons of luminous yellow sand. A canal of real water constructed by the technical director, Jean-Guy Lecat, flowed across the back of the space; a small pond reflecting the action was down front.’

Such a reimagining of the theatrical space was most unusual for its time and it is one of the many reasons why Brook’s version of our epic remains so invaluable. Now if only we can get it to India. And once that is done, perhaps we can turn our attention to composer Philip Glass’ 1979 opera Satyagraha about the Mahatma’s life? If Indian soft power spans the globe now and means much more than Bollywood musicals, it owes much to adventurers like Brook and Glass.