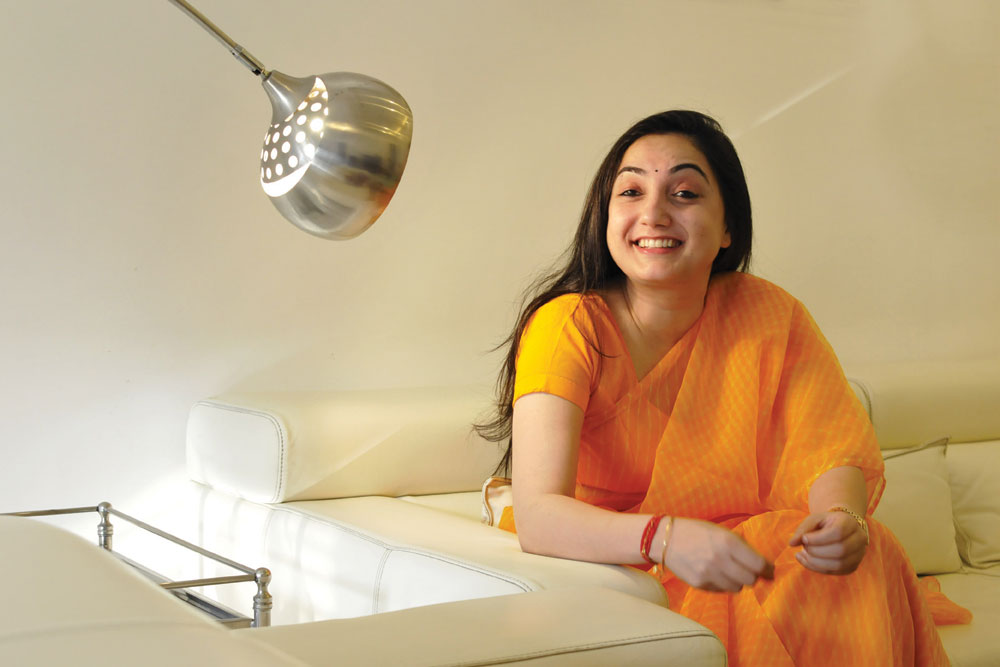 
Nupur Sharma, erstwhile spokesperson of the Bharatiya Janata Party (BJP), and Mahua Moitra, Trinamool Congress MP, are not really cut out to be in the same corner. Diametrically opposed ideologically, a series of unfortunate events have conspired to force a commonality—both have been disowned by their parties for comments labelled offensive even though their political remit had so far been to push the boundaries in service of the base. A point had, however, been breached that neither saw existed—in Sharma’s case, Prophet Muhammad, and in Moitra’s, the Goddess Kali. There is an irony in the position these two find themselves in—almost no one claims that what they said was a fabrication. In so far as what must go for veracity, nothing was pulled out of the air. The age of the marriage and consummation of the Prophet’s wife and how Kali has been worshipped are both backed by historical and sociological references. Yet, it has not been a good enough defence. When it comes to giving offence in India in the public square, fact is irrelevant, and that is how it has always been, at least since the 1920s.

That is the decade that Indian nationalism takes on the character of a mass movement for independence, and accompanying it is also religious polarisation because freedom from an external ruler leads to the obvious question of what next to internal groups if the British go. There are many a tinder getting sparked in this revival as tensions between the two communities continue to grow. And then comes a spark to light a big fire, the publication of Rangeela Rasool, an anonymous satire on the marriages of Prophet Muhammad, that immediately led to widespread anger. No less a person than Mahatma Gandhi, after reading it, termed it offensive in an editorial in Young India. When the publisher Mahashay Rajpal was murdered, he was even blamed for it. Author Girja Kumar writes in The Book on Trial: Fundamentalism and Censorship in India: “There was much resentment against Gandhiji in Arya Samaj circles. His editorial in Young India was believed to have provoked the controversy.” The main remnant of the controversy is that it bequeathed a blasphemy law to India—Section 295A of the Indian Penal Code. The publisher Rajpal, before his killing, had been acquitted by the high court and the British felt the need to bring in a law that would address future incidents where religious figures were denigrated.

All religions since then in India have invoked the right to not be offended. In 1933, a rationalist, Dr D’Avoine, was taken to court for writing an article against the Catholic church but was acquitted. Independent India would, however, see another case where a rationalist would question a church and this time, he would have to flee the country. In 2012, after reading reports of the toe of a Christ statue dripping water in Mumbai, Sanal Edamaruku went there and showed that it was just a plumbing leak. Immediately, cases were filed against him in multiple police stations. Denied bail, Edamaruku moved to Finland to escape arrest.

A prime example of how India tiptoes around religious offence was in the 1980s when the Rajiv Gandhi government made it the first country to ban Salman Rushdie’s book The Satanic Verses after Muslims agitated against it. This was even before Islamic countries had done anything similar. It would also have political consequences, becoming one more arsenal in BJP’s argument of Muslim appeasement by the Indian state that would be the cornerstone of its rise to power. From the 1990s onwards, with the ascendance of Hindutva, you begin to see increasing incidents of Hindu anger against religious offences. One of the targets of this was the artist MF Husain who had drawn Hindu goddesses in the nude, often decades earlier. But now they began to be highlighted as his wanton disrespect of the religion, especially given that he took no such creative liberties with Islamic figures. Artistic expression was no longer enough protection in the changing political landscape. Husain was also subject to multiple police cases in different states until, in 2006, he too left India and settled in Qatar. In 2014, a case was filed against the publication of The Hindus: An Alternative History by Wendy Doniger, a US-based scholar of Hinduism, because her book had portions that some Hindus found offensive. The publishers agreed to pulp the copies. Doniger has since never returned to India, unsure of what would be waiting for her here.

Educational institutes also began to be targets of offence because of what the syllabus contained. An egregious instance of it was when in the late 2000s, there began a protest to remove AK Ramanujan’s essay ‘Three Hundred Ramayanas’ from the syllabus of Delhi University. After first refusing to give in to it, the university buckled a few years later in 2011. It is hard for anyone who has read the essay to see what can offend any Hindu in it because all that Ramanujan does is trace the many ways the mythological text had travelled across time and space—the truth was again no defence. A BBC article at the time highlighted other instances of texts being removed: “Last year Mumbai University withdrew Rohinton Mistry’s novel Such a Long Journey— shortlisted for the Booker Prize in 1991—from its curriculum after the nationalist Shiv Sena staged protests against its ‘derogatory’ references to party members. Mr Mistry said the move was ‘a sorry spectacle of book-burning’. Last year the state of Gujarat banned Pulitzer Prize-winning author Joseph Lelyveld’s incisive Great Soul: Mahatma Gandhi and His Struggle with India long before it had been released in India. Gujarat’s ruling Hindu nationalist politicians had been told that the book  sensationalised Gandhi’s friendship with a German man, who may have been homosexual. All this was far from true, but the ban stayed.” One of the most horrific instances of response to offence going overboard was in 2010 when activists of the Popular Front of India, an Islamic organisation, stopped a college lecturer on the road and cut his hands off. This was in retaliation for setting a paper in which a question had a passage on Prophet Muhammad that was considered offensive.

It is not just religion that witnesses this phenomenon of stomping down on perceived offence. Historical figures, too, have been co-opted into the pantheon of that which cannot be spoken about in any perceived negative light. In Maharashtra, for instance, Shivaji is such a symbol. In 2003, an American academic, James Laine, wrote a book titled Shivaji: Hindu King in Islamic India that had a portion on references to the king’s parenthood. The outrage was so intense that it led to the vandalisation of the Bhandarkar Oriental Research Institute in Pune because Laine had a note of gratitude for them in the book. The state then banned the book, charged Laine with a criminal case, and there was even an attempt to extradite him. For a recent instance of how almost no institution wants to take a risk standing up against offence, consider how a Malayalam movie called Aquarium, which has for its story the sexual exploitation of Christian nuns, was denied release for almost 10 years, with roadblocks from every agency, from the Censor Board to the courts. And when it finally was permitted to be shown this April, it couldn’t be in a theatre, only on an OTT platform.

In Girja Kumar’s book, a line in the judgment by Justice Dalip Singh of Lahore High Court, who acquitted Mahashay Rajpal, is highlighted and it makes eminent sense on how a society should look at offence: “The nature of the act, namely whether it is an offence or not, cannot be determined by the reaction of the particular class.” Or, in other words, the reaction cannot determine guilt and punishment. But if the history of offence in India tells us anything, then it is that the exact opposite is followed. Depending on the reaction to an act, the offence is held to have taken place and punishment follows.

There are reasons for it. India’s law and order mechanisms are overwhelmingly geared towards the latter. Order is all-important, even at the cost of justice. If a population that is generally law-abiding can change complexion in a moment to form a bloodthirsty mob when their rage is aroused, then the first instinct of the state, learnt from hard experience since the British times, has always been to pre-empt such riots. The blasphemy law came into being and has not been taken off because it was thought to be the only answer to prevent largescale damage. There is another phenomenon now that melds with it—the arrival of social media. An offensive act that could in the past have been contained within a limited geographical area now gets amplified by posts and tweets until it becomes a national, and even an international, crisis. This is what was evident in how the protests over Nupur Sharma’s comments snowballed beyond India’s shores. And in an era of competition between religions in taking offence, anyone without an instinct for where the point tips over is in trouble.