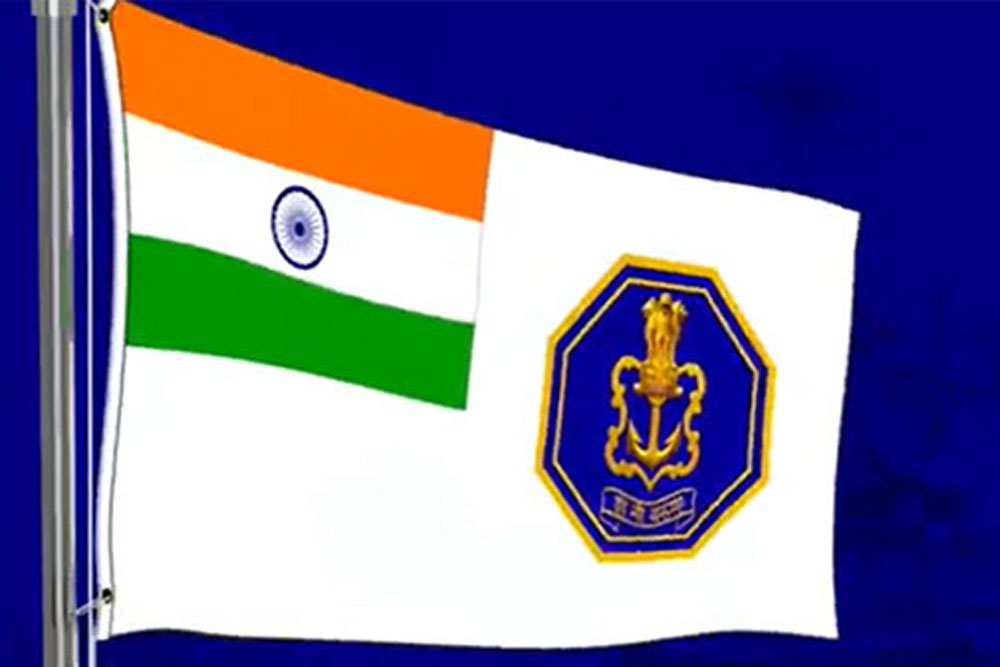 In a significant move that reflects Prime Minister Narendra Modi’s I-day call to get rid of  remnants of a colonial mentality, Modi  on Friday unfurled the new ensign of the Indian navy that replaces the cross of St George with an emblem that has the Ashokan national symbol and recalls the legacy of Maratha king Shivaji.

Speaking on the occasion when he also dedicated the new Indian made aircraft carrier INS Vikrant to the nation, the Prime Minister said the new naval ensign was being dedicated to the memory and contributions of Shivaji who envisaged a strong naval defence of his kingdom along the Konkan coast.

The eight sided emblem draws inspiration from the seal of Shivaji which bears the words in Sanskrit: “ever growing in splendour like the waxing moon…this seal of Shivaji, the son of Shahaji, shines of the benediction of all.”

In his past references to Shivaji, the Prime Minister has spoken of the warrior king’s concept of “Hindawi Swaraj” as a complete governance model and a politico-cultural statement. On Tuesday, he spoke of Shivaji’s vision of a naval fleet, which was barely considered by his contemporaries like  the Deccan sultanates or the Mughals.

The navy’s ensign has seen several changes and latest version is intended to fully indigenise it in keeping with India celebrating the 75th year of its Independence.