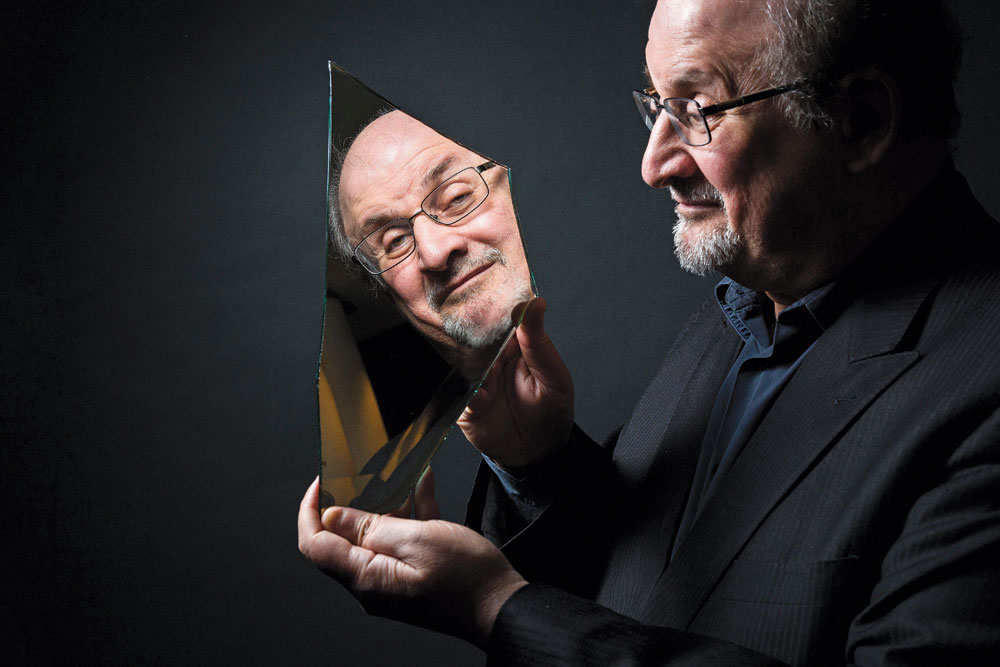 
It was on Valentine’s Day, in 1989, that Salman Rushdie lost the world. In the year when freedom was breaking out in Eastern Europe, where writers and artists dared the lie of ideology and won, Rushdie was the enemy a tottering Islamic Revolution wanted, as if it was so fragile that it would collapse under the weight of a novel. The Ayatollah put a price tag on his head, and Rushdie became the world’s most missed exile after Solzhenitsyn.  Stories kept him alive in the darkness of homelessness, and the allegory of a storyteller on the run resonated across his post-fatwa novels. The fatwa never went away, but the enchantments of storytelling made it redundant. Or that’s what we thought. Or that’s what perhaps Rushdie himself has come to believe.

Then came the horror at a New York literary event. There was still someone out there—lone wolf or not, we still don’t know—who thought Rushdie must be punished for his stories. Those stories, heralded by the first cry of Saleem Sinai in Midnight’s Children, brought out more than the magic and melancholy of the subcontinent’s chutnified history. They were told by a writer who could not resist an argument with a world of unfreedoms, a world inhabited by deformed hallucinators floating in the pathologies of power.

The Satanic Verses, one of the most misread novels of our time, has at its core an argument about losing faith, about transmigrations and the wages of revelations. There’s an Imam in the novel for whom history is a lie. His counterparts in real life and their political apologists, doubling as literary critics, banished the author for putting his word against the Word. Invoking an angry god, the offended defenders of a faith stormed a satirical magazine in Paris and killed. They dreaded stories and cartoons and films.

In such a world where faith is paranoid and silences the deviant, Rushdie is a tireless evangelist of freedom, a defender of “wonder tales”. “The truth is that truth has always been a contested idea,” he writes in an essay. He seeks them in the rustle of language, in the sighs and sorrows of freedom that infuse his stories. The attack on him is a reminder that the pursuit of truth is always pitted against the bloody profanities of faith.

“Reality has become so contested, fragmented and politicised that maybe only the imagined world can be coherent,” Rushdie told me in our last conversation, after the publication of his fourteenth novel, Quichotte. Someone is still wielding the knife to control reality, to shape it after scriptural truth. The attack on Rushdie, who is as old as independent India, shows how much we need him to save our freedom from the reality controllers.

Join us in our prayers for Salman Rushdie’s quick recovery.

Testament of the Wonderstruck
Salman Rushdie: “It’s the first time I’ve allowed myself to write a self-conscious fiction about the making of a fiction”
“That the world that you knew, and that in a way made you— that world vanishes. I don’t think I’m alone in that,” says Salman Rushdie
‘There is Nothing Endearing About the Present Reality’