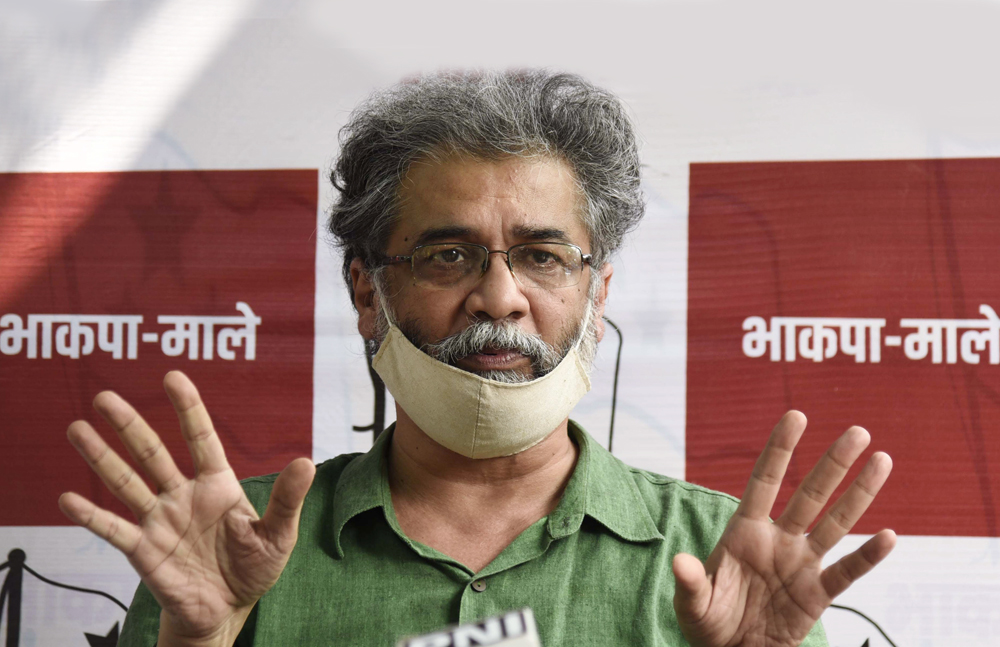 
Communist Party of India (Marxist-Leninist) Liberation, or CPI(ML) Liberation, also called the Liberation group, which won 12 of the 19 seats it contested in the fiercely fought Bihar election, says that it would have won 8-9 seats on its own even without its tie-up with the Rashtriya Janata Dal (RJD)-led Mahagathbandhan (MGB), or grand alliance, which won 110 seats to the 243-member assembly where the Nitish Kumar-led NDA secured three seats more than the 122 seats required to form the government.

Liberation group’s General Secretary Dipankar Bhattacharya told Open that the Left bloc, along with his party and the CPI and CPM, should have been allowed to contest 20 more seats from the 70 assembly seats allotted to the Congress party in the state. “Congress should have contested from 40 seats so that it wouldn’t have been overstretched like it happened this time in Bihar. Here, Congress did not have the strength to fight those many seats. The rest 30 should have been divided among the RJD which could have taken 10, Liberation another 10 and the rest 5 each to the CPI and the CPM,” he told Open on the phone from Patna, emphasising that the outcome of the polls would have been different if that were the case. Of the 29 seats the Left parties contested, it won 16 seats. CPI and CPM contested from six and four seats, respectively, and won two seats each.

Talking of the resurgence of the Left in the state of which his party is the biggest gainer, he said this was the first time the Liberation group was in a major coalition and that despite winning only three seats in the last assembly, it had the organisational strength and influence among significant sections of women, farmers, students in Bihar, besides others. “Yes, like other communist parties, we also suffered losses after the rise of social justice politics of Lalu Prasad, but because we have been active since the 1970s in people’s issues, we were able to hold on to our strongholds in the state much more than others did,” Bhattacharya told Open adding that the rise of both Prasad and Nitish Kumar in the state politics hurt the Left parties with both making announcements to attract disadvantaged groups into their fold over the past three decades. “But we still worked hard in the cause of the most disadvantaged people,” notes the leader whose party had a Naxalite past before it decided to take a plunge into electoral politics.

Bhattacharya says the MGB campaign was effective and this election was different from previous ones because, according to him, it literally became an agitation, a ‘movement’, against the ruling parties in the state and the Centre as angry young people came together and voiced their opposition to the policies of both the Centre and the state. He doesn’t share the view that the BJP stood to gain in this poll notwithstanding the reverses the JD(U) of Kumar had to suffer because of internecine wrangling within the NDA. “They are an alliance, and the people were angry about the lockdown that was enforced without applying much thought. They were unhappy with the measures that the Centre took and did not take over jobs and other concerns,” Bhattacharya argues. “The assertion of the people was heartening to see and it shows that no party is invincible or has an unassailable lead in this country and a coordinated fight can bring anyone down,” he avers. Although many pollsters, with a single exception, had predicted an MGB landslide, finally the NDA won the election against a high-spirited challenge from Tejashwi Yadav, the leader of the MGB and 31-year-old son of RJD paterfamilias and former chief minister Lalu Prasad, who is currently lodged in jail for corruption.

Bhattacharya, however, adds that the grand alliance could have done better. “Our strike rate (12/19) is what everybody is talking about. That was enough for a test match. But this election was 20-20 cricket and the strike rate should have been more,” he says laughing. “The full credit for the grand show of the opposition in this election goes to the people of Bihar,” he adds matter-of-factly.

Dwelling on the lessons from the Bihar experience for anti-BJP parties, he told Open that in states like Bihar and others where elections are nearing, the Left parties should see the BJP as the primary rivals and not let the secular forces weaken each other. He hastened to add, “This doesn’t mean I am advocating an alliance with the Trinamool Congress in West Bengal. That party is very problematic. But we can ensure that secular votes don’t get split and that a good fight is put up against the BJP, which is emerging as a strong political player in Bengal.”

Asked if this was an election – in a state where caste is the most predominant factor in polls – that saw people rising above caste lines to organise themselves as a class, he answered with a mild guffaw, “Caste is dynamic. It is not as regimented as one thinks. Caste equations change. Caste and class issues both emerge in polls. Life is more important and people draw inspiration from what they see around them and how they live. There are no codified rules on how caste sentiments affect elections.”