Mehul Choksi: A Fugitive in Paradise

Mehul Choksi is not an island among the global elite 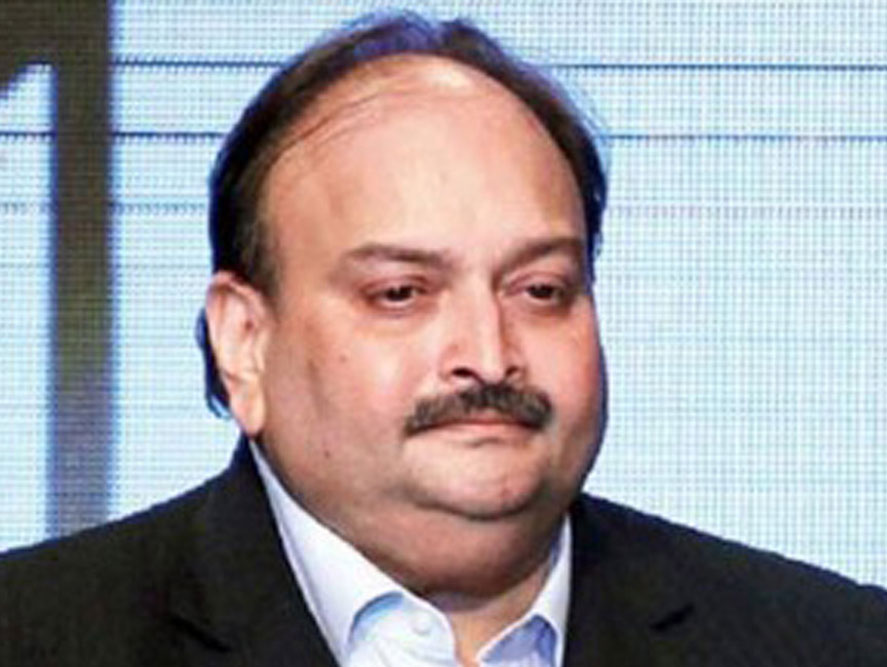 Antigua, the Caribbean island which, with Barbuda, forms an island nation ringed with coral reef, was a destination of past stalwarts. Like Christopher Columbus, who not only landed there in 1493 but christened it Antigua in honour of the “Virgin of the Old Cathedral”. Equally dazzling is the array of the pay-and-migrate island’s new residents, from poet Archibald MacLeish (“For all the history of grief/An empty doorway and a maple leaf”), cricket legends Viv Richards and Andy Roberts, Virgin Atlantic mogul Richard Branson, highly colourful former Italian Prime Minister Silvio Berlusconi, Italian fashion designer Giorgio Armani, or Eric Clapton, the famous English guitarist.

Tucked into this glittering list is Mehul Choksi, 62-year-old Indian diamantaire and ‘scamster’, and owner of Gitanjali Group, who landed in St Johns in 2018 after fleeing from India. The baggage he left behind was about a dozen fraud cases, the tip of which is a bank fraud of Rs 13,500 crore on Punjab National Bank, the second largest public sector bank in India. His modus operandi, allegedly shared between him and his nephew, Nirav Modi, was to use fake Letters of Understanding to direct bank loans to dubious clients abroad. While Modi is languishing in a London prison as he defends himself against a determined Indian attempt to get him extradited, uncle Choksi appeared to be smarter as he got stationed among the well-heeled in Antigua, at the farthest end of the Atlantic. It was a ‘safe’ distance from India and its law enforcement agencies, or so it seemed to him.

Unfortunately for him, things began to take an unexpected turn. Since May 23rd, Choksi got himself at the centre of what could be a Graham Greene thriller—with a night walk on the sea beach, a dinner with a mysterious girlfriend, abduction by a gaggle of goons of whom “some looked like Indian”, and finally landing up about 100 nautical miles to the south-east, in Dominica, another Caribbean island nation. While the Choksi saga had just about found traction in the quietude of life in the islands, another dimension was added when a Qatar Airways Embraer jet chartered by the Government of India landed in Dominica on May 28th with loads of documents on Choksi and teams from the CBI, ED and the Ministry of External Affairs. Going by the speed of the Government planning, logistics and action, all in five days, it had a touch of the famous surgical strike.

But the legal team from India didn’t have early success as the Dominican high court insisted on having Choksi tried for unlawful entry; nor would the magistrate’s court grant him bail. Besides, Choksi’s elder brother, Chetan, who appeared in Dominica all of a sudden, appeared in court in the company of Lennox Linton, the leader of the opposition. The court, however, remained firm on denying Choksi bail and opined that the diamond trader had a Red Interpol notice and he could be a “flight risk”. Besides, the court did not consider the circumstances in which Choksi had arrived in Dominica, for which the date of hearing was fixed on June 14th. Till then, he will rest at Dominica China Friendship Hospital, where he is recuperating from the injuries he suffered during his reported abduction.

Meanwhile, mystery deepened on Choksi’s alleged girlfriend in Antigua. Prime Minister of Antigua and Barbuda Gaston Browne declared from a local radio station that “Mehul Choksi made a mistake and the information we’re getting is that Choksi travelled with his girlfriend, but he was caught in Dominica and now he may be deported to India.” Gaston identified this “girlfriend” as Barbara Jarabica who, according to Caribbean media, is a property consultant educated in London School of Economics. But Choksi’s wife, Priti, has stoutly denied that “the woman seen with” her husband is named Barbara. “Where is she?” Mrs Choksi asks, “being witness to my husband’s kidnapping, how can she disappear from the case?”

Like Greene’s Our Man in Havana, the Choksi story has layers upon layers of lies and evasions. Who will be interested in finding Choksi in a land outside Antigua? India, obviously, as Choksi became Antiguan citizen in 2017 and so enjoys constitutional protection that comes with citizenship. Was travelling with Barbara, or whatever her name, a honey trap? Probably, as it could only be suicidal for Choksi to move voluntarily to an unprotected domain. Why are politicians in the Caribbean islands taking such strong positions on l’affaire Choksi, with incumbent rulers insisting on seeing the back of Choksi and the opposition politicians being soft on him? It can well be because diamond traders carry the most portable ready cash, which is the fuel of politics everywhere.