The Maoist movement in its present form will be most likely over in the next few years. The geographical influence of Maoists has contracted to 41 districts from 96 about 10 years ago 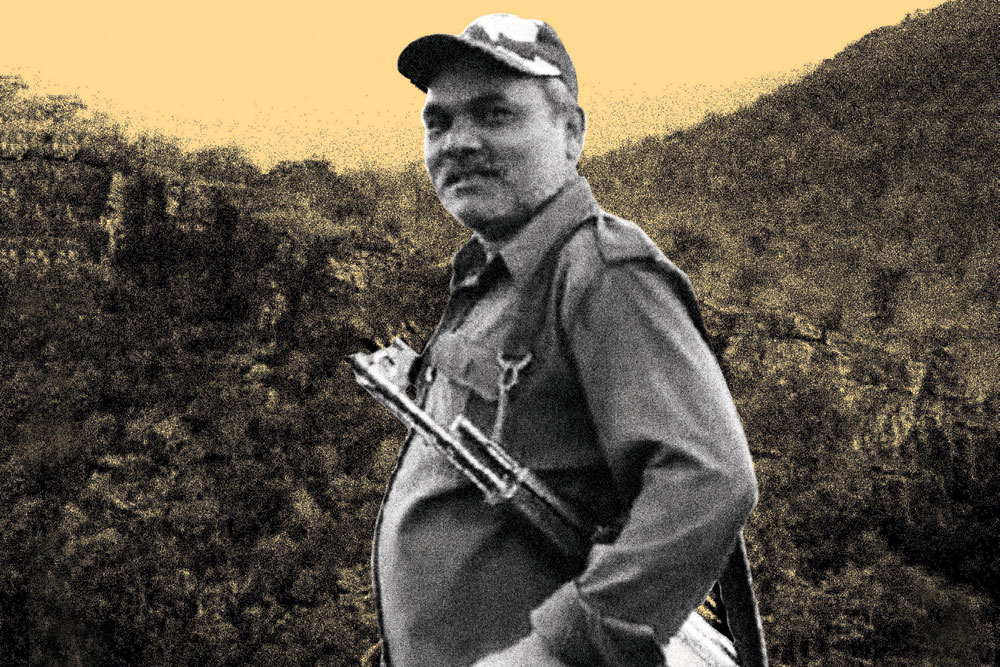 
TOWARDS THE EVENING of November 13th, a long gun battle between Maoists and security forces in Gadchiroli, along the Maharashtra-Chhattisgarh border, came to an end. As the preliminary identification of the slain 26 Maoists began, what the Gadchiroli police were hoping for turned out to be true.

The dead included a senior Maoist commander, Milind Teltumbde, alias Jeeva, who had been eluding security forces in the area for a long time. As a member of the Communist Party of India (Maoist)’s Central Committee—its highest decision-making body—Teltumbde carried a reward of ₹ 50 lakh on his head. With his death, the Maoists have lost one of their most experienced leaders. Those killed also included Teltumbde’s bodyguards, Tilak Jade, alias Pradeep, and Manso Boga, alias Vimla.

Teltumbde had been assigned the task of creating the MMC (Madhya Pradesh-Maharashtra-Chhattisgarh) zone about five years ago. As Maoists came under pressure from security forces in Chhattisgarh, they began looking for new areas to create their base. In January this year, intelligence reports pointed at the crossing over of at least one company of the CPI (Maoist) (about 100 guerrillas) to two Tribal-dominated districts of Madhya Pradesh, Balaghat and Mandla.

“With his death, the Maoist leadership will find it hard to expand further, at least in the MMC zone,” said a senior police officer in Gadchiroli.

Teltumbde, who was a trade unionist in his younger days, joined the Maoists sometime in the mid-1980s. It was right after the formation of the People’s War Group (PWG), a Maoist group that joined another Maoist group, the Maoist Communist Centre (MCC) in 2004, to form the CPI (Maoist). The movement attracted many Dalit youth like Teltumbde who came from poor backgrounds—both his parents were labourers. After high school, Teltumbde underwent some basic technical training and joined a coal mine as a technician.

The PWG predominantly attracted youth in the Telangana region. From 1978 onwards, through their student, youth and agricultural fronts, the Maoists made inroads into the hearts and minds of people. Many senior Maoist leaders come from the north Telangana region of Andhra, especially from the three districts of Karimnagar, Khammam and Warangal (bordering Chhattisgarh).

The first PWG cadre to be killed in police action was Peddi Shankar, a 23-year-old Dalit worker from Adilabad, who was killed in Maharashtra’s Chandrapur (neighbouring Gadchiroli) in November 1980. Like Teltumbde, Shankar also worked in a coal mine before he joined the Maoists.

In the mid-1990s, Teltumbde married a school teacher, Angela Sontakke. She was later arrested and then granted bail by the Supreme Court. Teltumbde’s brother, Anand, is a renowned scholar and married to BR Ambedkar’s granddaughter. Of all his siblings, Anand managed to get himself a top-class education, including a degree in engineering and management. He worked in the corporate sector before he became a professor at institutes, including IIT, Kharagpur. He is currently in jail in the Elgar Parishad case, in which even his brother was an accused.

The term ‘Urban Naxal’ has been much abused in current times, and is often used to suppress dissent. But at one point in time, the Maoists (or the Naxals) had, at the peak of their strength (in the mid-2000s), elaborate plans for creating unrest in the cities, especially its industrial areas. In this plan, leaders like Teltumbde played a pivotal role. Several senior Maoist leaders or ideologues were arrested or killed in cities like Delhi, Pune, Nashik and Chennai. These include Kobad Ghandy, Patel Sudhakar Reddy, Solipeta Kondal Reddy, Shakhamuri Appa Rao. But, beyond a point, this blueprint did not work.

In the past few years, even in their strongholds in central and eastern India, the Maoists have become considerably weak. The infighting has also resulted in the surrender of many Maoist commanders. Also, in several places, including in Bastar, Adivasis have turned against them in several pockets. Reasons abound. One, the security forces have entered several areas where earlier they had no presence. Two, due to some development work undertaken in these parts, many hitherto inaccessible areas are no longer so. In the cut-off area in Odisha’s Malkangiri district, for example, the building of a bridge over the Gurupriya river has resulted in over 150 ‘Maoist’ village strongholds becoming connected with district headquarters. In Bihar and Jharkhand, many of them have turned into petty criminals and vice-versa.

A day before the Gadchiroli encounter, the Jharkhand police managed to arrest a veteran Maoist leader, Prashant Bose, alias Kishen Da, one of the founders of the MCC. The septuagenarian Bose was arrested along with his wife, Sheela Marandi. The Jharkhand Police chief Neeraj Sinha said Bose had trained many of the existing leaders in the CPI (Maoist), as he had been in the movement for more than four decades and was the second-in-command of the party. He said Bose’s arrest had given them an “ocean of information” which would take months to analyse.

The heady days of attraction for the Maoists among educated city youth are gone. There may be a sympathiser here or there, but the youth are not joining the Maoists like they did in their yesteryears of glory.

The Maoist movement in its present form, experts say, will be most likely over in the next few years. In September, the Centre said that the geographical influence of Maoists had contracted to 41 districts from 96 about 10 years ago.

But there is a need to understand that even now the CPI (Maoist) has the capability to launch deadly attacks against security forces. Also, in most Maoist-affected areas, the objective conditions of poverty and deprivation remain mostly unchanged. Even now, despite piling anger against atrocities committed by Maoists, there are large pockets of sympathy for them among the Adivasi population in their areas of influence. Last year, reports surfaced of Maoists trying to regain a foothold in their erstwhile strongholds in Telangana.

With Bose’s arrest and Teltumbde’s death, the Maoist leadership has shrunk. It will be interesting to see if this will lead to further arrests and surrenders from among the party leadership.