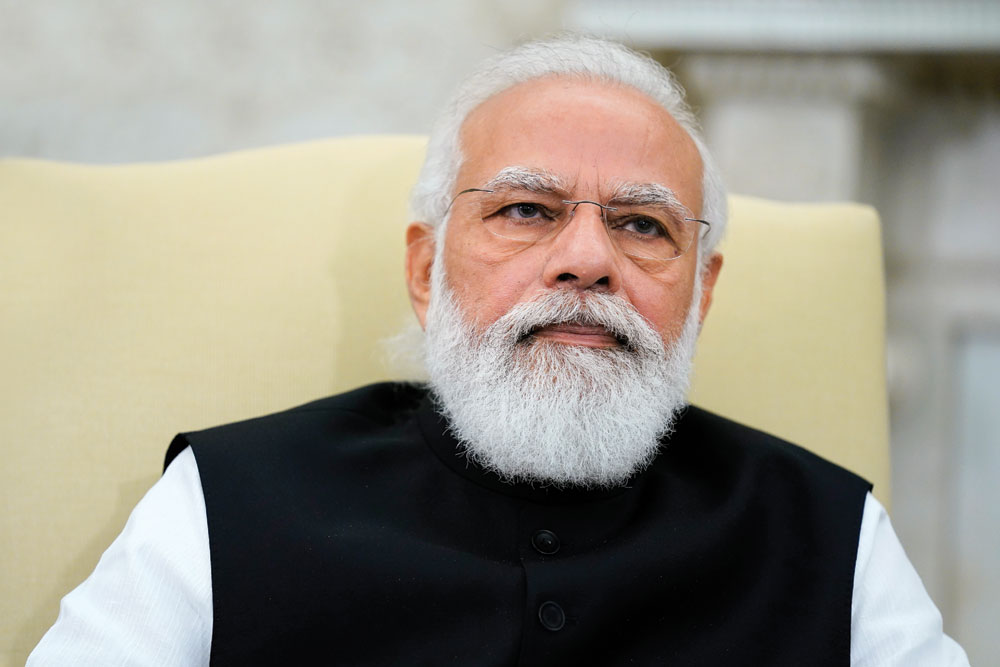 
Prime Minister Narendra Modi on Sunday gave a call to make India a developed nation in the next 25 years when it will record its 100th year of Independence and set out a five point roadmap that includes setting big goals, shedding all remnants of a mentality of slavery and taking pride in the country’s heritage and traditions.

Addressing the nation from the ramparts of the Red Fort on the nation’s 75th Independence Day, the Prime Minister said “The next 25 years are very important, the dreams of all, the resolve of the nation is needed to make India a developed country (viksit Bharat). Any trace of slavery (ghulami) should not be allowed to remain. This is our virasat (heritage). We should be proud of it.”

The Prime Minister said the rise of aspirational sentiments were to be seen in every section of society and this could lay the foundation of a national effort to make India a developed nation. “In the last 8 years (of his tenure) I have seen and recognised a great ability (Samarth). Aspirational society is a big asset to the country. People are not ready to wait, they want to see progress in a short span of time,” he said.

The five vows the Prime Minister set out in his speech were to make big resolutions to achieve ambitious goals, to remove all traces of mental slavery, pride in our heritage, being united and displaying unitedness and duties of citizens, the last which he said included the Prime Minister and chief ministers. In the course of his speech, Modi elaborated on each aspect, explaining how they were connected with the goal of making India a developed nation.

He said the rise of aspirations posed a challenge to governments which need to keep pace with the times. “Some may find this (aspirational sentiment) disconcerting. Governments are on the sword’s edge (with regard to public expectations) and an aspirational society will not wait,” he said.

The Prime Minister referred to the “har ghar tiranga (a tricolour in every house)” campaign and said there was a new awakening that social scientists were unable to fathom. “We have a new strength. The world looks at us differently, India is seen as a problem solver,” he said. Modi repeatedly stressed that India’s global image had changed as it achieved significant goals like delivery of 200 crore anti-COVID shots.

“How long do we have to seek global certificates? We need to set our own standards. We don’t need to look like others,” Modi said and referred to the national education policy, which is seen as a major effort to promote teaching and knowledge in Indian languages.

Elsewhere in his speech, the Prime Minister stressed on the need to provide women equal opportunities and gender justice which he said were essential to a nation’s progress. In this context, he said he was expressing a personal pain at language that was sometimes used to run down women.

In the light of recent political opposition to anti-corruption action by central agencies, the Prime Minister said that there is a need to ensure that persons guilty of graft are not celebrated. Corruption was a major sign of weakness in any society and no efforts should be spared to act against it. Importantly, he spoke of the need to promote meritocracy, saying nepotism was not just a political factor and was apparent in most institutions.