Jason Bourne: The Nameless One

Part of America’s outlaw tradition, he lets his fists and guns do the talking 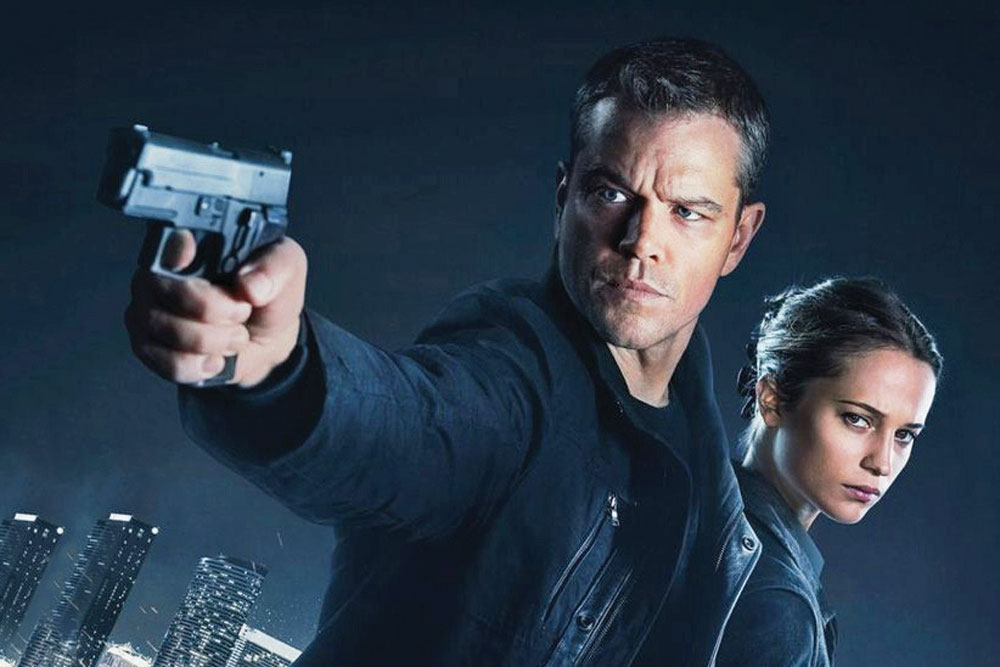 AMERICA HAS A long history of outlaws, beginning with Billy the Kid, usually gunslingers who would ride into town and shoot at someone’s will. No one quite knew their names or where they came from. Hollywood Westerns capitalised on this fascination with these no-name cowboys and later movie characters such as Rambo, a popular movie fran­chise in the 1980s. It made Sylvester Stallone a global star. As a Vietnam War veteran, he would go from conflict to conflict, killing as he was told.

Jason Bourne, as he was written by Robert Ludlum in the 1980s, who came to define airport bestsellers, was part of that tradition. A Vietnam War veteran, he was hired by the Central Intelligence Agency as a killer, until he became too hot to handle and had to be retired. By the time Hollywood wanted to adapt him, the world had changed. In fact, the first movie in the series was ready even before 9/11 happened in America. It was finally released in 2002 when paranoia in America was at its peak.

Twenty years on, Bourne and the world seem to be made for each other. Who better than an assassin who had no memory of his past and, seemingly, no future to embody an apocalyptic world in which every conspiracy theory seemed to be coming true? Jason Bourne, the man with a target on his back being hunted down by his own one-time bosses, seemed to be the perfect answer to an America under attack from regimes it had once promoted and sponsored. Ludlum’s movies, like his books, were great yarns, and few yarns were more riveting than a man who seemed to know his way around the bylanes of the great capitals of the world but had no idea who he was.

When The Bourne Identity was released in 2002, James Bond was still played by the wisecracking Pierce Brosnan, who was trying to not Die Another Day while flirting with Halle Berry and Rosamund Pike. Soon, Bond would be played by Daniel Craig, he of the paper-knife jawline and perennially morose countenance.

Unlike Bond, Bourne didn’t need dialogue, drinks, or even a dinner jacket. He was raw, elemental, trained to kill with his bare hands or any gun possible. He could jump out of windows, off roofs, and even off ledges, without waiting for Q’s gadgetry or M’s orders. He used his own wits, sometimes relying on nothing more than a ballpoint pen against highly trained assassins.

The three Bourne movies between 2002 and 2007 (The Bourne Identity, The Bourne Supremacy, and The Bourne Ultimatum) also highlighted a new globalised world where everyone’s digital footprint was instantaneously available through CCTV footage, phone records, and bugs. And yet, the romance of Bourne was that he was “built to disappear” in a world of constant surveillance. These themes seemed even more relevant, in a post-Edward Snowden world, when Matt Damon returned for an encore in 2016 for Jason Bourne with Paul Greengrass.

Remembering everything doesn’t mean you know everything, a young CIA agent, Nicky, says to Bourne in Jason Bourne, in a world awash with conspiracy theories and fake news. Ludlum didn’t ever consider himself a geopolitical commentator but as a storyteller, perhaps, he could see where the world was going with its transnational social media behemoths and its authoritarian democracies. More often than not, it was governments with secrets to hide that were his villains, and Bourne was the potential whistleblower. It was a replay of the Citizen Activist and the Evil State. How quickly could the Citizen Activist weaponise his or her knowledge and bring down the state? Or, would the state snuff out any flicker of independent thinking? Jason Bourne was not merely a puppet spy, he was a man ready to die for our freedom.

Or, maybe he was merely a trained killer who happened to have passed his expiry date? In a spy versus spy world of expendables, no tears needed to be shed to mourn him. But perhaps it’s the allure of The Man with No Name, the great Western anti-hero played by Clint Eastwood who preferred, like Bourne, to let his guns do the talking in Sergio Leone’s trilogy.