An interview with Gautam I. Menon, Professor, Departments of Physics and Biology, Ashoka University 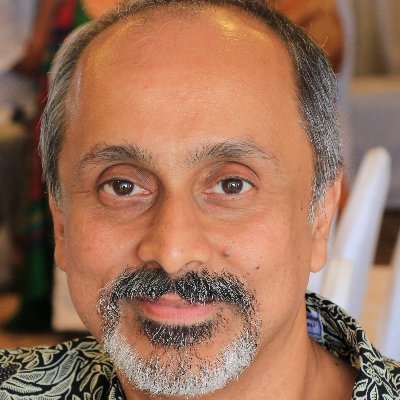 
For someone whose key interest in the past was mostly related to superconductors, Menon is now focused on building models of infectious diseases. While his intellectual pursuits are eclectic, and includes statistical physics, soft condensed matter physics, mechanobiology and so on, he has lately been busy helping develop mathematical and computational models for COVID-19 spread in India. As he states in his website, “Understanding how good models can inform public policy is especially important to me.” This modelling expert, however, has always had reservations about the ‘super model’ to forecast Covid infections which was commissioned by the government of India. The second wave of the Covid pandemic in India has vindicated his opinions and criticism. Excerpts from an interview:

You had said as early as October last year, warning against the ‘super model’ approved by the department of science of technology to predict Covid infections. Six months later, what are the new learnings from the failure of this model?

The main failure, for me, was to overestimate the fraction of Indians who had been infected by about October-November. The result that India had more than 60% infected at that time was clearly wrong. Apart from that, the model was somewhat primitive – it did not even have age-structuring or a proper discussion of infection fatality ratio.

Do you think there was a concerted effort to undermine the role of epidemiologists in formulating a model for the pandemic? Or was it out of ignorance or both?

I think the choice of the specific people to lead this effort, who had no background in looking at data or talking to epidemiologists, as well as what seemed to be to be their disdain for epidemiology – reducing it only to a matter of solving equations on a computer – was the fundamental error.

What do you suggest should be the process of ‘unlearning’ at this stage? Should there be more clarity on this? Should those behind this model accept its limitations to begin with and publicly state that they were wrong? What stops them from doing so?

I personally thought the model was somewhat naive and not very good. It was not based on any deep epidemiological understanding of COVID-19. I don’t have a problem with their publishing what they thought was a reasonable model. I object, though, to important decisions being taken on the basis of those models without a wider consultation.

What is generally the global practice whenever the world is in the grip of a contagion while developing such a mathematical model?

The best practice would be to have a number of different modeling groups with their projections aggregated. This usually works far better than reliance on just one model.

What are the ways in which Covid-19 continues to shock and surprise mathematicians? How different is this pandemic from most others?

The disease is not that different fundamentally from others, such as influenza, which is also transmitted through a respiratory route, kills only a small fraction of people it infects and mutates on a regular basis. What makes this hard to handle from a public health standpoint is the large number of asymptomatic infections.

Could we have predicted the intensity of this ‘second wave’ if we had a better model in place?

No, not at all. A mutation is a random event so cannot be predicted. However, some false optimism may have been generated by the statements that the modelers made and this may have translated into policy. I did not get the impression that the modelers were aware of the effects of the South African or UK or Brazil variants and attempting to understand the impacts of those.