Hands in the Mud

When planting a thought is space-time medicine 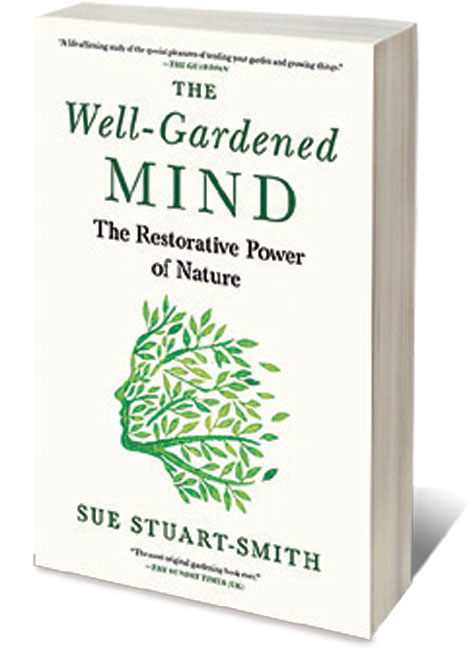 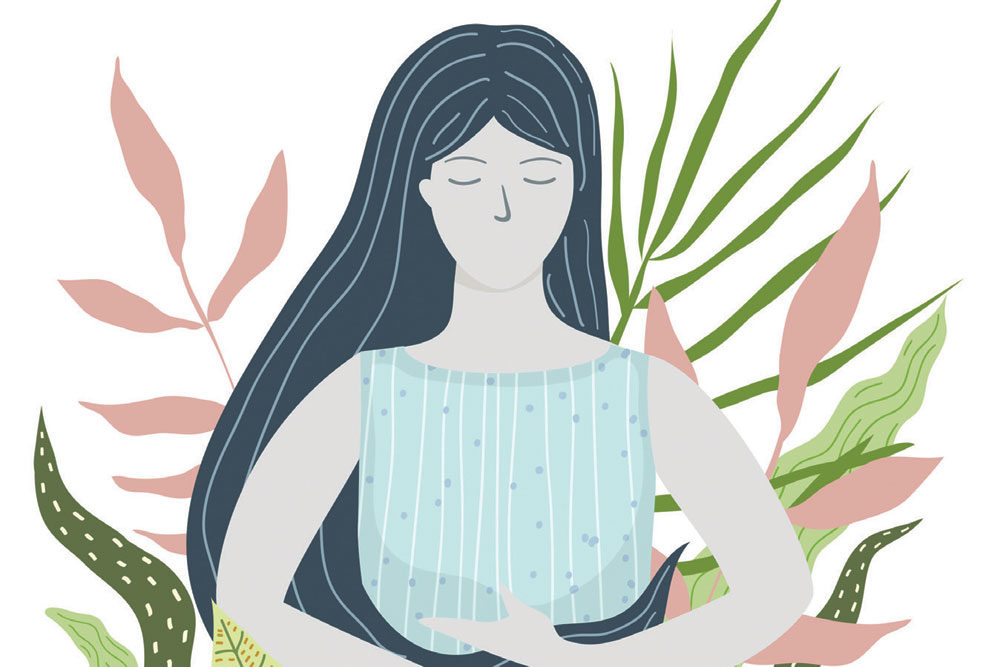 
HAVE YOU EVER thought of your mind as a garden? Of connecting what you do with your plants with what plants do for your well-being? Sue Stuart-Smith is a psychotherapist who has written The Well-Gardened Mind: The Restorative Power of Nature (Scribner; 352 pages; $28) in which she tackles the question of how our mind and emotions respond to gardens. How plants and gardens nurture our minds and souls, and what we have lost in urban spaces through ‘plant blindness’ (our city brains filter out plants from our awareness) are some of the questions she tackles in the book. She effortlessly weaves in findings from psychoanalysis, neuroscience and behavioural studies on the importance of plants in shaping our emotional responses, making each chapter a joy to read.

How is gardening connected to our sense of well-being? Gardening, she says, can be understood as a form of space-time medicine. Working outdoors helps expand our mental space and the growth cycles of plants can alter the relationship we have with time. There we experience slow time by connecting with the natural rhythm of life. Wake up with the sunlight, eat when one is hungry, listen to the wind rustling through the leaves, look at the changing intensity of the monsoon clouds and listen to the bird calls. One doesn’t need to name the bird or the plant or the tree. It is merely about observing as we inhabit the present. While looking out of the window, I spotted a bird that looked like a mynah in the bough of a Gulmohar tree. It was giving itself a bath from the rain droplets on the leaves. Just noticing its fierce concentration in its plumage lifted my spirits.

There is a scientific basis to being observant. She points out that observing movement such as a kestrel or some other bird flying high above makes our brain simulate those actions and movements through the activity of mirror neurons. These neurons fire up as if we were making the movements ourselves, as if we too were flying in the vast expanse. Then, time doesn’t slip by as a series of moments lost where all we can do is regret their passing. Gardening gives us a larger story into which we can slot these moments and not feel regret, she says.

But we also need to cultivate a future orientation too, she says. Gardening helps—one has to think of seeds to sow now for the flowers to bloom two months later. When we sow a seed, says Stuart-Smith, we plant a narrative of future possibility. It is an action of hope. For instance, I have decided that this winter, cosmos, impatiens and petunias will be the flowers in the garden. I will grow cosmos from the seed, which means I have to sow them this month so that they will begin blooming in late October.

Drawing on geographer Jay Appleton’s psychology of landscape, she points out that we prefer being in spaces that combine elements of ‘prospect’ with elements of ‘refuge’. That’s how we assess our physical surroundings in terms of possible hazards and scope for protection. A garden satisfies this need for a safe enclosure without entrapment. War veterans and others recovering from post-traumatic stress disorder benefit from such gardens, and recover their sense of trust. Psychologically, tending to a garden repairs our broken hearts and minds. Caring for a garden can help recover a sense of self-compassion; depression is usually accompanied by feeling of failure and harsh self- criticism, she says. In our pandemic state, we are prone to neurasthenia—a state of insomnia, depression, anxiety and irritability—that was often diagnosed for the wealthy and the intelligentsia in the late 19th century. Walt Whitman and Theodore Roosevelt were among the sufferers who were given the nature cure, which is not available for those of us under a lockdown.

Taking care of plants helps us through difficult times. In my case, I began with a single hibiscus planted in memory of my dear Labrador. I mixed the ashes with the earth. I then spent many hot afternoons in nurseries, particularly Sunder nursery, looking at plants, and wandering along the pathways. Attachment and loss go together, says Stuart-Smith, drawing on research in this area. As humans, we are primed to seek reunion, not to dis-attach, so there is nothing in our biology that helps us deal with loss. Mourning is something we have to learn from experience. To cope with loss we need to find a safe haven, and nature provides us with one. Gardening, which is about setting life in motion, helps us recreate our world anew, she says.

More than just observing, gardening makes us work with our hands. She cites a study by a neuroscientist that a belief in our ability to shape our lives originates through shaping our physical surroundings. When actions produce a result we can see, feel and touch, we feel more connected to the world around us and have an increased sense of control. This is called learned persistence where one has to make an effort to shape the world around us. In contrast is ‘learned helplessness’ which involves feeling at the mercy of external events, which our present state under the pandemic embodies. Those of us who do only mental work or tech-related work have lost something vital to our mental wellbeing, she says.

You could be someone (like me) who had never grown a single plant. Yet, when you begin earnestly, listen to the advice of the gardeners in the plant nurseries, and learn from the mistakes you make, the plants then bloom and grow bountifully. Anybody, I have realised, can grow green fingers. Stuart-Smith concurs and advises us to aim for a ‘good enough’ garden.


When we sow a seed, says Sue Stuart-Smith, we plant a narrative of future possibility. It is an action of hope

One can start gardening at any age. Studies have found that in middle age, we can experience a surge of creative energy, a phenomenon called ‘generativity’ (we take a perspective beyond our own life). In contrast, if the passing of time makes us feel ‘what is the point?, we are likely to enter a state of stagnation in which life loses meaning.

Psychiatrists, she says, have shown that the second most important thing after cultivating close relationships is how we spend our time—not so much in productivity but in generativity and creative play. Hobbies are to be cultivated, and if that hobby is gardening, one doesn’t have to have a plot of land, or even a balcony or terrace. Just looking at the trees on the roadside, or in the neighbourhood park will do. One of the joys of living in Delhi is how green and complex and biodiverse it is. The brain needs to see complexity and variety, which are important in terms of nature’s restorative effects, she says. In his book, Alick Percy-Lancaster, the superintendent of Sunder Nursery in the early 1950s remarks, ‘New Delhi is a city which contains more trees per square mile than any other city in the East if not in the whole world.’

Stuart-Smith revives an interesting connection of warfare with gardening. She says that the idea that one might counterbalance the other has ancient roots. ‘Writing in 329 BC, Xenophon described how for Persian kings, the art of war and the art of husbandry were considered two of the ‘noblest and most necessary pursuits.’’ Churchill too was serious about war and gardening. So was the first Mughal emperor Babur who designed many gardens in Kabul and later in India. German and British soldiers, doctors, chaplains posted on the front created small gardens in flowerpots made of spent shell casings during the stalemates and periods of inaction. For instance, in one of the German dugouts was a garden complete with auriculas, shrubs and roses in tubs, right in the middle of the fighting! Why? Because death may come at any moment, yet meantime life must be lived—a phrase that can be applied to our pandemic-stricken 2020. Plant nurseries in India and elsewhere are reporting a rise in sales of houseplants and medicinal plants during the pandemic.

Once one begins to garden, one spends a lot of time thinking and dreaming of the garden. I have spent hours making plans for my rooftop garden—how to make it more symmetrical without losing the exuberant wildness. Thanks to the pandemic, I walk on my rooftop for an hour. While pacing up and down, I conjure up new arrangements for the bamboo and fountain grasses, the small ficus trees, the blue flowers of the plumbago, the vivid scarlet of the bougainvillaea, the bright yellow lantana and the deep red roses. Doing is a way of experiential learning, she says, not only about nature but about ourselves and what we are capable of. That kind of learning underpins our cognitive development by knitting things in some sort of personal relevance. But one should also recognise that this constant planning is also part of always ‘doing’. So, sit back and just be in or with the garden is her advice. I plan to do it tomorrow. Today I need to finish a bit more ‘doing’.