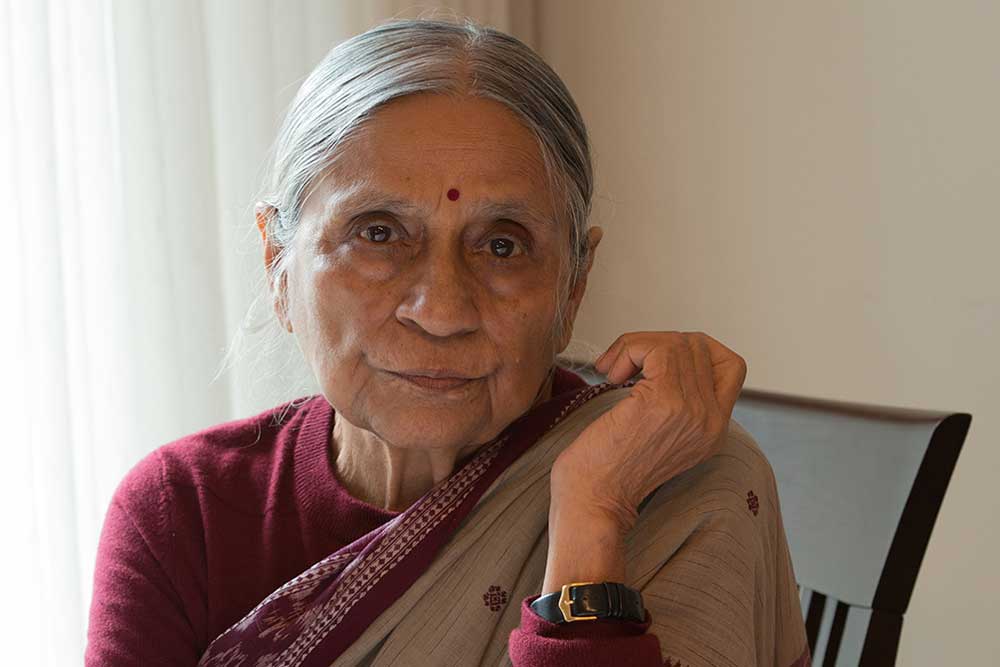 
When Ela Bhatt, at 76, walked down the ramp wearing a white embroidered sari designed by Hansiba, SEWA’s first artisan, in Ahmedabad in 2009, it was another move reflecting her foremost concern— taking up the cause of poor working women.

Every barrier she broke was a step in this direction. It was at the Textile Labour Association (TLA), where she joined the legal department as a law graduate, that Elaben had met women who worked in the unorganised sector, including the cloth market. She founded SEWA (Self Employed Women’s Association) in 1972. What began in Ahmedabad is now the largest such movement across the country of 2.1 million informal women workers covering 18 states. “Self-Reliance is the ability to work individually and collectively, to achieve economic freedom, and retain decision-making power over matters that concern our lives and livelihoods,” says SEWA’s official site.

Known to have faith in Mahatma Gandhi’s values, her efforts were aimed at self-reliance for the women. She delved deeper into their problems — helping them open a cooperative bank, that got them access to banking, legal services, housing, insurance and health services. Bhatt, who was born into a family of freedom fighters, began as a lawyer. Her association with student leader Ramesh Bhatt, whom she later married, changed her life, as she dedicated herself to the women’s movement in the informal sector.

Several accolades came her way, from within the country and outside. She was a member of the Rajya Sabha, became advisor to the World Bank and in 2012 came in for praise by Hillary Clinton, who was US Secretary of State then. Her awards include the Padma Bhushan, the Ramon Magsaysay Award and the Indira Gandhi Peace Prize. After she passed away at 89 in Ahmedabad on Wednesday, following a brief illness, condolences poured in from various quarters. Prime Minister Narendra Modi said in his condolence message that she will long be remembered for her efforts to promote women’s empowerment, social service and education among the youth.