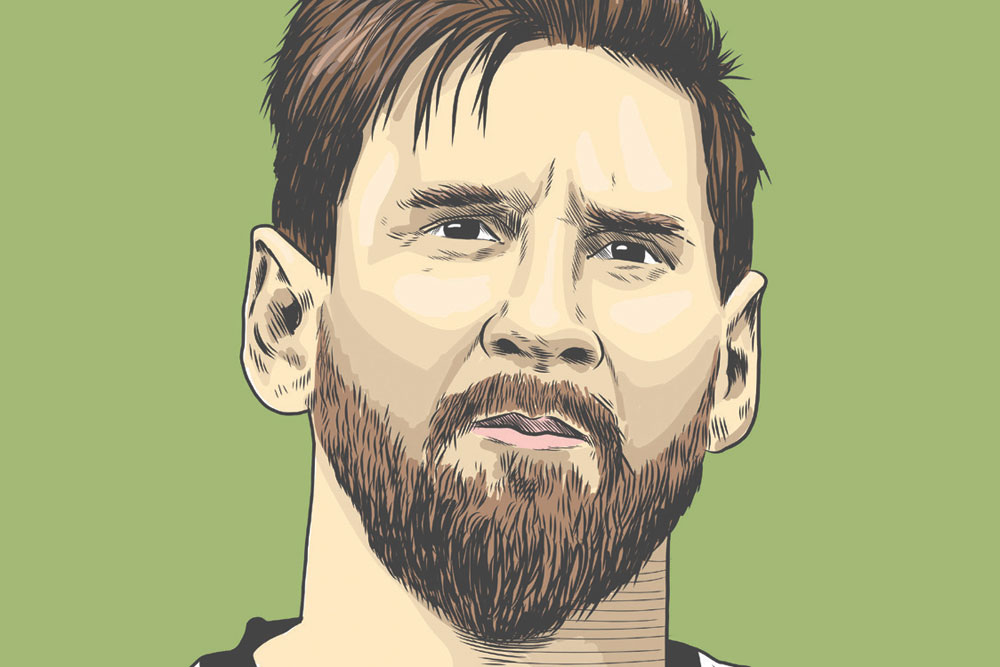 
LIONEL MESSI HAS dropped a bombshell. After 20 years, six Ballons d’Or, six European Golden Shoes, 34 trophies and 634 goals, football’s greatest superstar wants to part ways with the club where he has spent all his professional life. Unsurprisingly, protests erupted outside Barcelona’s Camp Nou stadium—some even broke in—demanding the sacking of the club’s president. One news outlet described it as the equivalent of Mona Lisa becoming available on the art market.

Messi and Barcelona may have had a long and fruitful relationship. One that began at a tennis club, when the club’s then general secretary Charly Rexach signed him, a 13-year-old prodigy but physically small because he suffered from a growth hormone deficiency, the agreement famously reached on a paper napkin. The relationship has deteriorated now. The serviette has been replaced by legal letters. And the conversation between the player and the club is now taking place between lawyers.

The immediate reason for his inclination to leave might appear the humiliating 2-8 drubbing the team received against Bayern Munich recently, but Messi’s disillusionment with the club has been visible for some time. He has spent the last few years watching players come and go. He apparently wanted the Brazilian star Neymar back in the team and urged the club to get him. But the club failed him; and there are reports he doubts if the management were even sincere in their efforts. The club’s boardroom has been reported to be divided by infighting. Messi himself didn’t get along with the club president Josep Maria Bartomeu; and there had been a falling out with the sporting director, Eric Abidal, who had criticised “some players” for not working hard enough. At 33 years of age, Messi has spent most of his best years in the club, but despite his individual brilliance, the club hasn’t quite been living up to its promise, and the cabinet has been bare for the last few years.

Messi’s disillusionment can be traced at least to 2017. When he renewed his contract with the club, Messi had an escape clause inserted. The club may have to pay €700 million ($828 million) to buy him out. (Juventus, in comparison, picked up Messi’s rival Cristiano Ronaldo for €100m, or $117 m, from Real Madrid a couple of years ago.) But Messi’s get-out clause in the contract, as has been reported, allows him to terminate the relationship unilaterally as long as he invokes it at the end of a season.

Much now rests on the technicality of that clause. Does it state a specific date in June, the period when the season normally comes to an end? Or does it read something like ‘the end of the season’, which can lead to a dispute—perhaps even in court—since Europe’s soccer season got postponed because of the pandemic.

Irrespective of whether or not the buyout fee has to be paid, or how much it is eventually negotiated to, Messi will not come cheap. He is reported to earn more than $70 million a year in salary currently. With the economy in a tailspin, there are only a few who can afford that kind of money.

Will Manchester City, owned by a member of Abu Dhabi’s royal family, reunite Messi with the legendary manager Pep Guardiola, under whom he spent his best period at Barcelona? According to rumours, Messi has been in contact with Guardiola the last few days. Or what of Paris Saint-Germain and its Qatari owners who if they got Messi, along with Neymar and Kylian Mbappé, would set up a mouthwatering three-front attack? There are other suitors too. Milan’s Internazionale, owned by the Chinese billionaire Zhang Jindong; Manchester United and Chelsea, two of the richest clubs who also happen to share Messi’s biggest sponsor, Adidas. None of them can be counted out.

If the Mona Lisa of football is really on the market, then this is truly a once-in-a-lifetime opportunity for many. Recession or not, many of these clubs might break their banks to trigger one of the fiercest bidding wars in history.

The world got a hint of what Messi had been thinking last December when he picked his sixth Ballon d’Or. He had suggested then that his end wasn’t far, leading to panic and Bartomeu assuaging fans with ‘Messi para rato’. There is still a lot left in Messi. As it turns out, Messi might have a few more years. Not just at Barcelona.