It might take a good part of the initial months of 2022, but the end of Omicron could also signal the end of the pandemic 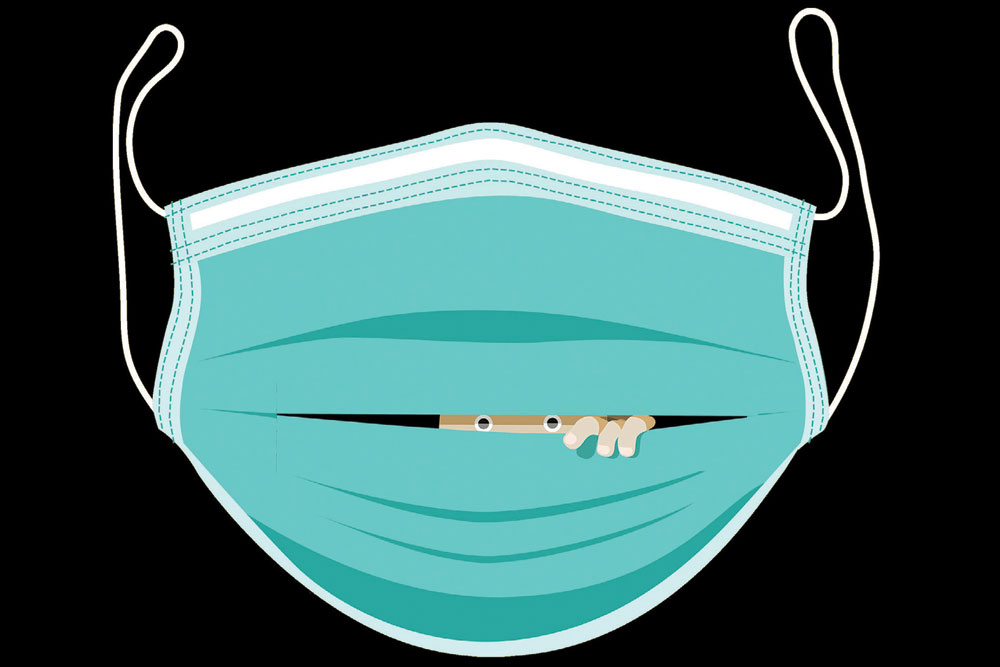 
EXACTLY A YEAR AGO, few in India had anticipated a second wave. As it turned out, 2021 saw not just Delta but Omicron, too, catching it at its tail end, and now it is clear that the third wave is on. The pattern remains the same. First, the biggest two metropolises of India—Mumbai and Delhi—and from there to the cities, and eventually it will spread to smaller towns and villages. In 2022, there is however very little shock in the offing for a number of reasons. For one, the Government was not complacent. Shocked by the devastation of the second wave which they did not expect, they have been constantly on the watch for the next one. Whether the preparation, in terms of ramping up oxygen production, has been adequate remains to be seen once the wave peaks, but it is unlikely that this is going to be a year when bodies float down rivers. Some credit for this must go to the vaccination drive. More than 1.4 billion doses of vaccines have been given, and 60 per cent of the population have got at least one dose. This should offer some level of protection to a majority of Indians. Also, as far back as July, an Indian Council of Medical Research survey had found that two-thirds of the population had already got infected. So, add that protection too to the population.

But the main reason why 2022 will be different is because of the virus itself. Omicron spreads like fire on dry tinder with the wind to give it more speed, but it is one that doesn’t scorch the earth. In South Africa where it began, Omicron came and went just as suddenly over the course of a month and when the toll was calculated, everyone was heaving sighs of relief. In the UK and the US where it is now doing the same, it is clocking unheard of numbers but hospitals aren’t begging for beds, oxygen cylinders and ventilators. There are hospitalisations but they have been manageable. Early signs of the same phenomenon are being seen in Mumbai, where the cases are skyrocketing, but neither hospitalisations nor deaths are showing a commensurate increase.

This is, in fact, how the pandemic should play out. The virus mutates, one of the new variants catches hold and begins to dominate because it is able to transmit more easily. But it is able to do this precisely because it has become less lethal. The more dangerous it is, the sooner people fall ill or die and are unable to spread it. The virus is also becoming more benign because it has now familiarised itself with humans. There is no sudden shock to the system from an enemy never seen before leading to the unleashing of cytokine storms. Omicron is that portal to what is expected to be the ultimate destination of the pandemic—endemicity or easy coexistence between the two species. It might take a good part of the initial months of 2022, but the end of Omicron could also signal the end of the pandemic. This is a wave so massive that few are going to be left untouched but the overwhelming majority are going to be asymptomatic, the overwhelming majority of the symptomatic are going to be without any great distress. There will be the unfortunate fraction for whom it will be serious and fatal but, relative to the past, it will still be considerably less.

What will come after Omicron? There will be other variants but they may either not have the global reach of the last two or, even if such a variant comes up, it may also be just as or even less damaging than Omicron. Meanwhile, in this year, most Indians will likely become vaccinated, a large percentage will also get booster shots. And then come the actual treatments, like the anti-Covid pills by Merck and Pfizer, one of which is already in the Indian market. There will be other such medications that are in the pipeline and will see rollout. The year is beginning with the worst wave that India will possibly see but it is also marked by so many powerful tools all coming together that, short of some radical unexpected change in the virus itself, it is hard to see how 2022 will not be the year of the endemic. This is as much what many are predicting. The World Health Organization (WHO), for one. Its Director-General Tedros Adhanom Ghebreyesus thinks that the pandemic will soon be over if one simple condition is fulfilled—that of vaccine equity. There are enough vaccines but if they reach everyone and not the rich countries alone, then the probability of Covid’s defeat is greater. That is the objective the WHO is working towards. Thanking an organisation that was assisting them in this, Tedros tweeted on January 5th: “Thank you @ONECampaign for joining us in the drive to vaccinate 70% of people in ALL countries by the start of July 2022. If we achieve #VaccinEquity, we end the pandemic.”

Another person who is predicting the end of the pandemic this year is Bill Gates, whose foundation has been at the forefront of the response against Covid. He wrote in a post on his website that at the least, the acute phase of the pandemic would be over this year and it would become endemic. This was because the world was at its best prepared now in tackling the pandemic and catching Omicron so early was itself proof of that. He added: “Although it [Covid] is currently about 10 times more lethal than flu, vaccines and antivirals could cut that number by half or more. Communities will still see occasional outbreaks, but new drugs will be available that could take care of most cases and hospitals will be able to handle the rest. Your individual risk level will be low enough that you won’t need to factor it into your decision-making as much. It won’t be primary when deciding whether to work from the office or let your kids go to their soccer game or watch a movie in a theater.”

Should that come to pass, the global economy will pick up the pace again. All sorts of uncertainties still lurk around the corner, from inflation to supply crunches, but once the world is convinced that Covid is no longer the all-important bogey, there can be a real movement towards picking up the pieces. The investment bank JP Morgan came out with a report in December forecasting that this would be a year of growth. They said: “We expect the virus will continue to have a diminishing impact on economies and markets, even if certain sectors remain vulnerable to an increase in COVID-19 cases… The global economy should emerge from the pandemic era stronger than it was before.” Historically, too, the end of pandemics is usually followed by a global boom, an explosion of pent-up energies, in almost every stream of human activity, from culture to economy. 2022 might be the beginning of it.