On its 60th anniversary, Bangalore Little Theatre produces a nine-volume collection of all its plays performed over the decades 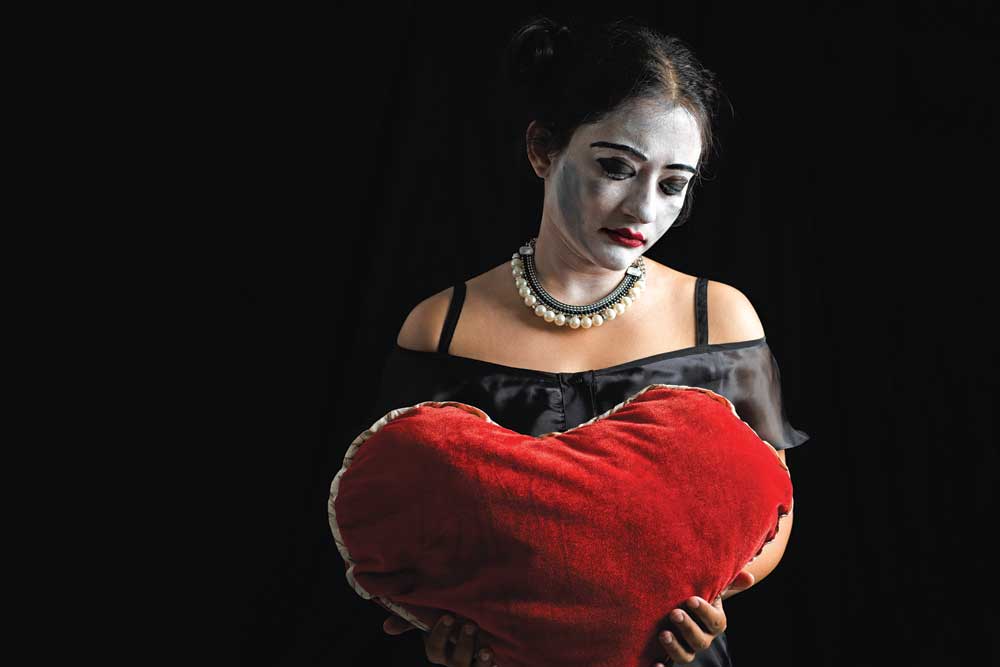 
THE POET IS an inventor—he creates, destroys and recreates. I am an explorer and having discovered something I must cling to it. Thus there is no competition between us. I must say in all humility that we complement each other’s activities.”

These words, spoken by Mahatma Gandhi to Rabindranath Tagore, trans­port us to the freedom struggle when the two thinkers debated furiously even as they acknowledged each other’s great­ness. Their conversations about Indian independence have been recreated into a compelling play, ‘The Prophet and the Poet’, by Vijay Padaki, an eminent theatre personality and founder trustee of Bangalore Little Theatre (BLT). The iconic community theatre troupe is celebrating its Diamond Jubilee this year. As part of the group’s celebrations, the members have just released three volumes of plays: Four Classics on the Indian Stage, The History of Ideas (which includes ‘The Prophet and the Poet’) and Children’s Theatre. The remaining six volumes will come out later this year.

At a time when live performances sound like a faraway dream, these books enable theatre lovers to feel the energy of the stage and relive the addas in the rehearsal rooms. The books are antidotes to the lockdown inertia as they capture the magic of drama, reveal nuances in characters and trigger a discussion on the history of theatre and its sustenance. The volumes are part of BLT’s long-term commitment to theatre.

“We will be taking these works to as many schools and colleges. These are stageable manuscripts. I feel this is a great contribution to the education of young men and women. It is also a way of documentation of the amount of work BLT has put in,” says Revathy Ashok, a trustee and board member.

Conceptualised under the New Voices programme, which addresses the dearth of playwrights in India, published by Vitasta, The Four Classics on the Indian Stage features translations of Sanskrit, Tamil and Kannada works and BLT’s first ever Indian play in English Mrichhaka­tika performed in the 1960s. The History of Ideas, a collection of original plays from BLT members, pictures life through the eyes of personalities such as Swami Vive­kananda, Tipu Sultan, Mahatma Gandhi and Albert Einstein. ‘The Prophet and the Poet’ which was performed in 2009 has done more than 110 shows, and the venues include Sabarmati ashram and auditoriums in the US and Trinidad and Tobago. The Children’s Theatre features their landmark play ‘The Ungrateful Man’, a tale from the Panchatantra, which was written and directed by renowned educationist and artist David Horsburgh in 1966.

BLT was born in 1960 in a post-colo­nial India when English theatre meant bedroom comedies for the expat com­munity living in Bangalore. However, theatre artists, Scott and Margaret Tod, a Scottish couple, had different plans. An electrical engineer by profession, Scott came to India for a posting in Bangalore, carting with him a treasure trove of skills he internalised from the Little Theatre movement; decentralising theatre activ­ity from London and disseminating high quality theatre widely through training, outreach and community involvement. The fellow expat community was quick to be drawn to this man. However, he felt uncomfortable about their colonial atti­tude and went on to form BLT along with a few more expats of different countries and a sizeable group of Indians in 1960.


“The British always took pride in their theatre culture. However, the World War changed everything. Theatres were closed and London was bombed. They decided if they prided themselves so much in their theatre, why not go to the grassroots? The professional actors went out of their way to do community theatre. Even though they did theatre professionally, they retained the amateur status. They did not want to make a living out of theatre, but rather preserve the theatre tradition,” recalls Padaki. And this is the spirit carried forward by BLT since its birth.

‘Think globally and act locally’ has always been their tagline. BLT has never remained insular, but always opened itself to other cultural currents taking place in the city like the blossoming of Kannada, Urdu and Hindi theatre. “Many of the stalwarts on the Kannada stage and screen have been members of BLT. The 70s was a wonderful period for Kannada theatre; with new writing, and professional inputs from the National School of Drama, we evolved new tech­niques. We have always acted from a space of collaboration,” says Padaki.

Award-winning playwrights such as Mahesh Dattani and Poile Sengupta have also been a part of BLT. Theatre doyen CR Simha who acted and directed Kannada adaptations of A Midsummer Night’s Dream and Othello has also been associ­ated with BLT. Filmmaker MS Sathyu directed American play­wright Douglas Huff’s ‘Emil’s Enemies’ at a festival organised by BLT in 2003. Arundhati Raja, theatre personality and co-founder of Jagriti Theatre in Bengalu­ru has also had a stint with the BLT.

THE SUMMER PROJECT on Theatre (SPOT), an apprecia­tion programme, has created generations of theatre viewers and critics. They receive at least 100 applicants a year, of which 20 are selected. Kannada actors and filmmakers such as Shashank Purushotham, Gulshan Devaiah and Pawan Kumar have also been a part of the SPOT programme. Padaki adds, “Even if three continue with BLT, we are still happy. The rest might have other day jobs or they might be going abroad to study. But we do not see that as a loss. They are going to be added to the pool of informed audiences. They are there to watch the BLT plays and promote them by recommending us to other people and bring them to watch our plays.” Deepak, a graphic designer, says he had no idea of theatre when he first came to BLT. But a few sessions into SPOT, he was hooked. “The community word is real in the case of BLT. I made very good friends during my stint in SPOT which is programmed for 12 weeks and within this time, we get to know each other pretty well. It’s like a great family. We feel like we are part of something. Rehearsals are the most exciting. The energy is just great. Where else do you get to sit, talk about everyday things, and sip chai for hours these days?”

Over the last 60 years, BLT has created a theatre ethos in Bengaluru, though its playwrighting modules, theatre appreciation programmes and outreach activities in schools. “BLT has always kept its door open to everyone. That’s our philosophy. It’s not membership or subscription driven,” says Sridhar Ramanathan, the current convener and trustee and a member of BLT for many years.

BLT has not let the pandemic kill its spirit. During the lockdown, they presented a Zoom adaptation of Silappadikaram, the story of Kannagi in which the actors from their comput­ers enacted a story harking back to an ancient time. The theatre collective has also begun to curate an online we­binar series called ‘Let’s Talk Art’ with theatre personalities. 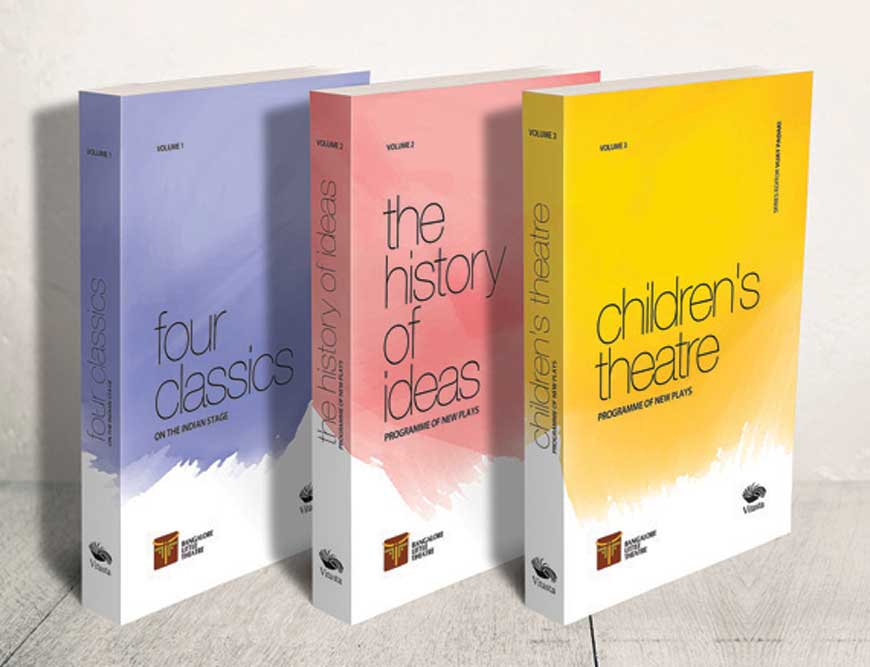 Revathy says the group is inher­ently democratic and volunteer-driven. When they began, Scott had warned them of three poisons that could affect a theatre group, recalls Padaki. “One was a star-complex system. The others were fi­nancial carelessness and founder-centric management.” In 1962, the group gave themselves a constitution and members of a managing committee were elected. This has ensured a system of transpar­ency and a legacy that is thriving into its sixth decade.