Will the first oral antivirals change the course of the pandemic? 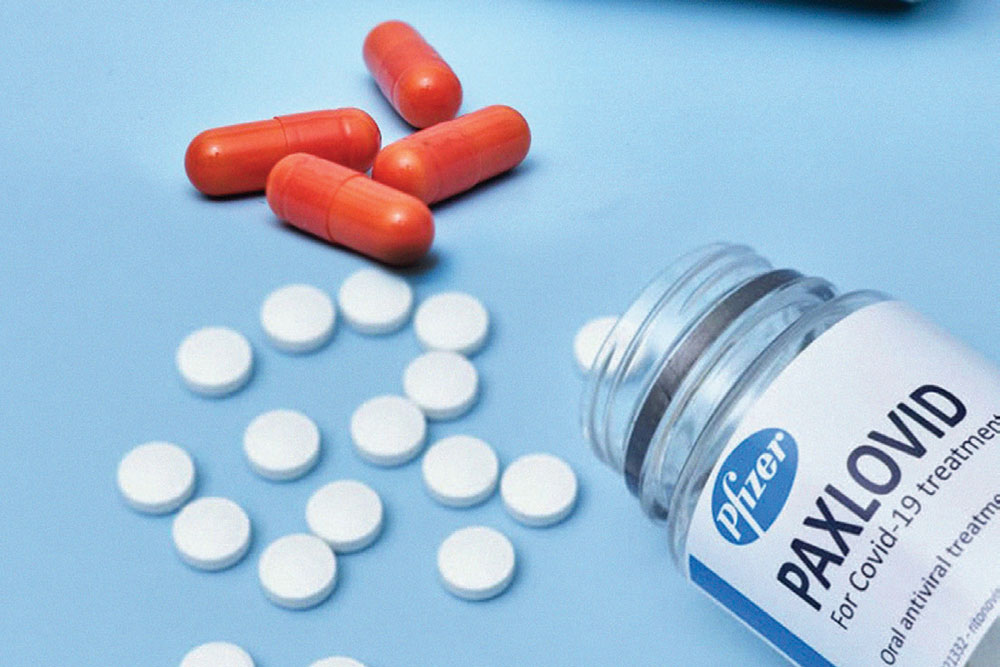 AS THE WORLD stands on tenterhooks once again, watching nervously as the Omicron variant ratchets up infections, with fears of the mutant’s ability to break through the protection provided by vaccines (although still to be effectively confirmed), some measure of hope has now fallen on two new antiviral drugs.

Pfizer’s paxlovid and Merck’s molnupiravir have shown promising results in the early data of their efficacy. Pfizer recently announced that paxlovid has been found to cut hospitalisations by 89 per cent, and Merck claimed in October that its molnupiravir reduces hospitalisations by half. Merck’s full trial data, submitted to the US Food and Drug Administration (FDA) later, however, showed far less effectiveness, decreasing hospitalisation risk by just 30 per cent. Several countries, however, have approved molnupiravir, from the UK to Bangladesh (where a generic version of the drug is being manufactured). Pfizer’s paxlovid, in contrast, has garnered considerable excitement. And US President Joe Biden has now placed an order for enough pills to treat 10 million Americans, with the delivery of these pills beginning as soon as the end of this year.

So far, the search for drugs to treat Covid has mostly led to disappointments. Throughout the course of this pandemic, from hydroxychloroquine to remdesivir, several have been hailed as gamechangers, but more than a year on, we know that their impact has been negligible. Of those currently in use, they are either too expensive, can only be administered in hospitals, or their ability to improve a patient’s condition is limited to a small subset of the infected. But there is considerable excitement about the new antivirals, because unlike most others, these are easy to administer—they are pills that can be taken at home—and also relatively cheap to produce.

Ever since its full trial data was submitted, molnupiravir however has lost its early lustre. Merck’s initial study group had included 762 people who received four pills of either the antiviral or a placebo twice a day, for five consecutive days, between May and early August. A second group included 646 people who received the same treatment between August and early October. While participants’ rate of hospitalisation or death dropped by half if they took molnupiravir rather than a placebo in the first group, there was almost no difference in outcome between those who took the antiviral and the placebo in the second group. This could mean that the drug isn’t as effective against the Delta variant since this strain became dominant globally only during the time period when the trial of the second group was being conducted. There are also some worries about molnupiravir’s novel mechanism of action, where it works by incorporating itself into the virus’ RNA, creating errors and preventing the virus’ ability to replicate. While a scenario where Covid-19 survives the antiviral, mutates and becomes enhanced is unlikely (although not impossible), critics of the drug point out that it hasn’t been tried on immunocompromised people who might have difficulty fully clearing the virus from their bodies, even with the antiviral’s help, thereby leading to the possibility of such a mutation.

In the case of Pfizer’s paxlovid, it is taken in combination with ritonavir, a widely used HIV drug. While paxlovid is expected to block the activity of an enzyme that the virus needs to replicate, ritonavir slows the patient’s metabolism, allowing the drug to remain in the body at a higher concentration for a longer period to fight the virus. While the full data of its tests are yet to be released, Pfizer claims its early findings demonstrate 89 per cent efficacy in preventing hospitalisation and death when taken within three days of symptom onset.

It is still very early days. But finding an effective oral antiviral for the disease has been a high priority for scientists throughout this pandemic. Could this finally be it?