A Passage to the Void

Calamities, natural and manmade, lead to a vast increase in the number of orphans and the fallout can change the course of societies 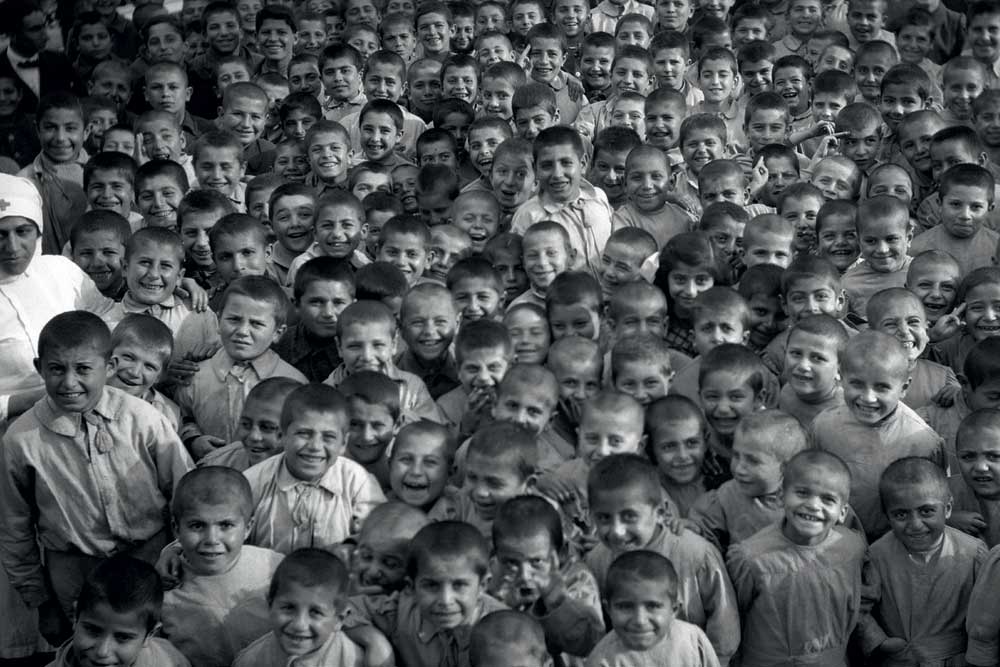 
MOST PEOPLE WILL END UP AS ORPHANS. Older people die earlier as a general rule and no parent is younger than their offspring. The timing of the orphaning matters, however. A 50-year-old man losing his parents has a separate experience to a 20-year-old. A little child left to negotiate the world without the usual support will end up a very different person than if he had not met with the tragedy. To be rendered an orphan is to go against the order nature willed, at least for humans. The young need to be protected and nurtured until they are able to be independent. Then they enter into relationships and have children of their own and the cycle repeats. To face the world without that umbrella, to become an adult with that loss, is to have to create a new path which has no template. It is more than the cruelest cut even if, as with natural disasters like Covid, there is no one that can be held responsible for wielding the knife.

Orphaning follows great calamities as night follows day, and pandemics are great exemplars of this. Take AIDS. It ravaged through Africa, leaving a horrifying trail of death all through the 1990s and the beginning of the new millennium. Children without parents were left behind in astonishing numbers. An Economist article of 2002 would peg their numbers for the year before at 34 million in the continent. It is only half the story. There is then the fallout to such a swathe of children without parents to give them direction. If the state is developed and able, then they can take care of orphans in either orphanages or by providing foster homes, but in such large numbers, even that would be questionable. With a lot of Africa being dysfunctional poor countries, the social cost became huge. The article said: ‘Orphans are far more likely than other children to miss school, turn to begging or prostitution, fall sick, fail to be inoculated, pass on diseases, and die young. In Mozambique, 68% of children with both parents alive attend school, compared with only 24% of those with no parents. Hard-won development gains and increases in life-expectancy are now being reversed across Africa. Orphans are often disruptive. In Latin America in the 1980s, street children drove up crime rates and were both the perpetrators and the victims of horrendous violence. Africa’s orphans are far more numerous. Crowds of them congregate at traffic lights in Nairobi, Lusaka and Johannesburg, begging, sniffing glue and pilfering. Many are traumatised, having watched their parents slowly waste away and die.’

Like pandemics, the other major calamity, but this one manmade, that leads to an explosion of orphans, is war. Taking the definition of orphans as children who have lost one or both parents, UNICEF estimated that there are 140 million of them in the world—‘including 61 million in Asia, 52 million in Africa, 10 million in Latin America and the Caribbean, and 7.3 million in Eastern Europe and Central Asia.’ Conflict is a major reason for it. In its 2020 Orphan Report, Humanitarian and Social Research Center (INSAMER) noted: ‘Today, it is clear that wars and internal conflicts are the main causes for an ever increasing number of orphans. With regard to countries such as Syria, Iraq, East Turkestan, Somalia, Mali, Sudan, Palestine, Afghanistan, Central African Republic, Egypt, Kenya, Nigeria, Yemen, Myanmar and Algeria have a large number of orphans, these are either regions of conflict or are ruled by oppressive regimes with most of them scenes of large conflicts in recent history. The number of orphans in these countries corresponds to almost one third of all orphans worldwide. Humanitarian crises resulting from natural disasters are foremost among the reasons for children losing their parents. About 500,000 people lose their lives and millions of people suffer great financial losses every year due to disasters. One of the most devastating consequences of these disasters is without doubt the thousands of vulnerable children left behind.’


In her book, The Lost Children, Tara Zahra touched on how the League of Nations sought to address the issue of orphans created after the Armenian Genocide by Turkey

It is incumbent on society to find a solution, at least when the conflict is no longer there. And everyone tries. In the aftermath of the World Wars, orphanages shot up, so did the issue of transferring them to their rightful countries now that maps had been redrawn. In her book, The Lost Children, Tara Zahra touched on how the League of Nations sought to address the issue of orphans created after the Armenian Genocide by Turkey: ‘In February of 1921, the League Council established a Commission of Inquiry with Regard to the Deportation of Women and Children… In its first report to the League in September 1921, the Commission estimated that 90,819 Armenian orphans had already been reclaimed from Turkish families and institutions, mostly through the efforts of private Armenian groups, Near East Relief, and the British High Commission. But another 73,000 women and children reportedly remained in captivity. Armenian authorities maintained that at least six thousand children were still being “detained in Muslim surroundings” in Constantinople alone, and that another 67,000 were hidden in Turkish families and orphanages in Anatolia.’

Children are the most vulnerable constituents of any society but it is not an intuitive truth because we don’t see them as removed from their families. So long as they are part of one, their vulnerability is subsumed by the unit that protects them. But remove the family edifice, then what is a child to do in a world seething with evil? Until he comes of age, he is a soldier without any weapon in emotional, social and economic battlegrounds. And then he carries that baggage. It is not necessarily stories with sad endings. Many triumph over their circumstances and go on to shape history. Moses, the prophet who led the Jews out of captivity, was an orphan, according to the Bible. The founder of Islam, Muhammad, too, was an orphan, raised by his uncle. It might be a reason why the Quran has many verses on how to protect the rights of orphans. Another historical figure who was raised by an uncle after both his parents passed away was Aristotle. Like Muhammad, he reshaped the world but this time, through the antithesis of religion—science. And in his writings, he recognised the frailty of children and the importance of development and, perhaps it was his own absence of parents, that made him set store on the guidance of able and moral teachers. The passage on Aristotle in the Encyclopedia of Children and Childhood in History and Society reads: ‘The behavior of children is akin to that of licentiousness in adults, Aristotle says; but while adults are capable of knowing that they are licentious, children are not. Children should be trained in the direction of virtuous conduct but cannot engage in such conduct until their intellects develop in such manner that they can determine which means to employ in the pursuit of moral and social ends. This is why children need teachers who conduct themselves according to high moral principles.’ From Akbar to Confucius, Genghis Khan to George Washington, Nelson Mandela to Peter the Great, the imprint of orphans is a running story in the shaping of the world.

The idea of the orphan makes for readymade characters in fiction, which is why they have always been the subject of great literary works. One of the most famous is Oliver Twist by Charles Dickens, which, through the story of a boy adrift, became the story of the underbelly of England with its exploitation and crime even as it was turning the superpower of the world. Oliver Twist was written in the first half of the 19th century. In recent times, an orphan would become the most popular character among children across the world. Consider what would Harry Potter be if he was not an orphan? Would there even be a book there? Or take superheroes, who stand at the top of the pop culture chain today. Is there Batman if his parents had not been killed as a child? Isn’t his entire existence an attempt to try to correct that moment of loss? Superman is an orphan, so is Spiderman. Tarzan, too. Their plight makes them fertile for heroism. Childhood absences make them something greater than what they would be if they had an ordinary upbringing.

Last year, in the middle of the first wave, as I was talking to an elderly acquaintance, I mentioned the Spanish Flu when he suddenly said that his grandmother had passed away soon after she delivered her child in that pandemic of 1918. In an outbreak that is said to have killed 18 million in India, this would be just one more child who grew up without a mother or father, or both. We have no real documentation of any of that toll, what it must have been like for those children. Possibly, the joint family system in India left children a little less marooned and the stories remain in the memories of the family, like secret sorrows the world was not interested to hear.