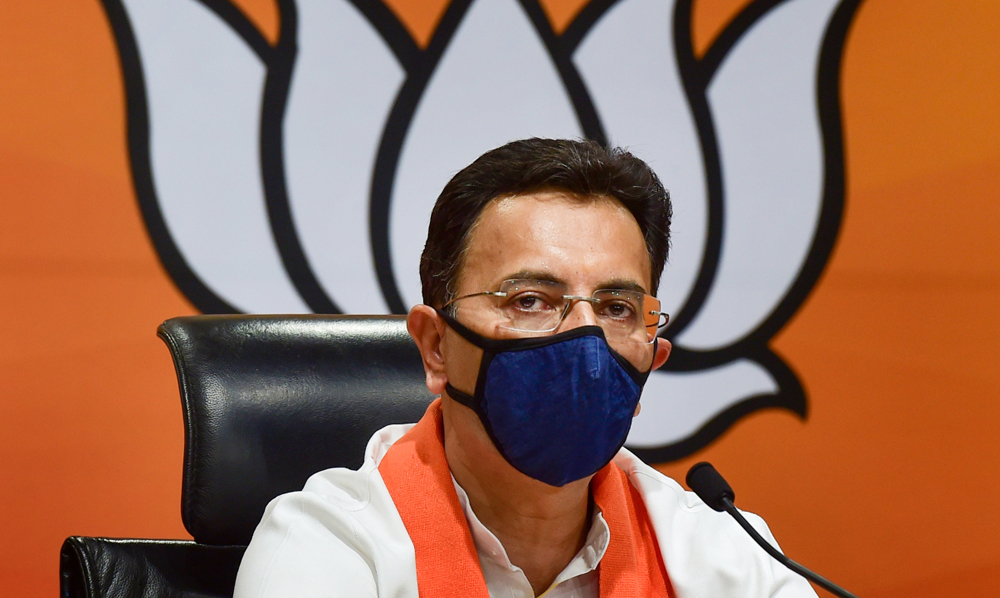 
Exactly a year ago, Congress leader Jitin Prasada set out to give voice to the Brahmins of Uttar Pradesh (UP) through a dialogue on social media, accusing the Yogi Adityanath government of targeting the community. Under the letterhead of the Brahman Chetna Parishad, a non-political platform launched by him in 2017, he wrote that there had been several attacks and killings of Brahmins and announced a communication platform to be set up in every district under a “Brahm Chetna Samvaad”.

A day is too long in politics. A year is an aeon. Prasada, a Brahmin from UP, joined BJP, the party under whose government he had alleged that the upper-caste community was getting a raw deal. His Twitter account brimmed with welcome messages from BJP leaders, including one from Adityanath, who said his presence will strengthen the party. Prasada always wanted to be Congress’ Brahmin face in UP. He will now be flaunted by BJP as its Brahmin face, as part of the party’s strategy to turn around the very impression Prasada himself had of the state government on its approach towards the community. Ever since the Yogi government came to power in UP, Prasada has tried to hone his image as a messiah for the Brahmins, reaching out to them, personally and through social media.

The 47-year-old Congress leader, who was the youngest minister in the Manmohan Singh Government, had reportedly mulled joining BJP in 2019, though he has denied it. Having lost two Lok Sabha elections—2014 and 2019—besides an Assembly election from Tilhar and the Congress reduced to one Lok Sabha seat in UP, he was losing hope about the party’s resurrection or his own political future in the state. It was summed up in his tactical statement that if one was unable to serve one’s people or protect their interests in a certain party, it was better to leave. His switch from Congress to BJP comes less than eight months before the Assembly elections in UP. A member of the Congress Working Committee (CWC), of which Prasada was also a part, recalls how the latter would often fret about prospects of Congress and say that time was running out for them. The leader described him as an affable man, connected well with his workers and committed to his own ambitions. Some say he had even contemplated joining Samajwadi Party, but unlike BJP, it is a regional party.

A second generation dynast like Jyotiraditya Scindia, Sachin Pilot and Milind Deora, he was once part of team Rahul Gandhi. The relations with Gandhi started souring over the last couple of years. Like several other Young Turks in the party, who felt let down by Rahul Gandhi, he too was in favour of a generational change. After Scindia, two years Prasada’s senior in Doon School, quit in March, 2020, and joined BJP, it seemed like others would take cue from him. Scindia, too, had lost from his family turf, Guna, in 2019, like Prasada who faced a humiliating defeat in Dhaurahara, standing third in the seat.

In August, 2020, Prasada joined 22 other party leaders in a letter to party President Sonia Gandhi saying that 14 months after the 2019 electoral verdict, “the Congress Party has not undertaken any honest introspection to analyse the reasons for its continued decline.” The Congress unit in Lakhimpur Kheri district, in which Dhaurahara partly falls, passed a resolution demanding Prasada’s expulsion, pointing out that his father, veteran Congress leader Jitendra Prasada, had also contested for the post of Congress chief against Sonia Gandhi in 1999. Jitin Prasada said the letter was misconstrued as it was not intended to undermine the party leadership, but to invigorate the party.

Jitin PrasadaThis had widened the fissures, which had started surfacing in 2019. In the run up to the Lok Sabha election, there was speculation that he was unhappy that Congress had fielded minority candidates in neighbouring constituencies of Sitapur and Lakhimpur Kheri. When this was conveyed to the party leadership, he was offered to fight from Lucknow, the state capital, against veteran BJP leader Rajnath Singh, a plan to put up a Brahmin face against a Thakur. Prasada, however, refused the offer staying put in Dhaurahara. He had hopes of victory in 2019 and in an interview described Priyanka Gandhi, AICC general secretary who was given charge of eastern UP, as a game-changer in the state. The debacle for Congress, in which even Rahul Gandhi lost the Congress bastion of Amethi, crushed his hopes.

“In politics, each one of us is driven by different motivations. For some, we are here to uphold an ideology; for others, it is personal ambition. And I’m not being judgemental here. When the going was good for the party, they were at the peak of power. Today, the party needs all of us to be out there fighting BJP,” says Congress leader Pawan Khera. While his desertion may not have come as a surprise for Congress, it is bound to keep it on tenterhooks, wondering when it may lose another young leader.