The Japanese government was anxious to return Netaji’s ashes to India, but it became impossible for India to bring them back because of the refusal of his friends and admirers to accept that he was no more 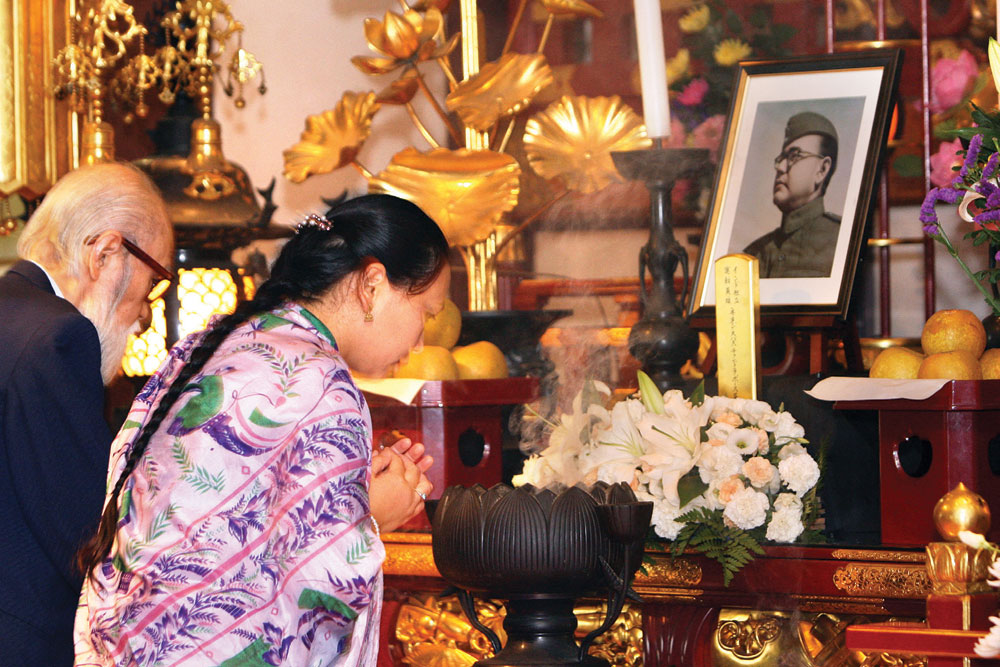 
A GRATEFUL NATION HAS been trying to undo the wrongs done to its bravest son, Netaji Subhas Chandra Bose, in various ways on the occasion of his 125th birthday. Today, his hologram image adorns the canopy at the India Gate, to be remembered and saluted by everyone who traverses Rajpath. Even statues of Mahatma Gandhi and Jawaharlal Nehru do not have such pride of place in the national capital of India. Netaji’s admirers around the world will be delighted that Netaji’s role in the liberation of India has been recognised.

But far away from New Delhi, in the Japanese city of Tokyo, remain Netaji’s ashes waiting to return to his motherland to be immersed in the Ganga or scattered over the Himalayas. The Renkoji temple in Tokyo has been reverentially keeping those ashes in the hope that they will be taken back to India to be merged with the water and earth of the country he loved most. It has not been possible to bring the ashes back to India. In the early fifties, Prime Minister Nehru had sent the then acting consul general in Tokyo to the temple. Having determined and established what various investigations had revealed, that the ashes were of Netaji, the Government of India offered the maintenance, upkeep and preservation of the ashes. Since then, the Ministry of External Affairs (MEA) has been paying the temple to preserve the remains with the highest honour and respect.

The gross injustice by way of leaving Netaji’s ashes is a blot on India and an irritant to the people of Japan, who have adored him for his bravery and patriotism. A generation of Japanese who worked with Netaji and loved him are disappearing. Some of them had sworn that they pulled out his body from a charred aircraft in Taipei airport. The aspersion we have cast on their integrity and honesty must be erased. Netaji’s soul will not rest until his ashes come home.

Documents show that Netaji died in a plane crash on August 18th, 1945. After the crash in Taipei, he was taken to a Japanese military hospital, where he passed away six hours later. His remains were taken to Tokyo in September 1945.

The Japanese government was anxious to return Netaji’s ashes to India, but it became impossible for India to bring them back because of the refusal of his friends and admirers to accept that he was no more. He was very young and dashing and it was hard to reconcile with his death. Moreover, there was a sense that he would be working incognito somewhere for India’s Independence, which was his life’s mission. It was rumoured that he was seen in various guises in India and abroad.

Various commissions investigated his disappearance, and all of them reported that he died in the Taihoku air crash, but since there were dissenting voices, it was not possible to convince everyone that his ashes should be brought back. The British authorities naturally took an interest in the death of their arch enemy. The report submitted by John Figges confirmed that Netaji was involved in an air crash near Taihoku airport; he died in a military hospital the same day. He was cremated in Taihoku and his ashes were sent to Tokyo.

The Government of India in 1956 appointed a three-man commission headed by Shah Nawaz Khan, who was a member of the Indian National Army. Netaji’s elder brother Surendra Bose was also part of the commission. After interviewing 67 witnesses from Thailand, Vietnam, India and Japan, including Dr Yoshimi who treated Netaji at the hospital in Tokyo and Habib-Ur-Rahman who accompanied Netaji on the flight, the commission found that Netaji had indeed perished. But Surendra Bose filed a dissenting opinion due to alleged discrepancies in the witness testimonies, a charge denied by other members of the commission.

The Indian Government set up another inquiry commission, consisting of Justice GD Khosla, a retired judge of the Punjab High Court, in 1970. As a young diplomat in Japan, I had the privilege of travelling the length and breadth of the country with Justice Khosla to assist him. I witnessed several aged people who appeared before the commission despite ill health because they wanted to bring the question of Netaji to a closure. They pleaded with Justice Khosla to return Netaji’s ashes to India. They were frustrated that even after several inquiries, the people of India did not trust them. Justice Khosla brought his legal background to bear on the issue in a methodical fashion, not only concurring with the earlier reports of Figges and the Shah Nawaz Committee on the main facts of Netaji’s death but also evaluating the alternative explanations of his disappearance and the motives of those promoting stories of Netaji sighting. He showed remarkable patience in listening to a range of stories, some of which were far too emotional to be believed. But I could easily anticipate his findings as he considered most of the evidence given was genuine.

A lawyer representing a group which did not accept the air crash theory accompanied Justice Khosla and he was rude to the witnesses, telling them to their face that they were lying. They complained to the commission, but the lawyer could not be stopped. He went to the Renkoji temple and wrote in the visitors’ book that the ashes kept there were not Netaji’s!

Even after these inquiries, which convinced the Government about the truth of the matter, there was a contradiction between the position of the Government of India and what is being played out in West Bengal politics. There has been resistance to the remains coming back to India from a section of Netaji’s extended family, and in some political parties. Prime Ministers Nehru and PV Narasimha Rao attempted to bring the remains back, but unfortunately, they failed because of the stiff opposition.

The most recent commission, ordered by the Calcutta High Court in 1998 and headed by Justice MK Mukherjee, explored the possibility of a DNA test, but observed that “on account of the temple authority’s reticence, the commission could not proceed further” with the test and concluded that the ashes were not of Netaji. Subsequently, a full version of a letter written by the priest at Renkoji revealed that the permission was indeed given, but the test was not found possible with cremated ashes.

Netaji’s daughter had taken up the case of a DNA test with Prime Minister Narendra Modi in 2019, but stated that she shared the belief that her father had died in the air crash on August 18th, 1945, unless there was proof to the contrary. This opens the possibility of accepting the evidence available about Netaji’s death in the air crash if a DNA test is not scientifically feasible. It is most unfortunate that even at this time, India cannot be united in the cause of doing the ultimate justice to Netaji by bringing his ashes to find their final resting place in India.