Was Netaji sent to the Gulag? The Subhas Chandra Bose files might reveal many hidden truths 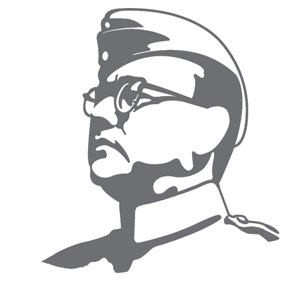 The Mukherjee Commission of Inquiry into the death of Subhas Chandra Bose has provided the Indian Government with singularly credible evidence that there was no plane crash at Taihoku (Taipei) airfield in Taiwan between 16 and 20 August, 1945. And that there was no record of the allegedly mortal remains of Bose being cremated in Taipei. The recent release of 64 classified ‘Bose Files’ on 17 September also show that the government of West Bengal was keeping tabs on the entire Bose family for almost 25 years after his alleged death in the plane crash.

All this points to an attempt to bluff the public about Bose’s death. It shows the government of the day thinking it vitally important to be informed if there was any communication between Bose and his family even though he was officially dead!

There is now a further twist in this story. According to US historian Peter Fay, Bose left Singapore for Bangkok on 16 August, 1945 after meeting Field Marshal Count Hisaichi Terauchi, the leader of the Japanese Army’s Southern Expeditionary Force. The next morning he left Bangkok for Saigon with Major General Saburo Isoda, the Japanese Army’s Indian National Army (INA) Liaison Officer.

Significant events occur at Saigon. According to another US historian Joyce Chapman Lebra, a gift of two strongboxes of ‘treasure’ was presented to Bose by the local Indian community through one of its representatives. This was after Japan’s surrender. Soon after, Isoda and all of Bose’s aides, except Colonel Habibur Rahman, parted company with him.

Bose and Rahman were to board a Mitsubishi Ki-21 ‘Sally’ Bomber from Saigon to Tokyo via Taihoku and Dairen in Manchuria. Waiting inside was Lieutenant General Tsunamasa Shidei, vice-chief of the Japanese Kwantung Army that defended Manchuria. The first question that arises is how could a senior Japanese General and Bose travel in a bomber? It was not a short journey and next to impossible to endure cramped in a bomber. The answer is that the aircraft was a modified bomber used to ferrying secret agents and Special Forces. It belonged to the Kwantung Army’s Kempeitai or Secret Police because Shidei was on board.

Interestingly, the Russian speaking Shidei had served in the Kwantung Army in Manchuria from 1942 to 1945. On 23 May, 1945, a fortnight after the German surrender, and collapse of the Japanese Army and INA in Burma, he was reassigned to Burma, where he served under Field Marshal Terauchi and interacted with Bose.

Here is where the plot thickens. On 30 July, 1945, Shidei is again reassigned back to the Kwantung Army in Manchuria. On 17 August, 1945, the day after Japan’s surrender and eight days after the Soviet invasion of Manchuria and 18 days after he was reassigned to Manchuria, what exactly was Shidei doing in Saigon welcoming Bose on board the aircraft?

It is safe to argue that he was there to escort Bose out of the Southern Theatre of the war in Asia. The Kempeitai must have sanctioned this trip. But did Shidei fly to Saigon only to escort Bose to Dairen in Manchuria or was there another agenda? Was this agenda the custody of the INA’s ‘treasure’ packed in two strongboxes that Bose was to bring aboard the aircraft at Saigon? This treasure was possibly going to be entrusted to the Kempeitai for safekeeping.

Two officers of the Kempeitai who must have known about it are Kingoro Hashimoto, Chief of the Special Service Agency of the Kwantung Army’s Kempeitai, and Prince Takeda Tsuneyoshi, the ‘underground’ Supreme Chief of the Kempeitai in the Kwantung Army. Takeda was the first cousin of Emperor Hirohito and also the second-in-command of Golden Lily or Kin No Yuri, an organisation whose objective was to safely store and conceal vast caches of Japan’s World War 2 plunder. It is unlikely that Bose was going to lug the INA’s treasure with him across Soviet lines and would rather have had it entrusted with the Japanese.

Another subject binds together these three Japanese officers. That is Unit 731 of the Kwantung Army, a covert biological, bacteriological and chemical warfare research establishment that was responsible for Japan’s most notorious war crimes. Over 250,000 men and women died because of Unit 731—70 per cent of the victims were Chinese and 30 per cent Russians. Unit 731 was run by Lieutenant General Shiro Ishii, who with a large part of his team, escaped towards the American lines. In exchange for all their data on human experimentation, they were given amnesty by General Douglas MacArthur, the US Supreme Commander in the Pacific. Their entire research was co-opted into the US biological warfare program. It is suspected that this deal could not have been consummated without the blessings of Takeda because he was the Chief Financial Officer of Unit 731 and had executive responsibilities over it. He was never prosecuted for war crimes by the US.

What emerges is that Bose’s move out of the war’s Southern Theatre was entirely orchestrated by the Kempeitai with the blessings of Takeda. It can also be argued that since Takeda, despite being the Chief Japanese Spymaster in Manchuria, was not prosecuted by the US, they would also have known about Bose’s true fate after the war.

Having established the invisible hand of Kempeitai in Bose’s last-known journey, we return to his flight from Saigon. It takes off around noon. For reasons unknown, the plane makes a night stop at Tourane, now known as Da Nang in Vietnam. Given the distance between the two cities, the maximum flight time would have been about 90 minutes. Why was this halt taken? And what was loaded/unloaded? There are no accurate accounts of this.

On the morning of 18 August, the plane takes off for Taihoku airfield, arriving there at noon. After a refuelling halt, during take-off at 1400 hours, the plane is said to have caught fire and crashed. The pilot, co-pilot and Shidei were reported to have died, with Bose succumbing to injuries and burns at Nanmon Military Hospital, south of Taihoku, a few hours later. The four were then reportedly cremated two days later at the Taihoku crematorium.

This is where the lie comes into play. There was no plane crash on 18 August at Taihoku. There is no record of any of the four deceased having been cremated at Taihoku. There is only the direct account of Habibur Rahman, deliberately left behind as an independent eyewitness to give truth to the lie. He is also deliberately vague about the fate of the two ‘treasure’ strongboxes.

Since this was a Kempeitai ‘black-op’, it is safe to assume that the plane safely took off for Dairen in Manchuria with Bose and Shidei, but without Rahman. It is useful to turn to what was happening in Dairen on 18 August, 1945. The Red Army was on its outskirts and units of SMERSH, its secret police, were in touch with the Kempeitai to broker a surrender, and to lay their hands on the treasures of Unit 731.

SMERSH was set up in 1943 by the direct orders of Soviet dictator Stalin to politically consolidate territorial gains by the Red Army. There were tens of thousands of Russians in Manchuria including émigrés from the Tsar’s era. Colonel Georgii Utekhin was in charge of arresting foreigners in Red Army captured areas. Utekhin reported directly to SMERSH chief Viktor Abakumov, who had a special friendship with Stalin.

SMERSH operatives convinced General Otozo Yamada, chief of the Kwantung Army, to surrender along with the remaining staff of Unit 731. Like the Americans, the Soviets too absorbed the staff into their post-war biological weapons facility at Sverdlovsk. The captured Japanese officers were tried at the Khabarovsk War Crimes trials in 1949.

So, if there was no plane crash at Taihoku, what happened to Bose and Shidei? Most probably, Shidei brokered a deal with SMERSH for the surrender of the Kwantung Army and the intact capture of all remaining materials, data and staff of Unit 731 in return for amnesty and asylum in the USSR. This is supported by evidence that Shidei was not captured and tried for war crimes by the US or USSR. Along with Shidei, Bose too must have sought asylum in the Soviet Union through SMERSH.

Both disappeared within the folds of the USSR. Since Bose was a war criminal from the Anglo-US perspective and with India being a Crown Dominion until 26 January, 1950, it didn’t make sense for Bose to come in from the cold even if he had wanted to do. In 1951, SMERSH was disbanded, its leadership purged and both Viktor Abakumov and Colonel Georgii Utekhin executed. As a consequence, both Bose and Shidei would have become unprotected assets of a disbanded organisation. In such circumstances, they would invariably have been shipped out to the Soviet Gulag, unless executed as an inconvenience.

The convicted Generals of the Kwantung Army were shipped out in March 1950 to Camp No 48 in Cherntsy, Lezhnevsky District, 50 kilometres from Suzdal in the Soviet Gulag. On 9 August, 2012 a part of General Yamada’s personal diaries were declassified. Other records of Camp No 48 may also have been declassified, as well as records of SMERSH’s operations during the Manchurian Strategic Operations Offensive in August 1945. There is a cemetery in Cherntsy village where dead captives were buried in separate sections in different years and this is confirmed by laconic inscriptions on the concrete tombstones. Were Bose and Shidei also sent there?

What is clear is that apart from declassifying the Bose files on 23 January, 2016, the Indian Government might think of also doing the following:

Only then can we say that we can put to rest the mystery behind the death of one of the greatest sons’ of India.