Let us read the Tea Leaves 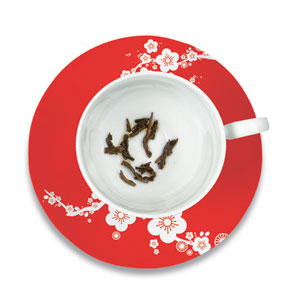 
Someone in Narendra Modi’s Government has taken seriously Mani Shankar Aiyar’s mischievous comment that China has brought such spectacular change to Tibet that impoverished Indians in the underdeveloped Northeast wonder why fate cast them on the wrong side of the border. That must explain the bonanza of a Rs 4,754-crore power transmission scheme for Arunachal Pradesh and Sikkim on the eve of Xi Jinping’s visit. Arunachal is, of course, ‘South Tibet’ to the fanciful Chinese. They are less blunt about Sikkim. As Shyam Saran reminded a Delhi audience, China conceded Sikkim was Indian during Atal Behari Vajpayee’s visit. Although it went further two years later when Wen Jiabao came here and handed over maps showing Sikkim as part of India, this was never explicitly acknowledged in writing.

“Recently, some Chinese scholars have pointed out that the absence of an official statement recognising Indian sovereignty leaves the door open to subsequent shifts if necessary,” Saran warned. American sinologists make the same point. David Scott argued in Sino-Indian Territorial Issues: The ‘Razor’s Edge’? that the 2003 Declaration on Principles for Relations and Comprehensive Cooperation between India and China ‘shows a one-way agreement, one-way obligations and one-way concessions’ by India. Chinese recognition of Sikkim’s status is ‘implied rather than explicit, de facto rather than de jure’. As if to bear Scott out, China claimed northern Sikkim’s Finger Area tract in 2008. Yang Shengkun, China’s octogenarian president, had turned a deaf ear when Rajiv Gandhi brought up Sikkim in the Great Hall of the People in 1988. What might the sceptics not have concluded had they known that when the last Chogyal of Sikkim’s Tibetan-born sister-in-law wanted to visit her mother in Lhasa long after Sikkim became an Indian state, Chinese diplomats gave her a laissez-passer saying a Sikkimese royal couldn’t travel on an Indian passport.

The Chinese can be confusing. We still don’t know for instance whether Mao Zedong actually smiled at Brajesh Mishra in 1970 or only shook hands and said India and China couldn’t go on quarrelling forever. Perhaps the Great Helmsman merely looked his usual happy self so that Mishra of the stern visage, as befits a highly-placed Indian, thought he was smiling. K Kamaraj was even more bewildered when a visiting Chinese official he tried to garland in what was still Madras vehemently resisted the courtesy. No “Parkalam … Let’s wait and see”—Kamaraj’s favourite phrase—this time. Being big and burly, he forced the garland over the reluctant Chinese head. After all, the man had just done the same to him! Not that man, murmured Kunwar Natwar Singh, who was officially in attendance. Chen Chen Tho, the vice-minister leading an official Chinese delegation touring India, had garlanded Kamaraj who had, in turn, garlanded Chen’s interpreter. He couldn’t tell them apart. The Chinese needed 1962 to recover from the floral insult. No wonder the Chief Minister was Kamarajed out.

No such blunder marred Xi Jinping’s first visit to India as China’s president which resembled Lee Kuan Yew’s first visit to China as prime minister of Singapore. A certain unspoken dissonance mars both relationships. At their first official meeting Lee’s opposite number, Premier Hua Guo Feng, gave him a copy of Neville Maxwell’s contentious book, India’s China War, saying it was the “correct version” of the 1962 war. SR Nathan, later Singapore’s president, who was present, says Lee returned the book after a cursory look at the cover. “This is China’s version of the war,” he said politely. “There is another—the Indian version. Singapore is in South-east Asia. We have people of Chinese, Malay and Indian origins. Singapore has no direct interest in such wars.”

It was a serious rebuff by a tiny city-state to a formidable power, known to be touchy about protocol and prestige. Nathan recalls that “the foreign minister [the late Qiao Guanhua] was taken aback.” However, Hua took the insult in his stride.

There was more cause for heartburn when Singapore lost heavily on its $30-billion investment in the 288-sq-km Suzhou Industrial Park, pride of the Sino-Singaporean connection. Suzhou was planned as a self-contained manufacturing, urban and high-technology centre replicating Singapore’s capitalist efficiency in Communist China’s industrial heartland. It would also be a model to attract foreign investment. That’s where things went wrong because China created another park nearby, state-owned but with a similar name. As Lee said, China was “using us to get investors in, and when investors came in, they said: ‘You come to my park, it’s cheaper’.” In short, China took Singapore for a ride. The scandal was exposed three years later when Suzhou’s Singaporean CEO said the annual loss of about $23.5 million would spiral to $90 million by the end of 2000.

Yet, never did I see or hear any breast-beating over China’s perfidy. Singapore’s media scarcely mentioned the event. The figures quoted are from Michael Richardson’s report in the old International Herald Tribune published in Paris. Singapore remained China’s closest friend and supporter. Trade between them boomed. So did investment. Floods of tourists flowed in both directions. One rotten kiwi fruit wasn’t allowed to infect the rest. Lee even ascribed the fraud to vigorous competition between the central and provincial governments. A Chinese colleague cited the Yuan dynasty proverb ‘Tian gao, Huangdi yuan’ (Heaven is high and the emperor is far away) to explain the tense rivalry between Beijing and provincial capitals.

Lee was less indulgent in private. “We have to diversify, we can’t put all our eggs into China and it is bad for us” he told me for my book, Looking East to Look West: Lee Kuan Yew’s Mission India. “We want India to succeed and, anyway, if the Chinese know we have an alternative that will make sure they don’t try to squeeze us.” Ambitious schemes like the Vietnam-Singapore Industrial Park in Ho Chi Minh City or the Madras Corridor which was on the anvil for many years ensured China couldn’t again pull another fast one like Suzhou.

Now, too, seven Indo-Vietnamese agreements, a joint announcement upholding freedom of navigation in the East Sea/South China Sea, Australia’s promise of enriched uranium and Japan’s pledge to invest $35 billion, all on the eve of Xi’s visit, probably spoke louder than anything Modi muttered in Japan about “18th century ideas”, “expansionist” tendencies and “encroachments” in alien waters. As Liu Youfa, China’s outspoken consul-general in Mumbai, pertinently pointed out, Xi had decided even before landing at the prime minister’s birthday party in Ahmedabad to nibble khaman dhokla amidst embroidered torans and carved furniture from Sankheda, that he would invest three times the amount Shinzo Abe had promised. It’s back to Cold War competition when non-alignment— lacking finesse, down-to-earth Americans called it ‘neutralism’— meant collecting dividends from both sides.

That’s diplomacy. Modi’s “very cool” says Salman Khan; he’s also “the most hardworking politician” the actor has seen. In fact, he worked hard not only at juxtaposing the Japan, Australia and China dates but also at his birthday coinciding with the worship of Viswakarma, the divine architect who built Krishna’s capital, the holy city of Dwarka, naturally in Gujarat. Being adept at improving His gifts with man’s work, as Milton might have mused, Indians of all political shades expect the Chinese to be equally creative. “What are those hills?” Dev Kanta Barooah once inquired at Beijing airport. When the interpreter said they were the Western Hills, the ebullient Congressman who hadn’t yet decided that Indira is India and India is Indira asked, “Before or after liberation?” Being a consummate diplomat, Barooah was encouraging his hosts to pass off the Western Hills as another product of Mao Zedong Thought.

There we still stand like the two goats trying to cross a narrow bridge from opposite sides, with which Liu Shuqing, Chinese vice-foreign minister in the late 1980s, compared India and China. He told Dawa Tsering, Bhutan’s longtime foreign minister, the goats would stand with locked horns until one agreed to back out (the dreaded mutual accommodation!) or was pushed off. Modi has given a new twist to the stalemate. Whatever the face-off in Ladakh, his somewhat baffling slogan, ‘Inch towards Miles’, apparently means India and China should make a beeline for the ‘Millennium of Exceptional Synergy’. George Fernandes’ ‘Chase China’ slogan, coined after visiting the country he once called “India’s Enemy Number One”, made simpler sense. There’s plenty to chase. India and China enjoyed economic parity in 1980, but China’s growth has outstripped India’s fourfold. Cambridge has three times as many Chinese students as Indian. The PLA reportedly outnumbers Indian troops 3:1 in Ladakh.

Not that we haven’t done any catching up. The Greater Mekong Subregion scheme in which China was prominent inspired the Mekong-Ganga project. China’s Maritime Silk Road prompted India’s Project Mausam. One of these days, perhaps, Modi will startle everyone by appearing in a Western lounge suit as Premier Zhao Ziyang did. But it might not go down too well with his saffron lobby. The popularity of Zhao’s posthumous autobiography Prisoner of State can’t compensate for being purged politically, kept under house arrest for 15 years and denied an official funeral.

It would pay Modi more to take serious note of the strictures by Marten Pieters of Vodafone and Honda’s Fumihiko Ike about doing business in India. Times have changed since Mao told Richard Nixon (and Deng Xiaoping repeated to Rajiv), “Business? Discuss with the premier. Here we discuss philosophical matters.” The emphasis of a visit that started as Viswakarma puja was being celebrated had to be on business, which should be the keynote of Sino-Indian relations in the 21st century.