He was the poor man as scientist before we created the chaiwaala as Prime Minister. Remembering APJ Abdul Kalam (1931-2015) 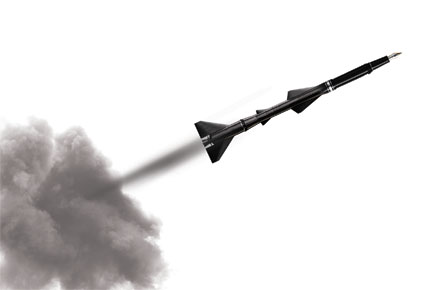 Each generation produces its own paradigmatic scientists. They embody the style, concerns and ideals of the era, epitomising a vision of creativity. For the nationalist era, CV Raman and Meghnad Saha represented the fierce autonomy and idealism of the time, where the scientist was literally a savant. The Nehruvian period created its own aristocratic style, embodied in the lives of Homi Bhabha, Vikram Sarabhai and Prasanta Chandra Mahalanobis. These men were at home in art and literature and were also great institution builders, seeding science with a touch of aesthetics. The Indira Gandhi years produced a touch of the political where ideology added to science and created the era of the Dhawans and Zaheers. The later Janata era did not quite have an exemplary scientist. The Nehruvian legacy, with its aesthetic sheen, had dulled. We needed science with a populist or pragmatic touch, a science not constructed as an esoteric exercise, but a science with a lowest common denominator feel. India as a society threw up two exemplary models. The first was Sam Pitroda, a carpenter’s son who rose to become a millionaire, invoking an entrepreneurial, aspirational science where the scientist wore his patents like epaulettes. The second was Abdul Kalam, who enacted the performative ideal of the scientist as a policy savant, a cultural hybrid composed of science and spirituality.

Abdul Kalam did not change the world, but represented the changes in the social construction of science. He was the poor man as scientist before we created the chaiwaala as Prime Minister. He brought a new kind of dignity to science, socially and culturally. Socially, he was a poor Muslim boy who rose to the heights of the Union’s presidency. Culturally, he represented a cultural aggression which was a mix of Vivekananda, Indian nationalism and a spirituality which added a cosmopolitanism to the scientific style of the times. Kalam was not an exemplar of science like Raman or Saha, but a devotee of a method of science. He was the roving pedagogue and the aggressive technocrat. He has to be seen as a semiotic construct, a scientist on display enacting a science that we desperately wanted to consume. In terms of scientific achievement, Kalam’s career was a middling achievement, but in terms of recreating and catalysing science, Kalam was a master.

Look at the man, he is performative spectacle. He oozes simplicity from every pore and with enough conviction to instill envy in a Dostoveskian idiot. His smile, childlike and saintly, made science appear accessible. He could have been a cult guru like Sri Sri Ravi Shankar holding forth on science as a solution to poverty and underdevelopment. He was literally official but could convey that ‘nothing official about it’ look. Kalam’s spirituality dissolved like sugar, sweetening Indian science. He created such a convincing front stage for science as deliverables that few thought of a backstage of doubt, ambiguity or failure. The ease of the man was inclusive. Children and heads of state both desperately wanted to believe in him. He blended all religions to create the scientist as the new missionary. For him, the transition from third world to first world, underdevelopment to development, could only be seen as a pilgrimage, a transformative act engineered by science.

Kalam’s acceptability rose from his cultural style. He was a Muslim who evoked a Hindu style, spouting Thirukkural, playing the veena. He was the scientific monk whose vegetarian style earned him the sobriquet of ‘Rasam Iyer’. In an India dying for role models, he became the exemplar par excellence. At a time when our heroes came from cinema, cricket and business, when intellectuals were collapsing like nine-pins, and dissent was at a discount, Kalam became the synoptic intellectual papering over differences to create a synergetic unity, combining the civilizational, the nationalistic and the scientific.

It was as if the man, through his pedagogy and style, had drafted a ‘how to be friends with science and influence other nations’. He was the Norman Vincent Peale on science. Science, which till then had tutorial colleges like Murty, Rau, Chanakya now found a new missionary. Unlike Fred Hoyles and Richard Dawkins, he created no split between science and faith. For him, the scientific temper was an act of faith and spirituality. But his style never hid the pragmatic intent. He was a peddler of missile technology, playing the Prometheus of Missiles, the Toscanini of Agni Missiles. He turned his very hawkishness into a moral style.

> Kalam’s very beginnings in poverty and simplicity create the myth of a catalytic science. Kalam was Muslim. He lived on the island of Rameswaram, off the coast of Tamil Nadu, where his father would work ferrying pilgrims to Dhanushkodi. Kalam grew up on syncretic folklore at home with the Qur’an at ease with the Ramayana. The sea became an enveloping cosmos, providing livelihood, belief and a sense of community. The lessons of the sea could be easily transferable to space, teaching you that nature needed to be treated with respect. Kalam’s Wings of Fire captures his life as a conversation of cultures and religions. The book literally became an Indian manifesto of science and culture. His childhood dreams became a model for children all over dreaming of careers in science. The idioms he uses are simple. There is none of the esotericism of policy and expertise. If science is an act of faith, then every citizen must become a believer. His very style is inspirational.

Kalam worked with two of India’s greatest institution builders, Vikram Sarabhai and Satish Dhawan. He was at first seen as a clone of these two men. Kalam was portrayed as a savant, but as a human being it was Dhawan who was a genius, an outstanding leader, an extraordinary man who needs a major biography. Dhawan was the true gentleman of Indian science, genuine in his simplicity and natural in his elegance. Kalam is a populist Dhawan. He would be the first to admit that he was no match for the genius of the man. Dhawan’s personality was impressive, his leadership extraordinary, but it was too natural and too understated to be popular. In the leaderless milieu of today, what India actually misses and needs is Satish Dhawan.

Kalam also thrived on moral luck, which stood him in good stead when KR Narayanan was no longer a viable presidential choice. Kalam was good news for the Vajpayee Government of the time which saw in his cultural hybridity the perfect answer to the bureaucratic arrogance of PC Alexander, who felt he was an obvious choice for the presidency. Kalam’s ‘man for all reasons’ image worked perfectly in the mixed up atmosphere of the early 2000s. As one journalist put it, he fits current science, nationalist jingoism and sacred space to create an ironic twist to his quote that ‘life is no rocket science’.

His real skill as a leader lay in his ability to appear almost non- political. The touch of an RK Narayan-like character gave to him acceptability in a world of hard headed negotiators. When one reads stories of his early life, it sounds like a poor man’s version of Swami and Friends. There was a generalised compatibility about him which made a Vajpayee, a pramukh swami, a nerd and a missile scientist equally content to see him as President of India. If a brand is determined by acceptability, Kalam became a superbrand, a savant-like president, ascetic, simple and childlike, someone who could never put his foot wrong.

Yet many felt that this was a carefully cultivated myth, that the maharshi look was deceptive. There was a touch of the mediocre about his work that acquired sanctity through his nationalism. The shadow of the Pokhran II tests hangs over him, creating shadows of doubt over a sterling performance. When K Santhanam, a former DRDO scientist, questioned his claims about India’s thermonuclear device, Homi Sethna felt that Santhanam was right and Kalam could not dismiss the contention easily. Sethna, then in his formidable eighties, virtually claimed that Kalam did not know enough physics to even question Santhanam’s claims. PK Iyengar added that Kalam used his stature as President to make scientific claims which were not quite warranted. These scientists suggested that Kalam was playing scientist from a political comfort zone, critiques that Kalam did not clearly answer. Manmohan Singh closed the debate by suggesting that Kalam’s certificate was the last world on the issue, thus weakening the very integrity of science as a verifiable method.

At the level of folklore, Kalam’s remains a tremendous legacy, an ascetic scientist who was a great inspirational leader. Yet within the annals of science, Kalam leaves shades of grey, structures of doubt which a Satish Dhawan wouldn’t have tolerated. These, however, remain a scholar’s modest question, arks, little footnotes to a scientist who was larger than life size in proclaiming what science could do or be. The image, while it has taken an occasional beating, remains one of a larger-than- life icon, waiting for history to write its revisionist chapters.