A requiem for our first car 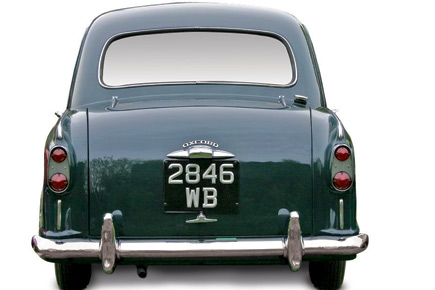 
We are told the New Age has come with the arrival of Narendra Modi. The old age, the Nehruvian Age, has passed. I am not so sure about that. Ages in India don’t seem to me to die so suddenly. They linger on, declining gradually. Even now, 67 years after Independence, who is to say the British Raj is dead in India when she still survives in so many of the laws and institutions, not to mention the attitudes she bequeathed?

However, it does look as though one symbol of the Nehruvian age is on her death-bed: the Ambassador car. The news from the Hindustan Motors factory, some six stations away from Howrah, is dreadful, the diagnosis dire—manufacturing the Ambassador is a loss-making business, there is no cure for the haemorrhage of Hindustan Motors except for the drastic surgery of stopping production. This is not just sad, but surprising too, because only last year the BBC’s prestigious Top Gear programme declared the Ambassador the best taxi in the world, and I found myself wishing, “So let’s hope that now the Ambassador will regain her number one position among the taxis of India.”

The Ambassador owes her longevity to the Nehruvian belief in protecting nascent Indian industries—not a bad practice, many would argue, back in Nehru’s time. The car arrived in India in the 1950s after going out of fashion in Britain, where she had been born under two names, the Morris Oxford and Austin Cambridge. In the 1970s, the heyday of India’s Licence-permit Raj, the Ambassador flourished, with only feeble competition from Indian Fiats and Standard Triumphs. Although under Indira Gandhi income tax was so lethal—the marginal rate was 97 per cent—that it’s surprising anyone was spared the money to buy an Ambassador, I remember putting my name on a waiting list to buy one and staying on that list for six months.

The warning bells sounded for the Ambassador when Indira Gandhi gave a licence to her son Sanjay to manufacture a car, although several other much better qualified applicants had been denied that opportunity. Happily for the Ambassador, Sanjay’s apprenticeship at Rolls-Royce, in the British town of Crewe, didn’t give him sufficient experience to become a second Henry Ford. Sanjay chose the name Maruti, the wind god, presumably in the hope that the car would go like the wind. Unfortunately, the wind god didn’t blow hard enough to get the Maruti off the drawing board. It was only when Sanjay died in a flying accident that the rise of the Maruti and demise of the Ambassador started. Indira Gandhi broke the rules of the Licence-permit Raj, allowing Suzuki to be the first foreign motor manufacturer to come into India on condition that it collaborated with the by- then-nationalised Maruti company to fulfill Sanjay’s commitment to produce the people’s car. Then, of course, came the liberalisation of 1991 and the rest is history. Almost every motor manufacturer in the world is now in India and their models are modern in a way the Ambassador wasn’t.

So, what is India losing now that after her long, lingering demise, the Ambassador seems to have reached the end of the road? First of all, the country is losing a historic car. Is there any other model which has survived in production so long? I don’t know of one. She’s a good-looker too. With her rounded lines, the curvaceous Ambassador reminds me of a bowler-hat on wheels. There’s a dignity about her refusal to conform to the standard aerodynamic designs which make every modern model look the same.

I had hoped that this dignity would preserve her role as a carrier of flashing blue and red lights. Politicians and bureaucrats are very keen on anything that emphasises the dignity of the positions they have achieved. The white Ambassador was an easily recognised symbol of their dignity.

I had also hoped her capacity would protect her role as a taxi. The Ambassador is much more capacious than the small cars that are fast replacing her as taxis. This capacity, I am told, is due to her monocoque chassis, which apparently means the body and chassis are one and the same. Legends are rife of her carrying capacity. I have read a report about an Ambassador carrying 27 people. I find that hard to believe, but I have certainly seen passengers numbering in double figures riding in Ambassadors.

From my own experience of driving Ambassadors myself and being driven in Ambassador taxis up, down and across the length and breadth of India, I have huge respect for her sturdiness. Her clearance makes her an ideal vehicle for negotiating pot-holes, which are a feature of Indian roads, and I don’t mean just the mud roads leading to villages. Pot-holed tarmac can prove far more lethal. Once, driving from Bhopal to Jabalpur, our Ambassador was overcome by the pot-holes that peppered the road. First a sinister knocking started under the back seat. I anxiously enquired of the driver what this indicated. “Kuchh nahin,” he snarled as though it was not my business to enquire about his car. The noise persisted and eventually even the driver became concerned. He stopped, went round the back of the car, jumped on the bumper, proclaimed that everything was all right, and set off again. There was no nasty noise.

Eventually the Ambassador did give up the ghost, and I thought she had lain down and died, but the driver’s diagnosis was less drastic. “The shock absorbers have sat down,” he said and boarded a passing bus to find a mechanic to come to our rescue.

That brings me to another advantage the Ambassador has—her simplicity. Mechanics were ubiquitous because repairing an Ambassador didn’t require elaborate training or expensive equipment. I am told that you need to be computer- savvy to repair a modern car. But then I am also told that unlike the Ambassador they don’t break down.

Driving myself at night in Haryana, a hazardous venture at the best of times, I have experienced the hardiness of the Ambassador and the ingenuity of the mechanics who kept them on the road. The Ambassador’s lights were never her strong point. In their low candle-power beam, I failed to see a tractor with no lights ahead of me and rammed into it with an almighty clang. I got out of the car and was amazed that in spite of a massive dent in the front of the car, the engine was still running. I opened the bonnet and found the fan had crushed the radiator. Undaunted, the gallant vehicle got me to the nearest mechanic. He cleaved the radiator and fan apart with a crowbar, apologised for not having the equipment to weld the radiator, and assured me that the haldi—turmeric— he had laced the water with would gum up enough leaks to get me to the nearest town. It did. In that town, the welder repaired what I thought was my beyond-repair radiator. When I got home, all that was left was deciding when to call in another professional who’d done very well off my Ambassadors, the denter and painter.

Although British by birth, the Ambassador has become quintessentially Indian.

It was jugaad—somehow managing to make do with what is at hand—that kept my Ambassador on the road that night in Haryana. The mechanic said a casual “chalega” when I asked nervously whether the haldi would really gum up the radiator. I had to put my trust in God to set out for the welder.

The enormous respect in which the Ambassador is held is very Indian too, as also the sadness at her passing-away. This is a country that respects the past and likes it to merge with the present rather than disappear. The Ambassador is an important part of India’s history. She marked the coming of the motor-age to India, the beginning of motor-manufacturing, and I am sure that Indians would rather see her mingle with her modern rivals than disappear from roads.

But then, we have to face reality. Modern cars do have obvious advantages over the Ambassador; in particular, they are less thirsty. Even a traditionalist like me who has such wonderful memories of the Ambassador has been unfaithful to her. So I fear that what has been called the ‘suspension of production’ will turn out to be the end of the road for the grand old lady. But not quite the end of the road because I am sure she will be kept going by the vintage car movement.

Vintage enthusiasts in India and around the world should snap up Ambassadors before they get sent to a grave they don’t deserve—the scrap-yard. I also hope that in her home Kolkata, where she still reigns supreme among taxis, I will be able to ride in her for some years to come.

Mark Tully
Mark Tully is a veteran broadcaster and author