The Autumn of Hypocrisy

Those opposed to Srinagar’s Harud litfest have only strengthened radical voices in Kashmir. In the name of a ‘cause’, they have silenced those whose stories must be told 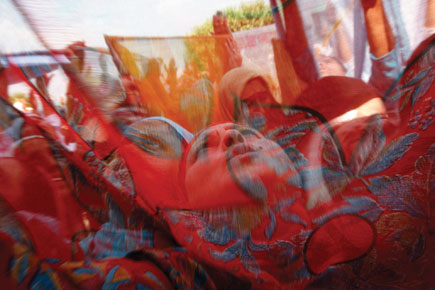 Those opposing the Harud litfest have only strengthened radical voices in Kashmir. In the name of a ‘cause’, they have silenced voices that must be heard


Tonight, they will raise a toast. Tonight, they will pat one another’s backs, and, in the confines of their apartments in New Delhi and elsewhere, may even take out victory marches. Someone might even hurl an imaginary stone, declaring that finally, the Internet Intifada has been successful. Congratulatory messages will flood Facebook and Twitter. After all, a sinister design has been defeated. The Harud (Autumn) Literary Festival, scheduled to be held in Kashmir Valley in the last week of September, has been cancelled. It was a State conspiracy, as they would like everyone to believe.

The truth is that the festival has been sabotaged. A letter circulated on the internet condemned the literary festival, claiming that it would portray a false sense of normalcy in the state. The group circulating the letter also had issues with the organisers’ terming the fest an ‘apolitical’ event.

As a writer who is from Kashmir, and who was invited to be part of this festival, I didn’t care how this festival was being described. I was going to be there to talk about everything I felt strongly about: the killings of the past few summers, the unmarked mass graves, the unfortunate spectacle of an old man being made to frog-jump in front of his son by a CRPF trooper, the untruth about the exodus of Kashmiri Pandits, the hypocrisy of the mainstream media when it came to reporting on Kashmir. I also felt the festival would enable young Kashmiris to interact with prominent writers and artists, and also serve as a platform for them to learn about literature and the process of writing. But saying even this much is apparently taboo. How dare someone teach anything to Kashmiris? After all, young Kashmiris now read Edward Said and Dostoevsky.

As a journalist, every visit to an army officer’s house, draped as it was like a mini Kashmir Arts Emporium, would leave me seething with anger. Here I was, a Kashmiri in exile, who hadn’t even been able to salvage his ancestral shawls and carpets when forced to leave home one cold January night in 1990. And, no, it was not because of Governor Jagmohan.

I feel the same anger now at those who have turned Kashmir into their personal fiefdom, into a monopoly nobody else can touch. All those who opposed the fest—and this includes some of my friends—will get other platforms to present their work. But for many Kashmiris, that opportunity is lost. As a writer friend who was to attend the festival said: “The call for boycott means that those who can express their opinions without being under threat are the only ones who will get a chance to speak. The rest, especially those in Kashmir who have never been part of the conversation before, will find themselves forced to take sides even before the literary festival has begun, silenced in the name of ‘the cause’.”

The process of boycotting this festival has also exposed some severe fault lines in the Kashmir narrative. Somewhere, a careless journalist reported that Salman Rushdie had been invited to attend the festival. This prompted someone to create a ‘Boycott Harud festival’ page on Facebook. Some of the comments here are chilling and one major factor why the organisers decided to call off the festival. One of the members of the organising team, Minhal Hasan, wrote a post on the page denying that Rushdie had ever been invited. She added: ‘We seek support for the spirit of the festival which is plural, inclusive and aims to be a platform for free speech and expression.’ One Adil Lateef responded to her post, writing: ‘Just come here, we will behead you.’ Another wrote: ‘Whoever defends a blasphemer is a blasphemer and should be stoned to death.’

When two of my writer friends took a stand against the festival, I was flooded with calls from journalists of both the national and foreign press for a counter quote. In one of my earlier statements to a news agency, I mentioned how this summer had been peaceful in Kashmir and how I hoped that the fest would bring further intimations of peace. In an hour, the agency reporter called me back. He wanted me to elaborate on ‘peace’. That is when it struck me: I had stepped on a land mine. I immediately made my stance clear. I said: “The festival will not make CRPF soldiers disappear from the streets. The fundamental issues about Kashmir will remain the same. But the festival should be held since I personally know so many Kashmiris who are keen to tell their stories. We need to hear them out.”

We need to hear the young MBA graduate who connected with me on Facebook, and then again, by sheer coincidence, in a protest outside Kashmir University last summer. We need to hear journalist Suhail Bukhari, who was forced to take refuge in Delhi after he was booked for waging ‘war against the nation’ because he had simply chosen to report the truth. We need to hear political activist Anjum Zamrud Habib, who was wrongly declared a convict and sent to prison. Anjum was supposed to attend the festival, but backed out once the battlelines were drawn, forcing everyone to take stands.

Some of those opposed to the festival had also called some invitees in order to dissuade them from attending it. They issued veiled threats as well. “We will be launching smear campaigns against those who decide to attend this festival,” one of the invitees was told. For me as well, I am told, they had devised a strategy. They had plans of dubbing me a ‘right-wing fascist’ who is also a member of the Kashmiri Pandit group Roots in Kashmir (RIK). I laughed when I heard this. The fact is that because of my position on Kashmir, I am hated by every RIK member, except one, a young man called Aditya Raj Kaul who remains a friend despite our ideological differences. I am sure even my friend Yasin Malik, against whom the RIK had initiated many campaigns, will be amused. Will the general-secretary of the party for whom one of those opposed to the festival used to make revolutionary posters in his student days call me right-wing? Well, best of luck, mates.

This reminds me of a musical a group of students had wanted to organise at Kashmir University some time ago and were forced to call off. The future of Kashmir will also depend on who emerges a winner in such battles: those who opposed this musical or who were for it. Unfortunately, those who opposed Harud have ended up strengthening radical voices in Kashmir.

To my Kashmiri friends I say this: we need to fight our own battles. The Twitter messiahs will come and go. They have no stake in our story. For them, we are just case studies. For another article. Or a film. Or white paper. It is time we owned our stories. The story of Fancy Jan, who received a bullet in her heart. The groom whose henna-dyed little finger went lifeless. The old poet in whose forehead they drilled a nail in place of his tilak. Or the young Kashmiri who travelled from Delhi to Jammu in June 1997, and, at the Punjab-Jammu border, saw a photo of his brother’s bullet-ridden body splashed on the front page of Daily Excelsior.

I will tell that last story. Harud or no Harud.

Rahul Pandita is a Kashmiri writer. A staffer with Open, he was a member of the advisory committee for the Harud literary festival