A Man of Leisure

Unemployment, especially without vital assets like breasts and long legs is a great vantage point to find out who still has the time of day to talk to you 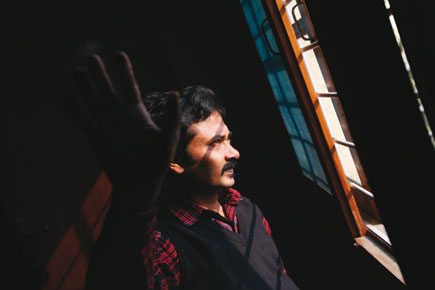 Unemployment, especially without vital assets like breasts and long legs is a great vantage point to find out who still has the time of day to talk to you

I have no breasts at all, and no legs to boast about. My legs are short, dark and hairy. They get me around at a reasonable pace, and since I’m a real man, I take this arrow from fate and don’t complain. If had been taller, I would surely have become a movie star and got tired of having sex with humans by now, so I’d be having sex with little Pomeranians. However, there is no danger of that happening now. Thank God for silver linings.

The problem is, they always ask me “What do you do?” It used to make me extremely uncomfortable for the longest time. I did something dodgy; I worked as an editor at a newspaper. I knew this to be a scary thing to admit in public even before anyone other than A Raja had heard of Niira Radia.

Now, mercifully, I am unemployed.

I smile broadly and say it out, loud and proud.

I haven’t ceased to wonder about what prompts the question, though. It seems to me that people ask the question because they are trying to size each other up. They want to know how the acquaintance of the other person can be useful to them. There is a desire to gauge social mental compatibility as well. Birds of similar feathers do tend to flock together, with some reason. “What did the philosopher say to the hawala [a non-banking network for transfer of money] operator?” sounds like a joke, at first.

Once they’ve heard the answer to their favourite question, people immediately decide whether they want to speak further. It’s an excellent test of human character to see who still has time for you if you’re not good looking or potentially useful.

Most people’s behaviours are shaped by the social milieu. In the world we live in, money, power and sex are the greatest virtues, and these virtues are closely connected. If you have enough of one, you can have the others as well. Of course, we still pay lip service to other virtues, but that’s all lies. It’s the stuff people tell children to stop them from finding out too much too soon.

And yet, there’s the disquiet.

I look at people living the ‘good life’ and I wonder: how good is it? The ‘good life’ is typically imagined as one where you have a ‘good job’ that pays ‘good money’, enough to buy the ‘good things’ in life, such as branded jeans, long cars, Macs and flatscreen TVs. In addition, you should be married, with children, or if you’re still below 25 you should be having lots of sex with a number of people.

The problem is, everything comes at a price. The price is freedom.

If you choose to be a businessman, or a salaryman, or politician, or journalist, or IAS/ JEE/ CAT aspirant, you lose free use of your time of life, at the very least. There was a lovely film song in Hindi that went, Teri doh takiyan di naukri, pe mera lakhon ka saawan jaye. For your two-rupee job, I lose my spring of lakhs.

The disquiet that most thinking people experience in their routine lives is a reflection of the often unspoken feeling that the spring of life, more precious than anything else we have, is being spent imprisoned in stressful or dreary tasks. But then, there are bills to be paid. We must barter away a part of our freedom for the essentials of survival.

I haven’t quite understood why people who don’t need to pay bills or have money enough to do so, still work for more money. Perhaps it is to be ‘successful’. Society defines success, in the current milieu, largely from the Capitalist viewpoint. This includes the Capitalist definition of a good life, which is about having the car, house,  partners and fads. It also includes a glorification of those who earn their own flatscreen TVs, as opposed to those who merely inherit them.  Hence the question, “What do you do?”

If you do something that this world clearly values very highly—like fixing deals or selling licences—smile and fish for your card. You are rich and successful. Society loves you. After all, you contribute to the overall social cause by buying into the dominant definition of the ‘good life’.

The clash between the West and radical Islam, for example, is a clash between competing versions of the good life. The clash between Communism and Capitalism was similar. Now, in nominally Communist and former Communist countries, it appears that people’s vision of what constitutes a good life is largely identical to the Capitalist version. This is more or less true throughout the Muslim world as well, so the threat from radical Islam is probably exaggerated.

To my mind, neither radical religion nor unadulterated Communism can emerge as a viable alternative to the Free Market world. That position goes to the green movement in its new age avatar. It’s a work in progress, but it’s on to something basic.

The fact that a growing number of people around the world who have experienced the ‘good life’ are now moving on from it is evident. Concern for the planet, love of the spiritual, and of yoga, feng shui and vastu, are all increasingly widespread and often cohabiting. They are symptomatic of the continuing search for a redefined ‘good life’ beyond the empty ‘good life’ of a car, house and television for all.

That the planet does not have the resources to support a life of SUVs for all is clear. Food and water for all are still distant and receding dreams.

If you dig beyond the level of the obvious, to the deeper answer to the question, “What do you do?” you may find that you merely do what you have been programmed by society to do. That’s totally fine as long as you’re happy doing it. Just pause awhile to examine this question, though: why do you do what you do?