The Uses Of Adversity 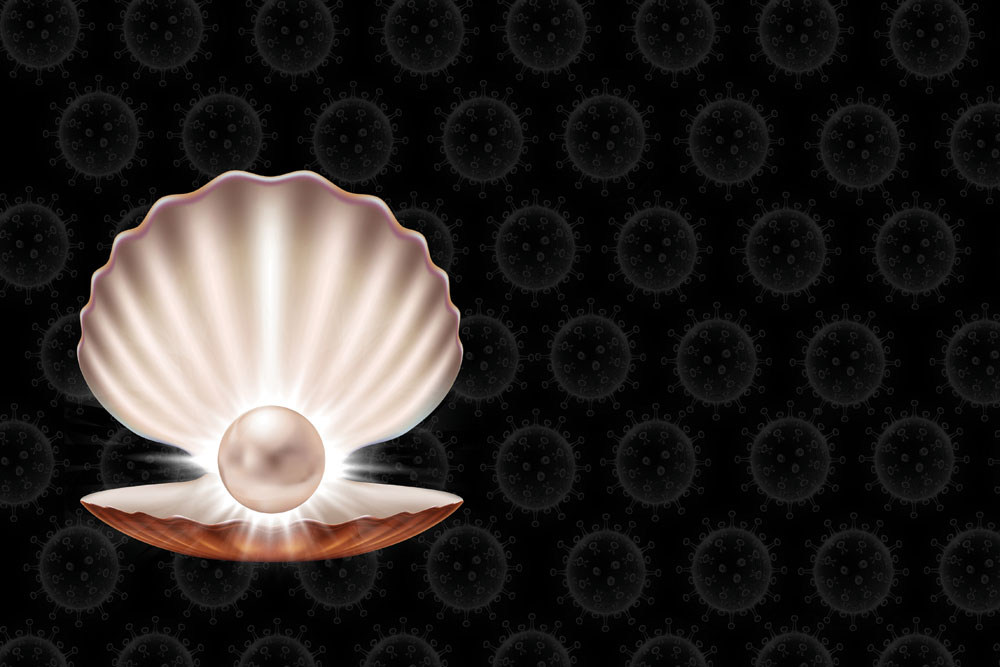 
The laundry service at our housing society is a business of revolving proprietors. A man comes to collect clothes from flats every evening and then there is someone else. A few months later, there is someone else again. These changes happen without intimation but, in the manner in which migrant labour is tied into the lives of flat dwellers in large cities, we take it without surprise. The reason is anyway self-evident. They are from the Hindi heartland. Whenever something beckons back home, a crisis or opportunity, they hand over the business, possibly for a consideration, and leave. The latest in line was a bearded young somewhat dour man. It hadn’t been long since he took over

when Covid-19 struck. No one stopped giving clothes to iron even after the virus entered Mumbai. It was only when the national lockdown was announced on March 24th that it came to a full stop. He came just as usual and left without a single piece of cloth. A month or so later, a hawker appeared on the footpath below. It was him, his entire family, wife with little children in tow, behind a cloth unfurled on the ground with vegetables heaped on it. When construction began on a nearby building, we saw among the labourers there this laundry man too. ‘Pivot’ was the defining word of how people, upended by the new reality, were trying to force a little bit of balance back on their fulcrum. He had made two pivots, the eternal illustration of man’s unwillingness to crumble before the fates, which over the stretch of time had made him master of earth.

In pandemics loss of wealth is a given, the world as a whole becoming poorer than when the virus first came into being. As long as it does what it does, humanity will respond as it will, fencing themselves off from each other. For transactions contact is necessary, these interactions pervading layer upon layer across the entire swathe of mankind, from the domestic help of a wealthier home to exchanges of goods between nations. The lockdown is the severance of all of it: consumption and supply put in deep freeze. Money is neither flowing nor multiplying. The deaths from the disease amplifying the effect. In September, the Centre for Monitoring Indian Economy estimated that over 2 crore people had lost their jobs this year. An article on its website said: ‘There were 86 million salaried jobs in India during 2019-20. In August 2020, their count was down to 65 million. The deficit of 21 million jobs is the biggest among all types of employment. 21 million salaried job losses cannot be confined to only of the support staff among salaried employees. The damage is likely to be deeper, among industrial workers and also white collar workers.’ Add to it all those who did not even count as an employee anywhere and the crores of small and big businesses without a cash flow.

The answer to such devastation was, as the laundry man showed, being quick on the feet. At the other end of the spectrum, take the startup Swiggy, which had had success delivering cooked food from restaurants to homes. But in the initial weeks of the lockdown the restaurants were all locked. Swiggy pivoted. The world had changed and, until homeostasis was restored, the only way to negotiate it was to meet it on its terms. And what were these new areas where hope could be found? They were tied to the new living condition itself, of an entire population that had found themselves under house arrest. They needed to be fed, clothed, cleaned, entertained and more. All of these essential needs had to reach them. These were the places where transactions were possible; where new wealth could be created. The infrastructure would need to be built and serviced. Swiggy overnight became a deliverer, the broker between the neighbourhood grocer and the consumer who was too scared to go there. For a small fee, the same employees of Swiggy who used to deliver food now delivered essential staples. And when the lockdown eased, Swiggy now had a bigger range of services than earlier.

The spirit of enterprise could also be seen in how India developed a personal protective equipment (PPE) sector almost out of thin air in the middle of the lockdown. In Tiruppur, the centre of knitwear manufacturing in India, the companies found themselves facing bankruptcy. A major source of revenue was exports and it had all come to a standstill. They pivoted to manufacturing PPEs, masks initially, and then the full range. As their confidence increased, they began to see the opportunity to export too because the world also faced a shortage of PPEs. In April, The Economic Times would report: ‘About 200 units in this Tamil Nadu town currently make personal protective equipment, mostly to serve needs within India. Industry body Tiruppur Exporters Association has been pushing local manufacturers to improvise on products to meet global standards.’ The report added: ‘‘As of now, we are only supplying within India but once we get the technology and the export market opens up, there is a vast potential to scale up,’ the exporters association general secretary TR Vijaya Kumar told ET.’


A number of things have helped Indians meet the crisis. We are overwhelmingly savers and that helps. The traditional wisdom in every household of having gold as a backup has never found a more useful moment, as other investment classes crashed

No one illustrated more how adversity can lead to opportunities than India’s biggest company, Reliance, which took the moment to announce that, from a petrochemical business, it was now stepping into the future. When the financial world was gasping for breath, Reliance brought in unimaginable amounts of investments into its telecom venture Jio. In an atmosphere of gloom, the country suddenly saw companies such as Facebook and Google rushing in to be part of the India story by way of having a stake in Jio. The Economist would say: ‘Investors including Facebook, a social-media giant, and kkr, a private-equity one, appear to have concluded that the best way to get a piece of India’s future is through a piece of its biggest player.’ A reason for the timing of these deals deal was possibly the lockdown itself. Uncertain times need the cushion of cash to lean on. But there is another element to it. Jio wanted to create a network of local neighbourhood grocery stores and cater their goods to its consumers. The lockdown was a good moment to get a flying start to such an ambition.

A number of things have helped Indians meet the crisis. We are overwhelmingly savers and that helps. The traditional wisdom in every household of having gold as a backup has never found a more useful moment, as other investment classes crashed. Gold loans have shot up because financial institutions were willing to take it as security. India’s digital foundation meant that work from home, the only way to be productive, was possible. Services such as education or fitness training could be taken online from offline. A moratorium on loan repayments meant that financial ruin was not imminent. There was a form of stability, to the extent possible in a poor country, from which rebuilding could begin. And, if human history is any indication, there is usually a bounce back. In Pale Rider: The Spanish Flu of 1918 and How it Changed the World, Laura Spinney writes about this resilience once the pandemic had passed then: ‘Some countries, at least, saw an economic rebound too. In America, industrial output and business activity took a serious hit in 1918 (with the exception of businesses specialising in healthcare products), due to the flu, but when economists Elizabeth Brainerd and Mark Siegler looked at state-by-state flu mortality rates and compared them to estimates of personal income for the following decade, they found a striking correlation: the higher the death rate, the higher the growth in per capita income throughout the 1920s. This was not new wealth, but it was an indication of the capacity of a society to bounce back after a violent shock.’

Already, there are indications it ought to be no different now. End of October, the Credit Suisse Group AG came out with their 2020 Global Wealth Report and its findings were surprisingly positive for India in terms of rise in household incomes. Despite the caveats of uncertain data, it is still some sunshine for a bleak day. About change in wealth per adult between January and June, the report said: ‘The United States experienced the greatest reduction by the end of March, but then recovered at the fastest rate. China, Germany and India also rebounded at a healthy rate, sufficient to ensure positive growth in wealth per adult over the six-month period.’ It was sanguine about wealth prospects in the future too. ‘The COVID-19 pandemic affected India with some delay, as in much of the developing world. While daily cases and deaths hit peaks in March or April in many high-income countries, this did not occur in India, which saw a rising incidence of infections and deaths through June and beyond. While average wealth rose by only 0.7% in the first half of 2020, we estimate that the full rise for 2020 will be 5%-6% and 2021 will see growth of about 9%,’ it said. It is going to be a tough, hard grind of crests and troughs because of the magnitude of what has passed but who can doubt that we have seen the worst and the spirit is more than intact, whether selling vegetables or creating the biggest business India has ever seen.