The BEST of Times 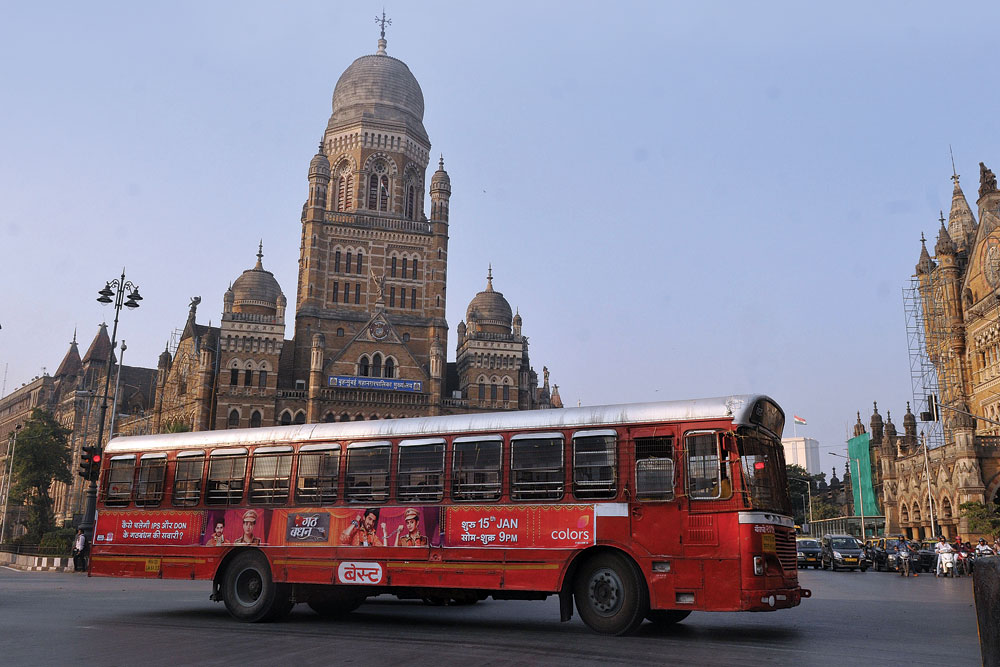 
During the monsoon last year, when Ashwin (name changed upon request) would look out from the window of his flat, his heart would swell with pride. A driver in Mumbai’s BEST (Brihanmumbai Electric Supply and Transport) bus service who had lived in a slum located outside his bus depot all his life, he had only recently moved into a flat he had purchased right outside Mumbai’s city limits. “The rain would look so beautiful,” he says. “It is so green, so many trees, and such quietness.”

The pleasure he took from having moved his wife and two children out from a slum meant, he says, he did not even mind the nearly two-hour long journey it now took him to get to work every day. It was a small price to pay for living in a flat. After the novel coronavirus broke out in the city, Ashwin would be plagued with fear throughout this journey to work. Several individuals at the depot he reported to, one of the largest in the city, were getting infected. “I kept thinking, ‘What if I caught it? What if I brought it back to my wife and children?’” he says. “But I had no option, I had to go to work.”

When the virus began to spread and a lockdown was enforced in Mumbai, most forms of transport were halted. There was no way the city’s fabled lifelines, its crowded local trains were going to be allowed to operate. Even now, its use is restricted to individuals belonging to some essential services. The metro and monorail was shut down; taxis and auto-rickshaws disappeared; even private cars became rare. But for essential services to function, which would involve people living in far-flung places to reach their workplaces, some form of public transport had to be opened up. The city’s authorities turned to its bus service. The buses with their distinctive red colour, the word ‘BEST’ sprawled on their sides, came alive on now desolate streets. The service added more routes, ones that would incorporate hospitals and quarantine centres; it even began to move outside the city, to pick up and drop those that lived there. When the lockdown came to an end, with trains still shut for a majority of the people, the load on the buses has only increased. But it has come at a cost.

So many months since the virus first hit the city, it is now becoming clear that those working in the bus service have suffered a high number of infections. The service’s authorities have been reluctant to share the number of their infections. In fact, by the end of May, it declared it would stop disclosing its death toll over fears of creating panic among workers.

According to reports, by the end of July, nearly 1,400 employees had been infected. Union leaders claim the figure is around 1,500 now, a majority of them conductors and drivers. The organisation has nearly 35,000 employees (6,500 of them working in the electricity department). BEST has claimed around 16 individuals have died so far. But according to union leaders who’ve gone about tabulating those that have died from each depot, around 110 have succumbed to the infection. When contacted, both the service’s spokesperson and general manager Surendrakumar Bagde declined to comment or reveal figures.

Ashwin remained jittery over fears of contracting the virus all through the lockdown. But he reasoned he had a lesser chance of contracting it. Unlike conductors, he didn’t need to interact with passengers. Moreover, he worked the night shift, from 11 pm to 7 am, where his job entailed driving buses to pick up and drop the employees in the bus service. He took extreme precaution. Throughout his late-night rides, he would constantly wash himself and wipe his seat and belongings with a hand sanitiser. When he returned home, he would bathe along with his clothes, and began to stay away from the rest of his family. But by the end of May, he was running a fever. He had caught the infection.


When the virus began to spread and a lockdown was enforced in Mumbai, most forms of transport were halted. The city’s authorities turned to its bus service. The buses came alive on now desolate streets. The service added more routes, ones that would incorporate hospitals and quarantine centres; it even began to move outside the city

This was a period when the city’s healthcare infrastructure was under immense strain. Hospital beds were becoming increasingly difficult to find. Ashwin couldn’t find a hospital either. BEST’s management then, he claims, weren’t arranging ambulances to take employees who lived outside the city’s official limits to hospitals they had tied up with. So Ashwin used the bus service’s informal channels. His friends placed a call with the manager of his depot, who in turn placed a call to a politically-connected conductor. Ashwin was shifted to one hospital and then another. His condition began to deteriorate. This was also the time when he learnt that one of his colleagues at the depot had died from the infection. “Mereko laga mein toh full off ho jayega [I thought I was going to die],” he says in Mumbai’s colourful slang. But gradually he recovered.

The city has had a changing relationship with its bus service. Started first as a tramway back in 1873, later incorporating a power station to supply electricity and then buses, for a long time, it was Mumbai’s ubiquitous form of travel. But this has changed rapidly in the last decade. The number of passengers have declined, from around 45 lakh daily passengers over a decade ago to at one point in 2019, just 19 lakh.

The way people travel was changing. The crowded local trains continued to remain the cheapest and fastest mode, but auto-rickshaws, ordinary and app-based cabs, and private vehicles were taking the bus service’s passengers away. A large question has hung around its future. Many buses have been retired, routes have been scrapped, and fares have been raised, but the service has continued to flounder. It is reported to be over Rs 2,000 crore in debt. Jagnarayan Gupta, a general secretary of the BEST Kamgar Sangathana union, claims from over 4,000 buses in its fleet, the number came down to around 3,300 last year. “After we went on a strike last year, the BMC [the city’s civic body Brihanmumbai Municipal Corporation] promised they wouldn’t reduce this size. But it has gone down to just about 2,900 now,” he says.

There is also an increasing anxiety among its workers—with the service roping in private players to operate buses under the BEST brand—that the city’s civic authorities could eventually wash its hands off the transport division. “I think the way BEST has gone about in the city during this outbreak, with drivers and conductors putting their lives at risk, when no other transport was available, the city has realised how valuable it is,” says Shashank Rao, the leader of the BEST Sanyukt Kamgaar Kruti Samiti.

When the outbreak began to spread rapidly through the city, Sharad (name changed upon request), a conductor in a south Mumbai depot, applied for about a week-long leave to make his house conducive for his son to participate in his online classes. Around this time, BEST was issuing notices to employees too afraid to report to work. Sharad’s leave was cancelled. “Many were afraid to come to work because no social distancing was maintained at depots. Even if you were very careful on the bus, when you came to the depot, it would just be so many of us in fairly crowded rooms,” he says. His leave cancellation made him surly. He is seen, he says, as a troublemaker, someone who would tell on his immediate superiors if they didn’t follow rules. He began to get into disagreements with them. Before the outbreak occurred, he had been operating one particular route for several years. “Everybody knew me. The passengers waiting at a stand would call me on the phone asking how far the bus was. It was that kind of relationship,” he says.

After he got into spats, he was given routes that swept by some of south Mumbai’s most crowded neighbourhoods like Byculla or ones that went to hospitals like Nair Hospital that treats Covid-19 patients. Although current rules stipulate that every alternate seat in BEST buses now must be left empty and not more than five allowed to stand, in these areas, after the lockdown was lifted, it is impossible to follow such rules. “I tried to be strict. But there would be so many fights that I wouldn’t be able to help it. Sometimes there would be old people and you can tell they have been waiting for such a long time,” he says. Before the lockdown was lifted and the crowds were sparse, behind a flimsy mask, he would watch with fear the doctors and ward boys who made their way into his bus. “By god’s grace, I haven’t fallen sick yet. But I feel that it can happen any day now. I try my best. My wife gives me a glass of milk and kadha [an ayurvedic drink] every night,” he says. “But I know it is coming.”

With the authorities not coming forth openly about the number of people who have died, some like Rao from the BEST Sanyukt Kamgaar Kruti Samiti, have begun to float online petitions with demands such as the establishment of Covid-19 facilities just for BEST workers and their families. Jagnarayan Gupta from the BEST Kamgar Sangathana union, using his contacts, has managed to source data that shows the number of employees who have died in the last few months. “All of last year, 81 employees died. But in just three months, from April to end of June this year, 94 people have died. So if only 15 or 16 people have died from Covid, what is killing all these people?”

The outbreak has put employees and their family under severe stress. Sameer (name changed upon request), the 25-year-old son of a bus driver in the city’s western suburbs, has now come to assume the role of the family head. About two weeks ago, his father tested positive for the virus. Since then everything, he says, has gone downhill. The infection led to a form of paralysis. “He couldn’t even move and he has been in an ICU for two weeks,” Sameer says. “I’d watch my father go to work every day. I knew his job was risky, but he wouldn’t talk about what was happening.” Sameer also lost his job a few weeks ago. He spends all his time in the hospital lobby now, sleeping on a chair, arranging the money for his father’s treatment and trying to keep the rest of his family in good spirits. “I can’t afford to tell them [mother and sister] how bad it is. For now, I’m just holding on,” he says.

Ashwin returned to work just two weeks after his discharge. He tried to run on the stairs of his house to see how well he has recovered only to find himself disappointed. His depot manager has pulled him off from driving buses and put him on administrative duty in the office instead. Every few weeks or so, he finds himself sitting in the canteen with colleagues who have also recovered. “We talk of how lucky we are,” he says. “How close we came to it.” 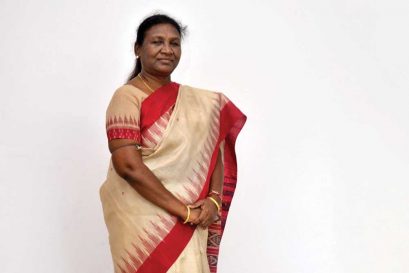 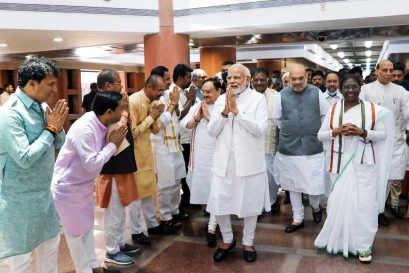