Between Herd Immunity and Herd Mentality

Be bold and risky, or be cautious and safe—the dilemma of dealing with Covid often led to unexpected consequences 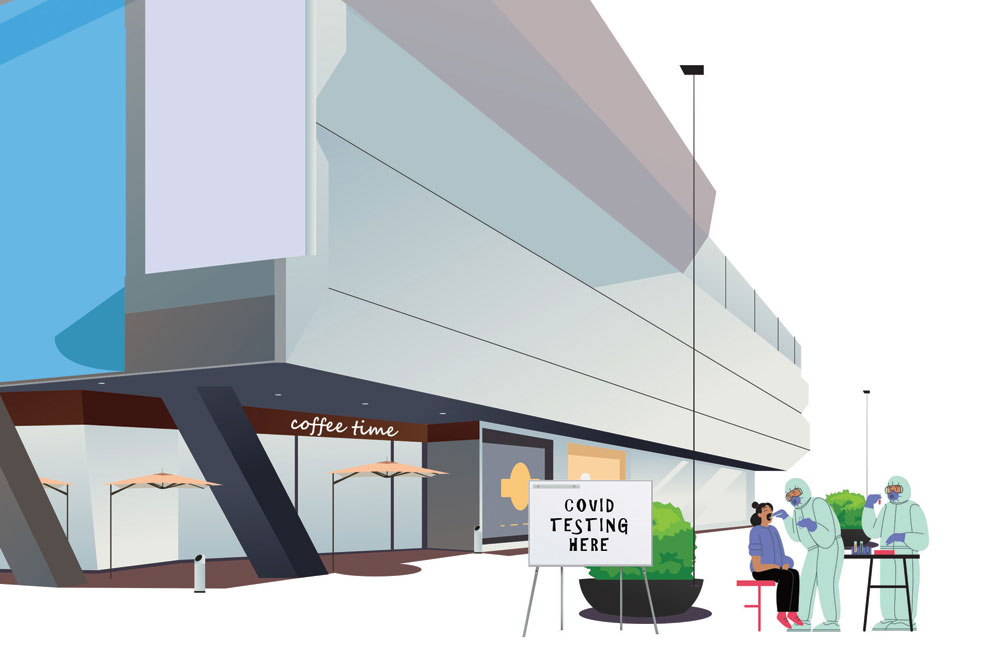 
The mind of government is both peculiar and ordinary. It seeks to do the right thing but also at as little risk to itself as possible for whoever is taking the decision. You had one instance this week itself. The Union Government announced that, as per scientific evidence, the second dose of the Covishield vaccine needn’t be given after 28 days. Instead, the Press Information Bureau release informed us that the Union health secretary has written to states and other institutions charged with the vaccination drive that the gap should now be from four to eight weeks after the first shot. The earlier gap had been four to six weeks. ‘Keeping the existing scientific evidence in view, it appears that protection is enhanced if the second dose of COVISHIELD is administered between 6-8 weeks, but not later than stipulated period of 8 weeks,’ said the release. When new facts emerge one must change one’s opinions and actions. Except, what exactly is being changed? Because if you had to go by scientific wisdom, then the longer one delays the second shot, all the way up to three months, the better it is. That is what a recent paper in the journal Lancet said. Even the World Health Organization has this to say about the AstraZeneca vaccine, of which Covishield is the brandname in India: ‘The recommended dosage is two doses given intramuscularly (0.5ml each) with an interval of 8 to 12 weeks.’ Their recommendation is give the second dose at least after eight weeks for better results but by the time the Indian Government gets round to it, it becomes at the most eight weeks. That a lower limit can become an upper bound is a middle path in the true tradition of India.

The reason for this phenomenon is somewhat straightforward.

Punishment can be limitless for anything new that goes wrong. At the same time, government servants keep getting told to take decisions that get the optimum results. Caught between two possibilities separated by a gulf, the safe option is either to do nothing at all or to create a bridge that ends up in unexpected outcomes. Like the bizarre order of Mumbai’s municipal corporation to forcibly test the general public in malls. Cases are shooting up in the city and testing and tracing are known containment strategies. The difference is that, in the first wave, they went house-to-house in places where there had been a spike to do the testing but this time they are doing it in places where people are congregating, like railway stations and bus stops. Even this you can understand but to add malls to the list is puzzling. Anyone familiar with the crowd of Mumbai knows that malls are nowhere close to the top. The civic body has however spelt out a quota for how many tests must be done in each mall irrespective of the crowd there. Plus, whereas everywhere else the government would pay for the tests, in malls the people who are forcibly being tested must also foot the bill, which is unfair because they haven’t asked for it. There can be two explanations for such an obsession with malls. It is good political optics, telling the poor, who are more valuable voters, that the rich are being specially targeted for testing. Or, it wants to stop people from going to malls without enforcing a lockdown for which there is no public appetite. The only certain outcome is that malls are going to go temporarily bust. The bureaucracy will be satisfied because it shows they are doing something, which is their main objective.


A fallout of any rule is it becomes a new avenue for harassment and that is why the pretence of the mask is for the public as important as the mask itself. Since the government knows this, it creates new rules

The safe course of action, because someone else did it and, therefore, took the risks involved, boomeranged somewhat when it came to the imposition of the lockdown. That was not really an Indian phenomenon alone; almost the entire global community took it for granted that lockdown was the solution and that the more stringent it was, the better would be the fallout. They thought this because China, the first to suffer the outbreak, had overnight put all of Wuhan under house arrest and successfully contained it. It made it look ridiculously easy to fight the virus just as it entered the rest of the world. And so the Indian Government imposed the countrywide lockdown, which, if one remembers the optimism, was initially going to be for three weeks. Good intentions and self-awareness about one’s capabilities however don’t always go together. Because, we know now in the light of experience, what China can do, only China can do. It is a one-party police state armed with cutting-edge surveillance technology, military efficiency and ruthlessness in employing all these characteristics. India is a different creature, a democracy where government is neither feared nor venerated, only tolerated. India’s execution capacities are like words written on water that then get interpreted according to the whim of the functionaries at every level. Was it any surprise that policemen started making migrant labourers returning to their homes do duckwalks as a deterrent to others. Here is a man, in absolute penury because of the lockdown, who is walking 1,500 km to reach the security of his home and family. What is it to him to suffer a little indignity? The police don’t expect such punishment to have any big effect either. All they wanted to do was show the officer above that they were doing something. The walking resistance of the labourers continued gamely until it had become clear to all that the lockdown might contain the virus but it was at a price the Indian masses wouldn’t pay.

The need to be seen doing anything was everywhere. For example, if one remembers the beginning of the pandemic, the AYUSH ministry recommended, with just about nothing to show for it, a homeopathy medicine by the name of Arsenicum Album 30 as a prophylactic against Covid, turning it into a fad for the briefest of moments. Or even the glee with which the medical establishment took up hydroxychloroquine mainly because it was available easily in large numbers, the same logic that Donald Trump had used to encourage its use as a treatment. Herd mentality came to the Indian response much before any aspirations for herd immunity. But always with a little bit of added home-soil ingenuity. Take masks. In the beginning, when there was a shortage, leaders were recommending that even a handkerchief would be a suitable substitute for masks. It was DIY wisdom being offered with authority. It might or might not be useful, but the point is that no one could know whether handkerchiefs worked against the coronavirus. Even now, the wearing of masks is often symbolic if you take a cursory look at Indian streets. An extraordinary number of people wear it below their nose, which is somewhat undercutting the principle of it. But there is a reason for even silly behaviour. The idea of having a token mask is not to keep the virus away because Indians have more or less lost the fear of the disease; who they want to keep away is the government. A fallout of any rule or law is it becomes a new avenue for harassment and that is why the pretence of the mask is for the public as important as the mask itself. Since the government knows this, it creates new rules, spelling out the exact manner in which the mask must be worn. And that is how detail gets added to detail in the great book, until anything that anyone does can be interpreted as breaking a rule.

India’s ingenious relationship with rules is not just by its people alone. Government itself partakes in it. Take the very beginning of the vaccination drive, when Covaxin was offered as one of the two that people could get. But the company producing it had not yet published the full spectrum of clinical trials data as required for authorisation. And so, ingenuity stepped in and all those who took the vaccine were also made to automatically enrol as participants in a clinical trial making it true to the letter of the rule. And, if you were worried about the spirit of the rule, then all you had to do was look at all the ways in which vaccines abroad had also been fast-tracked without precedence. This was just a home tactic introduced into the global pantheon of exigencies that Covid created.