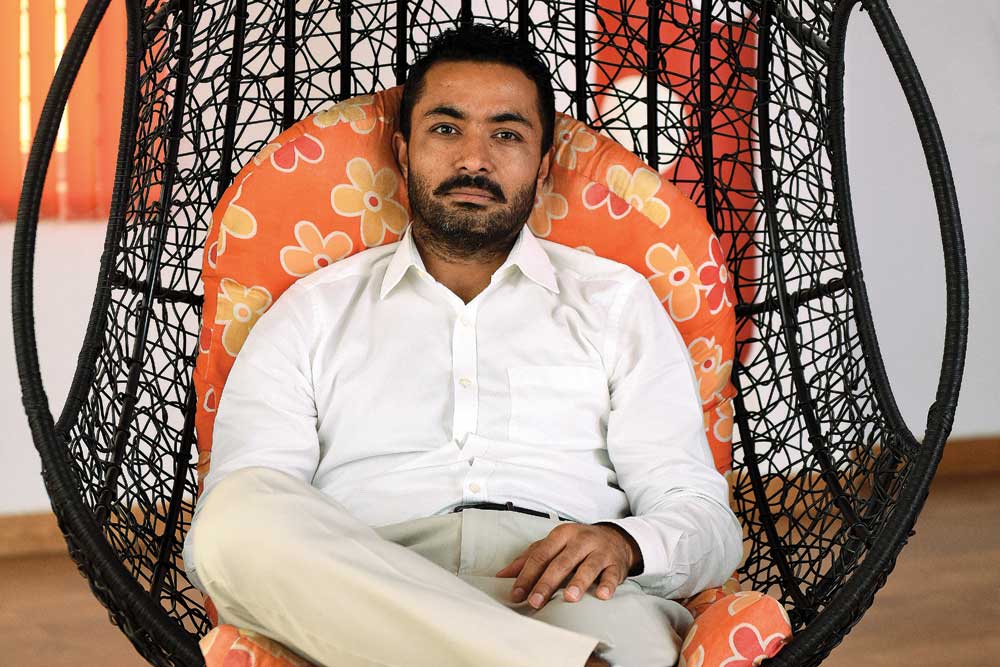 How carefully do you choose your words on social media? Do you avoid adverbs and clichés, like any good writer? Do you indulge in a bit of millennial cultural appropriation, a ‘bae’ here, a ‘woot’ there? Do you obsess, like Gustave Flaubert, over le mot juste even if it is just a tweet you are composing and not a modernist classic? Well, good for you. We live in a visual world, but most information, online and offline, is still relayed through text. Words like ‘computer’, ‘internet’ and ‘read’ are often dead giveaways, but what if even your everyday tweet could reveal your geeky stripes? What if someone told you that you were ‘less open’ because you used a lot of pronouns? What if an algorithm could learn more about you, from reading your blog posts, than your partner of several years? And what if it used the information to advise headhunters on whether or not you are a good fit for a role they are hiring for? It may seem spooky, but it is the future of hiring, believes Amarpreet Kalkat, 40, co-founder of Frrole, an artificial intelligence startup. With companies increasingly asking applicants to take personality assessment tests to ensure an ideal fit, a faster, more accurate and cost-effective way of scoring people based on personality traits is an idea that is here to stay.

Frrole’s hiring assistance tool, DeepSense, mines social data from professional and public networks like LinkedIn, Twitter and blogs and—using applied psychology to train its algorithm—draws inferences about candidates’ learning ability, team-work skills, stability potential, action-orientedness and other traits relevant to employability. DeepSense exploits two major trends of the internet age. First, the emergence of social networks as the largest databases of human behaviour, and second, the ever-improving algorithmic understanding of human language, as evidenced by the evolution of e-assistants like Siri, Google Now and Amazon Alexa. “Software becomes truly intelligent when it simulates data,” says Kalkat, a former product manager at Nokia. We meet at a cafe in Koramangala, one of Bengaluru’s startup hubs. The place is packed with young people for whom an online social life is likely as important as breakfast with friends. Even if you are the sort who is averse to sharing a lot on social networks, much can be inferred from what seems like basic info—the people you follow and interact closely with, for instance. “If you share nothing socially, we might ask you to send in a short essay, but this is rare,” Kalkat says.

Frrole is aware how revealing even basic data can be, especially if it is visual. Kalkat cites the controversial year-old Stanford University study based on photographs of 35,000 human faces which found that an algorithm could correctly distinguish between gay and straight men 81 per cent of the time—74 per cent for women—causing alarm not only in the LGBT community but also within the world of AI. The fraternity knew machine learning was a weapon that could cut a swath through the deepest human fears and insecurities, but it had not yet witnessed its full power. Humans looking at the same photographs fared a lot worse in comparison, identifying the correct sexual orientation only 61 per cent of the time for men and 54 per cent for women. With such power must come great responsibilty. The Cambridge Analytica blowup, still fresh in our minds, highlights how illegally obtained social data, run through the mill of machine learning-enabled personality prediction models, can be used mischievously. One of Frrole’s core strengths therefore is its ethical clarity. It values consent and privacy and steers clear of bias based on gender, race and other attributes. “We don’t use any visual data and we don’t look at data from private social networks like Facebook. We are entirely consent-based,” Kalkat says. “With the data that people share via LinkedIn, Instagram, Twitter and professional networks, we are able to analyse, with about 80 per cent accuracy, their personality based on a standard five-point scale.”

The art of distilling social conversations has long fascinated him. This is not the first time Frrole is dabbling in social intelligence. ‘Frrole’ is Punjabi for serendipitous discovery, and the company’s first avatar as a Twitter-based newspaper was a vehicle for just that. It reached a million users between 2011 and 2013 before becoming part of Microsoft Accelerator and turning into a social media analytics firm aimed at media and brands. With $500,000 in revenues and customers like the Smithsonian, Network 18, Flipkart and eBay, the product, Scout, helps companies track the response to their products and find the right target audiences. For instance, it can listen to conversations around Donald Trump and conclude that a majority of users mentioning Trump are either angry or fearful.

DeepSense, launched last year, is still something of an “art movie”, says Kalkat. “We have had good visibility, with international media featuring us as a game-changing hiring tool. But commercial success is yet to come.” A DeepSense profile does not cost a lot. It is pitched as a 20-second, $0.2-solution to replace a 20-minute, $10-personality assessment test that two-thirds of all companies with 100 employees or more rely on for hiring. “We recommend DeepSense for customer facing, managerial and leadership roles. Junior technical hiring is one area where we don’t recommend it strongly, as more companies tend to focus on hard skills there and these candidates also have low social activity in general,” Kalkat says.

“Companies and employees normally operate in two zones, war time and peace time. Interview processes generally cover war-time behaviour. But mostly, employees work in peace time. Analysis of social-media behaviour can be a good indication of peace-time behaviour. For example, a thought-provoking blog can be an indication of the writer’s leadership and out-of-the-box thinking ability. Excessive likes or forwards on social media would indicate a follower. Products like DeepSense are needed to complement the in-person interview and the reference-check process,” says Vinish Kathuria, an early investor in Frrole and managing partner at SenseAI Ventures, a fund that supports AI startups.

The technology that makes social data-based predictions possible has been available for a while now. IBM’s Watson Personality Insights, around for three years now, uses models of personality characteristics, needs and values to predict an individual’s preferences by analysing their textual data. Where DeepSense scores is with its reliability, thanks to a training data set of thousands of profiles—and ease of use. It maps personality on multiple psychometric test scales: the Big Five traits—Openness, Conscientiousness, Extroversion, Agreeableness and Neuroticism—referred to as OCEAN; and DISC assessment traits—Dominance, Influence, Steadiness and Conscientiousness. An IIM Kozhikode alumnus, Kalkat’s DeepSense profile describes him as ‘mostly measured and logical’. ‘He is a dynamic individual who is slightly sensitive. Occasionally passionate and impulsive, he usually does not hesitate from expressing himself freely. He is a moderately thoughtful individual who likes his space. He is positive and optimistic. He is competitive and challenging as well as frank and believes in speaking his mind.’

The last bit is fairly evident. “Right now, the US is our biggest market. In India, soft-skill assessment is only just beginning to get interesting,” he says. “We are trying to work with a financial institution in Mumbai, for instance, but the process of getting the nod from top management is taking a long time.” DeepSense is run by a team of just 10 people, six of them engineers. “You don’t need PhDs from Stanford to do what we do,” says Kalkat, who hails from a village in Hoshiarpur in Punjab and considers it his good fortune that his parents put him in a boarding school and encouraged him to study. An engineering degree opened up a world full of possibilities, but what he wanted to do eventually was to “build intelligent products”. Such as software that can pull clues from an individual’s social graph to understand what drives them, deep down.