There should be a statutory warning that consuming popcorn, samosas and other snacks during the interval of Toilet: Ek Prem Katha is not advisable 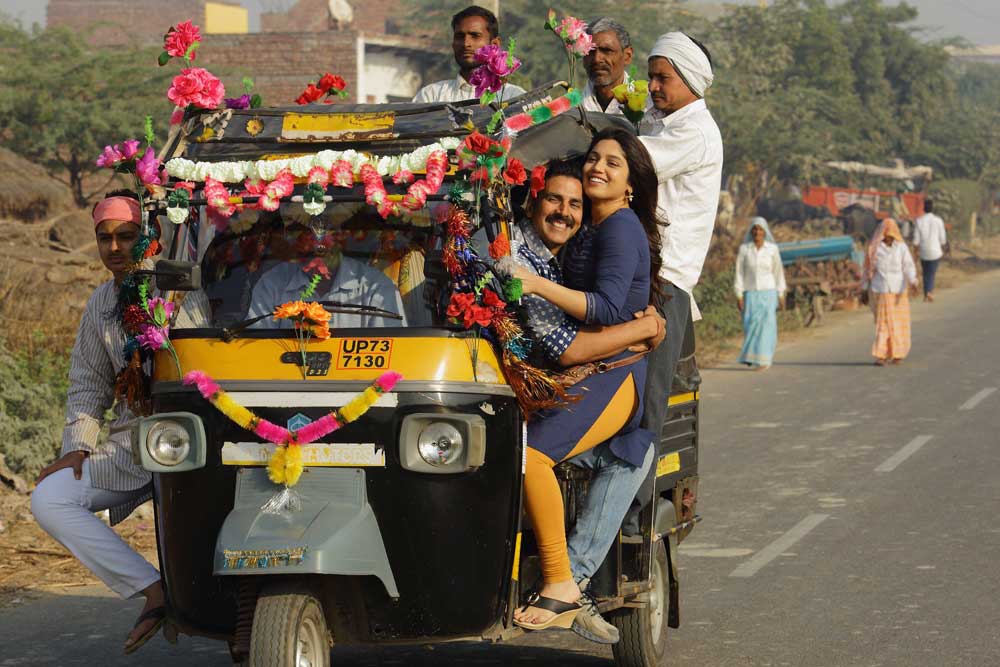 Open defecation is a serious health and civic problem in our dear beloved country, and all means of propaganda to spread awareness of how damaging it is to community welfare, are being used. Hindi cinema, with a major movie star as the lead character, has been selected here as a communication medium that is expected to bring the problem to the front burner of our consciousness.

First of all, it has to be said that there should be a statutory warning saying that consuming popcorn, samosas and other snacks during the interval of Toilet: Ek Prem Katha is not advisable. The film has an excremental theme that slowly begins to pervade your consciousness. It is the declared intention of the movie to make you think of poo, right through.

It is a story about a village in the hinterland where both men and women traditionally go to the fields to relieve themselves. The situation is particular piquant for women because they have to go before daylight in a tightly knit group, euphemistically called a ‘Lota Party’. Security is a serious issue for them because some perverted men use flashlights and vehicle headlights to spy on these most private moments.

Few people have toilets in their homes here because it is considered unclean and smelly, with some religiously inclined individuals even going so far as to quote the scriptures to support their position. All the newly constructed toilets by the Government go to waste, as they are found more useful when converted into storage rooms. In this village lives a ‘slumdog millionaire’ called Keshav (Akshay Kumar) who is a cycle sales and spare parts man. He has no toilet in his home, but gets married to a woman from a neighbouring village, without telling her about this. This is his second marriage. The first was to a buffalo; a local ritual that was found necessary as he was found to be a ‘manglik’ by his ‘Panditji’ father. That marriage was not rocked by protest, as the buffalo had no issue with open defecation.

After a very pleasurable ‘suhagraat’, Keshav’s bride, Jaya (Bhumi Pednekar), wakes up to the unpleasant news that she will have to join the ‘Lota Party’ and sing her way to the fields for the community ablutions. She is shocked, as she has been accustomed to using a toilet in her parental home. However, being a good natured woman, she goes along with the ladies. But when the time comes to squat, the bile rises in her throat and she refuses.

Instead, necessity being the mother of invention, Jaya makes do with using the toilet of the train that stops for seven minutes every day at the local station. It is an idea arrived at by her desperate husband, and is the most cinematic part of this didactic movie. Every morning Keshav drives Jaya on his motorcyle to the railway platform, waits for her to finish her big job in less than seven minutes, and then drives the relieved lady back. The sequence has comic intent, but such is the nature of the film’s focus on human bowel movements, that nausea, instead, becomes the primary sensory experience of watching it.

With all due respect to the Swachh Bharat drive of the Government, under whose aegis this movie is made, a film released in movie theatres is not the ideal format for a media blitz on the subject of open defecation and the sanitary benefits of using toilets. Audiences here are looking forward to being entertained. The mind of the paying public, in a multiplex or single theatre, is not receptive to a constant repetition of the imagery of excrement, and its associative notions. In fact, audiences could actually react negatively to the information overdrive in this medium. And then the programme – which is so important for sanitation, for health and for the environment – might easily suffer from a boomerang effect.