The former Jammu and Kashmir governor is often accused of orchestrating the Pandit exodus. The truth is starkly different 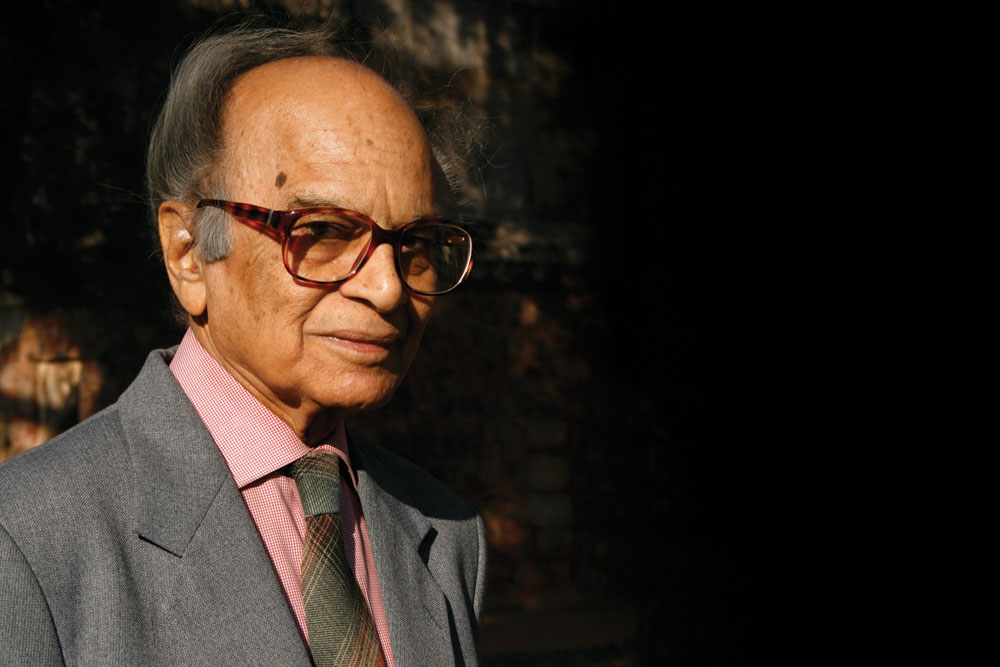 
THE YEAR IS 1984. Sometime in the beginning of April, Jagmohan is called by Prime Minister Indira Gandhi. As he is on his way, Jagmohan thinks about what it could be. His guess is Punjab. Things are not looking good in Punjab. She wants me to take care of it, Jagmohan thinks.

But when he reaches her residence, Jagmohan is in for a surprise. “You have to go to Kashmir,” she says. Jagmohan tells her that he thought she was calling him for Punjab.

“I do not want another Punjab in Kashmir,” she replies grimly.

While she is grappling with the crisis in Punjab which will soon blow up and consume her life that October, Indira Gandhi has foreboded that the situation in Kashmir will turn worse.

On February 3 that year, Ravindra Mhatre, an Indian diplomat posted in Birmingham, UK, had been kidnapped and killed two days later by the organisation called the Jammu Kashmir Liberation Front (JKLF). In response to that, India hanged its cofounder Maqbool Butt a few days later for a murder he had committed in Kashmir 17 years earlier. Butt was hanged in Delhi’s Tihar Jail and lies buried there.

ON APRIL 26, 1984, Jagmohan took over as the governor of Jammu and Kashmir. Later that year, Farooq Abdullah’s government was dismissed.

After the Rajiv-Farooq accord in 1986, Abdullah was reinstated as chief minister.

On November 7, 1986, after Jagmohan made Farooq Abdullah take oath as chief minister, Abdullah made a short speech. “If today three ballot boxes are kept, one for the National Conference, one for the Congress, and one for you, your ballot box would be full while the other two would be empty. Please do not hesitate to pull my ears if I go wrong,” he said.

Jagmohan continued to be governor till July 1989.


By 1990, there was a deep chasm between Muslims and Pandits in the valley. That is why even ordinary Muslims took part in the brutalisation of Pandits

Jagmohan would later recall how Rajiv Gandhi wanted him to contest Lok Sabha polls from South Delhi that year. Jagmohan refused, saying he had no experience as a politician and that he was better off as an administrator. After his stint in Kashmir, he quietly returned to Delhi to his Panchsheel Park residence.

It was in December that year that Jagmohan got a late-night call from the new prime minister, VP Singh. Five terrorists had been released in exchange for Rubaiya Sayeed in Kashmir and the entire Valley had burst into euphoria.

It was then that Jagmohan was asked to return as governor, which he officially did on January 19, 1990.

The same night, an orchestrated campaign in mosques began that frightened the minority Pandits. The next day, their exodus began.

That night, Jagmohan was at Raj Bhavan in Jammu as he could not reach Srinagar due to bad weather. That night he received many calls from hapless and frightened Pandits from the Valley, begging him to save them. Not only he but many other officials, including the then additional secretary in the Ministry of Home Affairs received such calls. There was no question of the Pandits leaving on the night of January 19 in ‘government-controlled buses’ as there was no government in place.

In his memoir, My Frozen Turbulence in Kashmir, Jagmohan records some of it: “Tonight is our last night”; “Our womenfolk, our sisters, our mothers, would be abducted and we menfolk slaughtered,” some of the voices from the Valley told him.

His detractors have also, often without any scrutiny, quoted an interview Jagmohan reportedly gave to the weekly Current in May 1990 wherein he stated, “Every Muslim in Kashmir is a militant today… the bullet is the only solution for Kashmir.” What they don’t know or choose to ignore is that this issue of Current appeared on the stands on May 26, 1990. But surprisingly, a day earlier, it was used by Congress leader NKP Salve to create a ruckus in Parliament over Jagmohan’s role in Kashmir.

Salve, Jagmohan believed, was only working on behalf of his master Rajiv Gandhi who was desperate to discredit VP Singh. Immediately afterwards, Jagmohan denied giving this interview and filed a `20 lakh damages suit in the Delhi High Court. Both the correspondent and the editor of Current were forced to tender an unconditional apology to Jagmohan. The editor, Ayub Syed, wrote to Jagmohan saying, “I express my sincere regrets to you for printing and publishing the aforesaid words, which have been found by me to have been falsely attributed to you, in the said weekly issue of Current. I shall print and publish on the front page of the next following weekly issue of Current my sincere regrets for having printed and published the aforesaid words…”

The truth was stated courageously by journalist Ghulam Mohammed Sofi: ‘the Pandit flight was the sequel to a plan hatched well in advance. It had nothing to do with Jagmohan’

The fact is that, by 1990, there was a deep chasm between the Muslims and the Pandits in the Valley. That is why even ordinary Muslims took part in the brutalisation of the Pandits. Significant sections of the Muslim middle class supported the ISI-sponsored secessionist movement and communalisation and they began to see the Kashmiri Hindu (Pandit) community as an obstacle in its designs. The well-meaning intellectuals and scholars who always referred to the benevolent strain of Islam in Kashmir failed to notice the gradual communalisation of Kashmir right from 1947 onwards.

There are many families who lost members in both 1947 and 1990. The director of Doordarshan Kashmir, Lassa Kaul, who was gunned down on February 13, 1990 when he was visiting his handicapped father, left behind his wife and two children. His wife had lost her father in 1947.

In February 1990 itself, Kashmiri Pandits wanted to know their place in the changed Kashmir. On February 21, a prominent Pandit leader, HN Jattu, wrote an open letter to the militant leaders that was published in all newspapers in Kashmir. In the letter, Jattu had appealed to the militants to make their stand clear on the Pandits and not kill them by labelling them as informers, and that if they had any suspicion about any Pandit, they could bring it to the notice of Jattu’s organisation. JKLF responded immediately by killing one of Jattu’s close associates, a young man called Ashok Kumar Qazi. He was first shot in the knees and knuckles, then kicked into a drain and urine was sprayed on him before he was relieved of his agony.

Governor Jagmohan, despite such incidents, never wanted the Pandits to leave the Valley. A press note, released by his office on March 7, 1990, said: “Jagmohan, Governor, J&K, has appealed to the members of Kashmiri Pandit community not to leave the Valley even temporarily. He said that law and order machinery was being rebuilt… Jagmohan also appealed to the members of the community who have temporarily migrated to Jammu to return to the Valley. He offered to set up temporary camps at four places, namely, Srinagar, Anantnag, Baramulla and Kupwara for those who will return from Jammu.”

BUT THINGS WERE turning worse for the Pandits. In a press release of the terrorist outfit Hizbul Mujahideen, carried in the Srinagar-based Urdu daily Aftaab on April 1, 1990, the headline screamed: “The present struggle is aimed at bringing the supremacy of Islam in Kashmir in all walks of life. Anyone who puts any hurdle in our way will be annihilated.”

There was no question of the Pandits leaving on the night of January 19, 1990 on ‘government-controlled buses’ as there was no government in place

The truth behind the exodus of the Pandits was stated very courageously by veteran journalist Ghulam Mohammed Sofi, the editor of Srinagar Times, in an interview conducted in 1997 which was published in a book titled The Trauma of Kashmir: The Untold Story. When asked about Jagmohan’s alleged role in the exodus of Pandits, Sofi remarked: “It is a total lie. It is part of systematic propaganda. The Pandit flight from the valley was the sequel to a plan hatched well in advance from outside the state. It had nothing to do with Jagmohan.”

To another question about the situation in the Valley when Jagmohan took over as governor, Sofi says: “There was no administration worth the name anywhere in the state… I mean in the valley. The police stations all over the valley were centres of operation for the militants. Jagmohan could not have done anything. Nearly 32,000 Kashmiri Pandit houses have been burnt since 1991. Is there Jagmohan’s hands in this too?”

After the release of The Kashmir Files, when some official Congress handles tweeted the same lies about Jagmohan, they perhaps did not take a moment to look at their own party’s history.