A flâneur’s diary from Bangkok and Chiang Mai 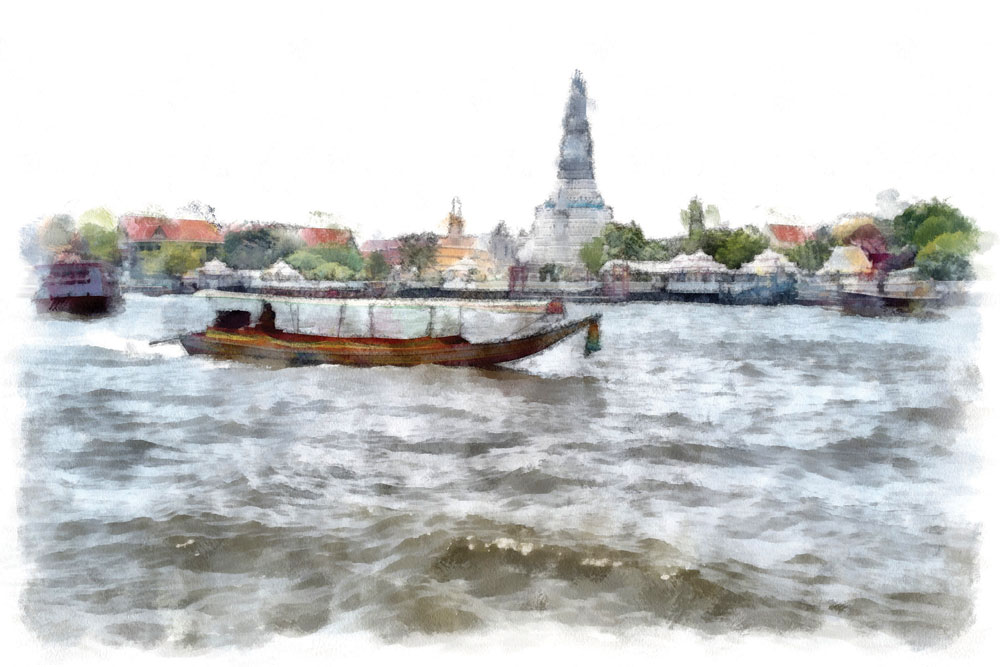 
The city accessorises the river, which, in the traveller’s memory, is the eternal flow of stories. The mortal grandeur along the shores is a reminder of what the river had gone through, of how the physical vulnerability of a city is set against the enduring currents of a civilisation. The Chao Phraya was a lazy allure when seen from my hotel room in Bangkok, which just started welcoming back the international traveller, one morning in late March. Confined to your room, it was that inevitable period of waiting for the result of the RT-PCR test you had taken on your way from the airport to the hotel. Till you were presented with the happy result—and the key card—the river would be your sole solace. It was as if the Maenam, the intimate other name for the Chao Phraya, was the preordained conversation companion for the traveller in post-pandemic Thailand. I would have my moments: a boat ride back from a meal of gaeng crab meat bai cha plu and other finely worded and amazingly curated delicacies, among them an artwork of an omelette called kai yok song, to the hotel; a dinner on the buzzy Sirimahannop ship at the Asiatique riverfront; and an open-air dinner at the hotel Capella as the river breeze carried the aroma from table to table. The antique river adds flavour to whatever the modern Bangkok has to offer.

And nothing delighted me more than what the River City, a few steps from the Royal Orchid Sheraton Hotel, had shown me one afternoon. Built on the river, it’s a multi-level modern space that brings art, antiques and refined shopping together in an atmosphere of relaxed sophistication—a perfect place for the evolved flâneur. Here it is a choice between cutting-edge modernity and Southeast Asian antiquity, between kitsch and amateur experimentalism, between souvenirs and stationery. A traveller’s last stop in an exhibition space is the shop. I left emptyhanded, but not before a coffee by the riverside. 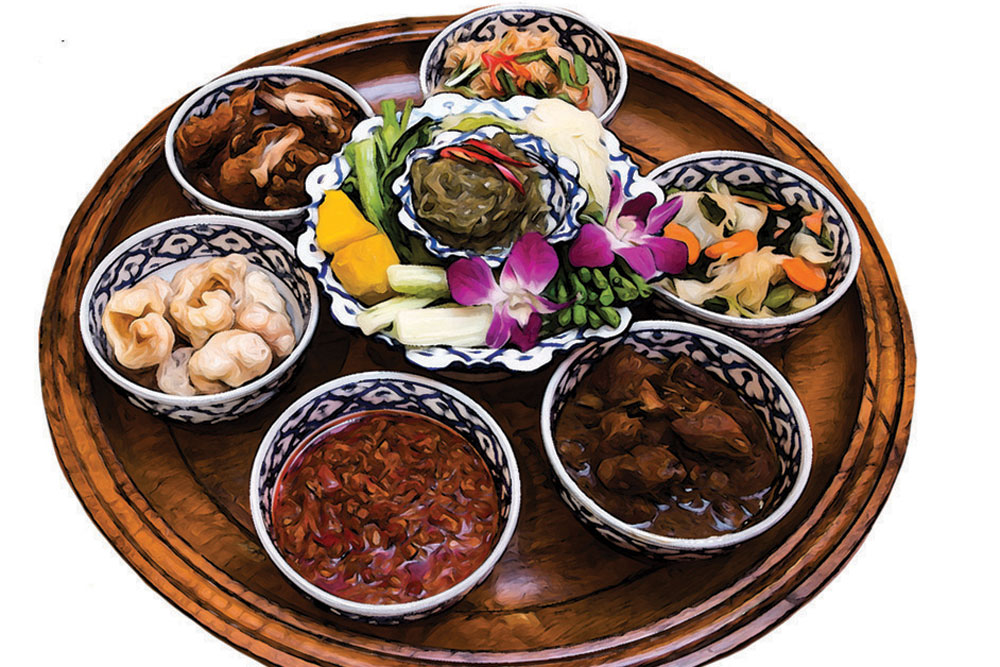 The art of the sacred is an enduring invitation to the traveller anywhere. In Thailand it’s an experience that is Golden with a Capital G, and its most shimmering expression is the Temple of the Emerald Buddha in the Grand Palace complex, whose current glory is a testament to the 18th-century King Rama I’s monumental vision played out on the bank of the Chao Phraya. Divinity is a play of colours and stillness in which what overwhelms you most is the geometry of silence. Soaring pillars and restored relics, murals depicting the clash between the demonic and the divine, the Buddhist scriptorium and a miniature Angkor Wat, halls and statues with a cross-cultural backstory—it’s a labyrinth of permanent astonishment. And for me it culminated in the meditative pause in the hall of the Emerald Buddha himself, originally found in the mid-15th century in northern Thailand and sculpted out of jasper. At the core of the palace maze is the Buddha’s silence, ever resonant in the emerald shrine. 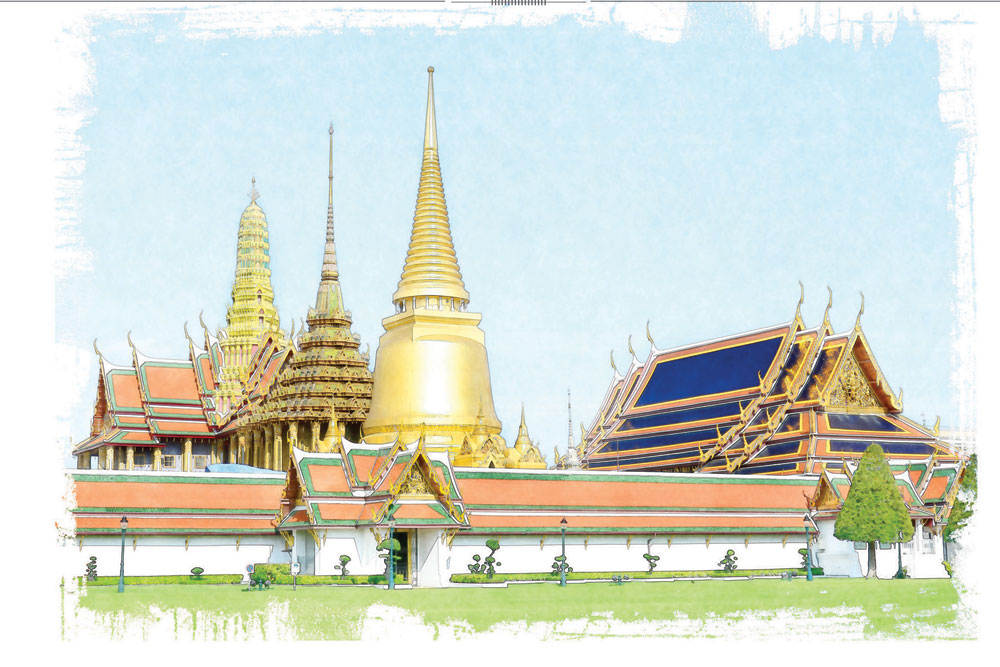 My Buddha trail in Bangkok ends with Wat Pho, the temple of the Reclining Buddha. A rewarding finale to a spiritual quest is body pampering, not in one of those cosy spas (of which later) but in the no-frills Wat Po Thai Traditional Medical School, where the queue never ends for affordable massage treatment by qualified masseurs, in a hall where nobody demands privacy, in the sheltering shadow of the Reclining Buddha.

Bangkok indulges the senses. It’s a city where the cultural traits of the austere exist in perfect harmony with high-end indulgences for the connoisseur. Maybe the best way to start the evening is with a sundowner at the Firefly Bar in the Sindhorn Kempinski Hotel. One of the most elegant bars in the city has a great collection complemented by an imaginative mixology in a plush, laidback leather-and-wood interior. I loved browsing through their cigar room too. 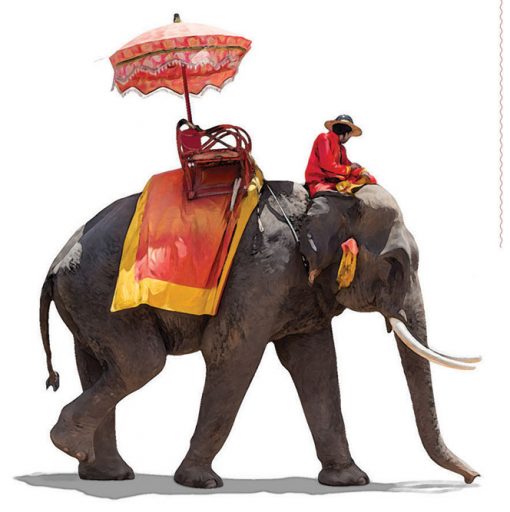 Chiang Mai is non-Bangkok. This northern city of hilltop Buddhist shrines and luxury spas defies tourist clichés about Thailand in subtler, understated ways. A city that draws its serenity from its monastic sprawl and luxury accentuated by cultural attitudes spanning centuries, taking you back to kings and colonisers. How this city was the stage on which many struggles for the soul of the Lan Na kingdom were played out was expertly chronicled in Sarassawadee Ongsakul’s comprehensive History of Lan Na, though its dense storytelling won’t make it an ideal inflight reading. But patience will be rewarded when you set out to discover a city of cultural alchemy. It is too self-conscious to be intrusive. The hotel I checked into provided the perfect prologue, beginning with the name itself and finding full expression in its teakwood colonial structure with occasional dashes of Indian motifs. Exquisite is not a word out of place when you realise the effortless diligence with which Na Nirand Romantic Boutique Resort pays attention to detail. Imperial memory is at your service. 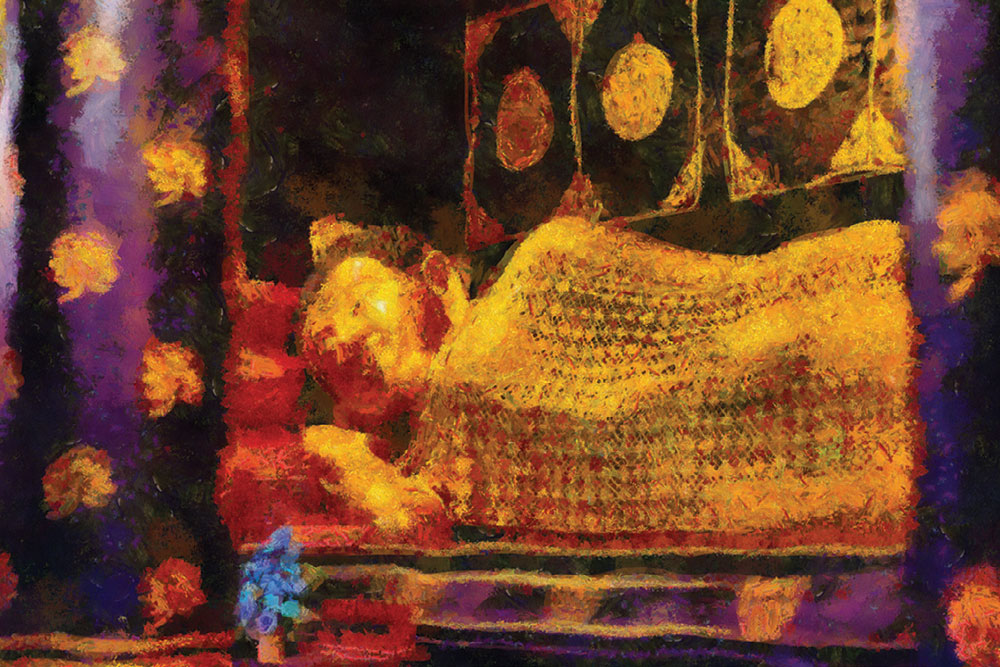 The monastic in Chiang Mai can never be monotonous. That’s why spa-hopping in the hill city is not an alternative indulgence but a necessary journey for the serenity seeker. Start from the top, where luxury has the best mountain view. A 30-kilometre drive from downtown Chiang Mai and you reach Panviman Spa Resort, a place where you’re made to believe that heaven is accessible, that geography and tradition can offer a higher realm of relaxation. I was a casual visitor who was content with a foot massage. It is a place to return and linger. Another day, that is the flâneur’s refrain. Downhill, RarinJinda Wellness Spa and Oasis are worthy pauses along the temple route. Elsewhere, the wanderer discovers the finest cafés and bars without any intimation. In Chiang Mai it’s the relentlessness of the spa experience that sets the city apart. 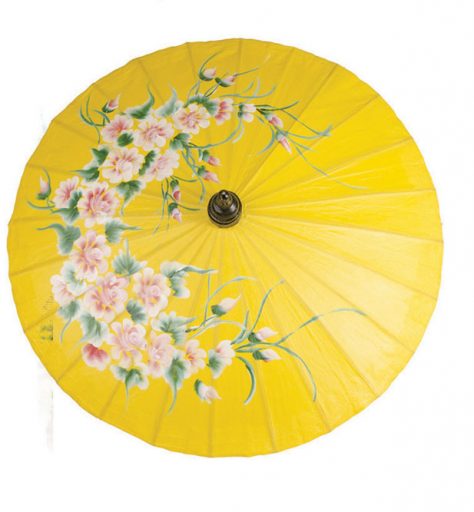 There’s a weary predictability about the so-called authentic experiences. The promotional overkill straitjackets culture. The good thing about Chiang Mai is that no one tries too hard to please the passerby. Even the elephants at the conservation centre in Lampang seem to be aware that being the emblematic national mammal is not a burden, even though they are trained to perform and pose for selfies. Similarly, at the Bo Sang Umbrella Village, craft meets ethnic art to produce ornamental parasols, and the curious visitor is invited to experience the process. It looks more polite and less promotional. Funny, my souvenirs from the umbrella centre were handmade notebooks with erotic as well as Buddhist cover art.

Dinner with a pronounced flavour of history was my Chiang Mai secret worth sharing. At Hotel Anantara, they call it the secret room, and you access it through a hidden door made of mock leatherbound books. The Service 1921 Restaurant & Bar is their way of travelling back in time to relocate their British heritage. They have created a convincing atmosphere of the colonial intelligence service circa 1921. The food was too good to be a spy’s favourite alone.