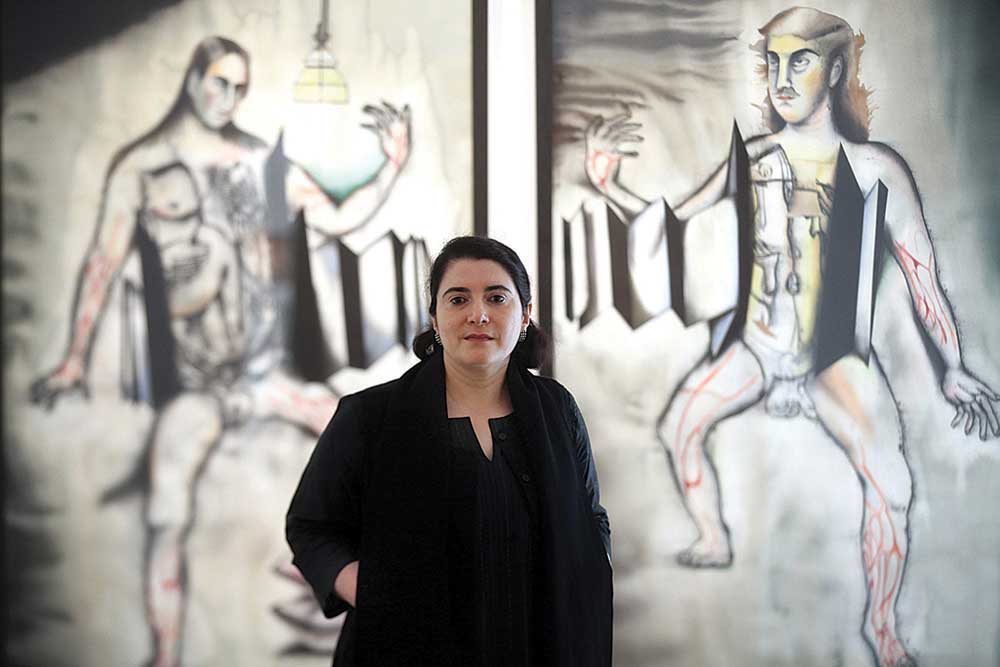 This February, Bikaner House in Delhi transformed into a house of treasures. Anju Dodiya’s solo show The Air is a Mill of Hooks (taken from a Sylvia Plath poem) was one of the most spectacular exhibitions recently mounted in the capital. Dodiya’s work has always been a series of internal monologues expressed on a range of canvases (including foam and mattresses) in various ways.

The self, the outer world and the imagination, all slap on their input but the true creative act happens when everything is shrugged off and something unpredictable emerges. The mystery of the process makes it art. Otherwise, it’s a factory

The ‘self’ is the fulcrum of her work, but her artistry and craftsmanship elevate the autobiographical to the universal. Her work brings together the symmetry of geometry with the precision of embroidery to create a world of dreams and sleep, loneliness and intimacy. Over the last two decades, Dodiya’s art has been both material and lyrical, and in that, it rises above the rest.