Keeping it in the Family

The Rajapaksas had turned the government into a fiefdom. Sri Lankans knew just whom to blame when disaster struck 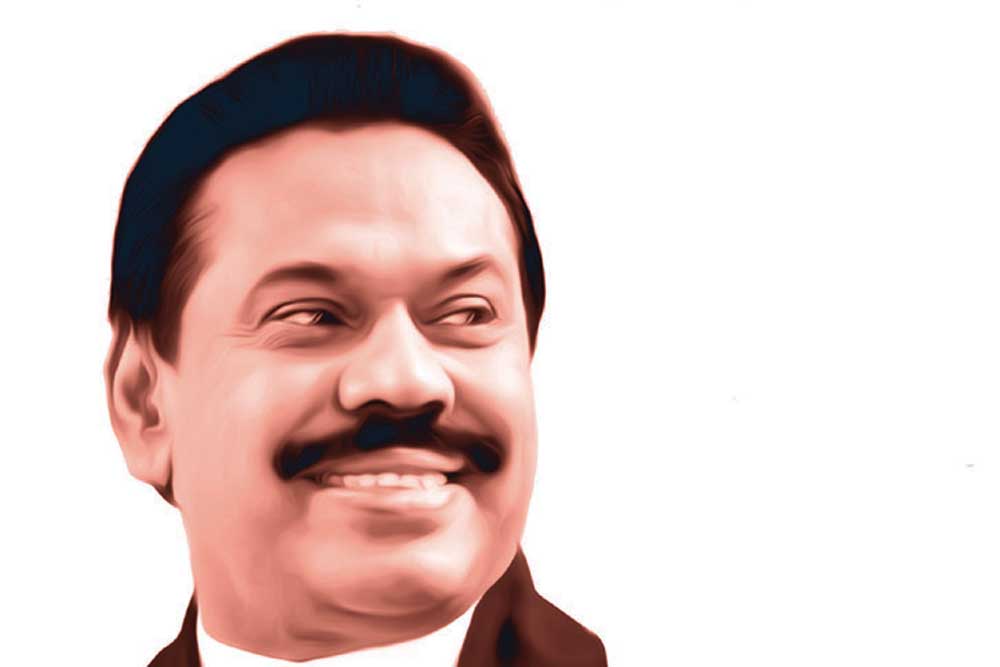 
THE PEAK OF THE RAJAPAKSA family’s glory was in 2009 with the killing of Liberation Tigers of Tamil Eelam (LTTE) leader V Prabhakaran and the final victory in the civil war that Sri Lanka had been enduring for decades. At the time, Mahinda Rajapaksa was the president and his brother Gotabaya the defence secretary. The family’s rise in the island nation’s politics, however, took its time. Feudal landowners, they entered the political scene in 1936 in the district of Hambantota when Mathew Rajapaksa, uncle of Mahinda, was elected to the state council, as the legislature was called. Hambantota would remain their stronghold.


In 1970, it was the turn of Mahinda Rajapaksa who, as a 24-year-old, the youngest ever, got elected to parliament. There was some irony inbuilt into his career. When he was in the opposition and there was an insurrection by nationalist forces, he would ask for international oversight against the government over human rights violations. At the end of the war against LTTE, he would be the one accused of massive human rights violations and war crimes. But all that came later. Through the 1980s and 1990s, he was a steadily rising politician in the national firmament, getting his first ministership under the Chandrika Kumaratunga government in 1994. In 2002, he became the leader of the opposition, the stepping stone to what would eventually be an almost absolute power. Unlike India, Sri Lanka’s president is directly elected and is the head of government. But the prime minister, who is elected by the majority party, also has political power. If they are from different parties, then there is tension; if from the same party, the ship sails along nicely, with the prime minister acting as the president’s deputy.

In 2004, Mahinda became prime minister and the next year he stood for the presidential election and won. The Rajapaksa family had finally got to the top of the heap. He retained the important portfolios of finance and defence.

Gotabaya was appointed defence secretary and together they discarded peacekeeping initiatives with LTTE and went on a military offensive that would in four years ensure a total and resounding victory. Mahinda easily won a second term and by the time presidential elections came in 2015, no one expected him to lose. With peace, he had focused on infrastructure and economic growth, which was also expected to provide dividends. But a united coalition of the opposition woven in secrecy by one of his own ministers and a former ally, Maithripala Sirisena, managed to get a narrow majority. It came as a shock to the Rajapaksas and the world.

In 2019, the Rajapaksas would be back in power but the hierarchy had changed. Now it was Gotabaya who was president with Mahinda as prime minister. A career soldier earlier, what led to his downfall wouldn’t be militancy or terrorism but the economy. He was unlucky in the fatal strike of Covid on Sri Lanka’s tourism, one of its main revenue sources, but he contributed to the collapse through policies like tax cuts precisely when the government needed more funds. And then there were bizarre decisions like taking agriculture organic at one stroke, leading to huge production losses. These were decisions fated to go wrong because the Rajapaksas had become so powerful that decisions with far-reaching consequences were being made unilaterally without adequate consultation or testing.

Gotabaya’s government itself was a case in point. It was teeming with members of the Rajapaksa family.

Another of Mahinda’s sons, Yoshitha, was chief of staff to the prime minister. With most of the government more or less having been turned into a fiefdom, when the collapse came, Sri Lankans unsurprisingly had only one entity to blame—an ironic fate for the family once hailed as their saviours.