A passage to home 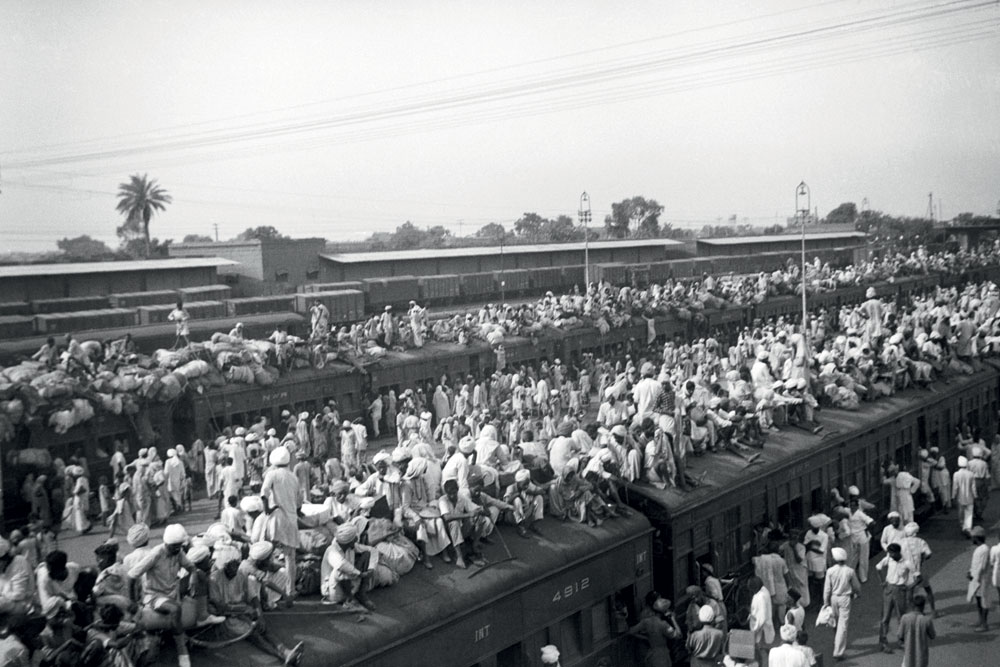 
December is the time for holiday movies, a genre singlehandedly catapulted into the blockbuster category by online streaming platforms. Central to the plots of almost all of these clichéd but guilty pleasures are small towns or villages where everyone has a song on their lips and a spring in their step. There is the baker and the friendly neighbourhood coffee shop and people themselves, who have probably never had a bad day in their life. It is the kind of place which the protagonist, always a city dweller armed with condescension, will find themselves in, much against their will, over the holiday season, only to be eventually won over by the innate goodness of the people who have lived there their entire lives. No one ever migrates from a holiday movie town/village because why would they? It is after all utopian. It is also unintentionally ironic because the man of the season whom these movies celebrate did not really live in a utopian setting, far from it. He was born while his parents were on the run to avoid persecution. The plight of a Syrian family trying to make their way to Europe across choppy waters today would have more resonance with the tale of Christ than all the holiday movies put together.

To be human is to move; mankind is defined by migration. 80,000 years ago the first Homo sapiens started moving out of Africa, making their way to Asia, Europe and eventually Australia. Since then, the history of the world has been dictated by our peripatetic nature, be it the search for new worlds to conquer or trade with. Migration is how ideas travelled, as did diseases like syphilis and chicken pox. It is migration that has made the butter chicken as ubiquitous as hummus, no matter which corner of the world you are in. It is how nations have evolved as was the case for America with the great Atlantic migration. Migration is also how some of the biggest cities of the world—Mumbai, Dubai, New York—have come to be. It is how the bedrock of modern societies was laid down though not always with the consent of those involved. The trans-Atlantic slave trade, for instance, is widely considered to be one of the largest forced migrations in human history.


Migration is how India’s story has been defined much before there was the concept of a nation-state and it continues to be a key factor. Be it Mehrgarh in Balochistan, Pakistan, believed to be the subcontinent’s oldest agricultural settlement, or the latest UN World Migration Report that once again identifies India as the largest country of origin of international migrants. We are followed by Mexico but their number of 11.8 million people, living abroad, is way behind our 17.5 million. India’s epics, the Mahabharata and the Ramayana, ‘had exile and return as the central themes, conveying the circularity of migration’, as Chinmay Tumbe writes in India Moving: A History of Migration (2018). Migration is why Indian physicians were found in Baghdad; Indian traders in Afghanistan; and Sikhs, who as part of the British Indian Army made their way to Canada, eventually became a politically influential community there.

Survival has always been at the heart of the human impulse to move. The incentives of a better life are very much a 20th-century construct aided by class considerations. If the earliest Homo sapiens were forced out of Africa because of changing climate conditions that transformed the continent from a wet land to a dry land, floods and famines in the 18th and 19th centuries played a key role in changing the demographics and social constructs of several regions in India because of internal migration.

“From midnight tonight… the entire country, please listen carefully, the entire country shall go under complete lockdown.” Many of us were huddled in front of our television and computer screens on March 24th listening to Prime Minister Narendra Modi announce what was eventually going to be one of the strictest lockdowns in the world. Uncertainty was one of the principal emotions that was soon replaced by befuddlement and helplessness: the migrants were walking home. According to the 2011 Census, India has 45.36 crore internal migrants. A big chunk of the population in the big cities is made up of daily wagers, a mix of both interstate as well as intrastate migrants. Migration is directly linked with an improvement in the standard of living. Most big-city migrants retain strong ties with their homes, returning annually for religious and family gatherings. Home is where we feel safe, cocooned in childhood smells and sounds. Across the country, as the middle class slammed its doors, shuttered its windows and hunkered down with their loved ones, why were we so taken aback by when migrant labourers desired the same? As more than a crore migrants, according to the Ministry of Labour and Employment, started walking back, it brought us face to face with ethical questions about privilege, equality and basic humanity.

This wasn’t the first time though. In 1942, as the Japanese made their way into Burma, the British beat a hasty retreat. The Indian community in Burma by this time was over 10-lakh strong and influential. As nationalism took hold among the Burmese with the advance of the Japanese, more and more Indians found themselves trying to make their way back to British India. But a lax administration coupled with racist attitudes of the Raj meant that Indians were not sold tickets on outbound ships and then the ports were shut all together.

‘[S]ubsequent closure of different sea routes prompted most evacuees to trek almost 1000 kilometers north towards the Indian border,’ Tumbe writes in India Moving. We still don’t have a clear estimate of how many people died in their attempt to get back home. The migration from Burma is in itself a watershed event in modern history. But then there was another one that changed the subcontinent forever: Partition. The upheaval led to one of the largest migrations in modern history with more than 1.5 crore people displaced. The photographs of people atop trains, roads crowded with laden carts as families left behind everything they had ever known are seared in public memory. It directly led to the downfall of industries, be it in the Punjab region or Assam, and further set the stage for more bloodshed and migration in 1971 when Bangladesh was formed.

As nations have become more interconnected, migration, from developing nations to developed countries, has gone up rapidly. Migrants are pivotal to the economies of their adopted homelands as well as the ones they leave behind. There was indeed a time when countries such as Germany welcomed ‘guest workers’ from Turkey to come and help with their building projects on the condition that they return. Those who did not return transformed cities such as Berlin. But since 2015 a new sort of conversation has evolved around migrants focusing on those fleeing oppressive conditions back home. This was the year when 600 people died in the Mediterranean in one night as the boat they were travelling in capsized. The boat was on its way to Italy from Libya. This was also the year that Austrian authorities discovered 71 bodies of migrants in an abandoned refrigerated truck near the country’s border with Hungary. We may not remember these and many other incidents but few would forget the 2015 photograph of three-year-old Alan Kurdi lying face down on the beach near Bodrum, Turkey. Kurdi’s family was trying to get to Kos in Greece, from where they intended to make their way to Canada. It was the year when German Chancellor Angela Merkel uttered the three words that might define her legacy—“Wir schaffen Das” (We will cope)—when asked about Germany’s plan to take in refugees. The country went on to accommodate more than a million people.

The pandemic was not the first time. In 1942, as the British beat a retreat, Indians in Burma had to make their way back to British India. Partition in 1947 led to one of the largest migrations in modern history

Today, ‘migrant’ and ‘refugee’ are often used interchangeably even though that is not always the case. The former typically denotes those who travel voluntarily whereas the latter are often fleeing for their life. The biggest driver of migration in the world today is the Syrian crisis: an estimated 5.6 million have fled the country, often making their way to Turkey and from there to Europe. Iraq, Afghanistan, Eritrea and Sudan are some of the other countries from which migrants are fleeing violence, oppressive regimes and death. Human smugglers, harsh weather conditions, dangerous waters and patrolling squads—the path to a safer country is fraught with grave risks and the journey is the easier part. As the number of migrants making their way to Europe has increased, so has the backlash from citizens. Rightwing political groups across the continent have been increasingly vocal about migrants. There are language constraints and unemployment remains high even as ideological clashes, exemplified by the beheading of a schoolteacher by a refugee in France in October, increase. Donald Trump spent his presidency promising to build a wall. Hungary’s Prime Minister Viktor Orbán is a vocal proponent of the ‘Europe for Europeans’ idea, a vision which, if practised even a century ago, would not have led to the globalised world as we know it to be today.

The question whether rich nations need to step up to help citizens of countries destabilised, often, by their foreign policies remains unanswered. The pandemic has only compounded the problem as governments seek to protect their citizens by shutting borders.

The biggest driver of migration in the world today is the Syrian crisis: 5.6 million have fled the country. As the number of migrants making their way to Europe has increased, so has the backlash

Apart from economic uncertainties, rising average global temperatures are going to force more and more people to move to safer places. Going at least as far back as the 16th century, the concept of the nation-state crystallised in the 18th-19th centuries. Today, globalisation and international business networks ensure near uniformity of life experiences for those of us privileged enough to have access to such lives. But even then we carry a small part of where we come from, a bit of which we leave wherever we go. To move is to stay human, whatever our motivations. To be human is to be a migrant.