How Writer Krishan Chander Inspired the ‘Father of Kyrgyz Art’

Soviet artist Semyon Chuikov visited India twice in the 1950s and fell in love with the people of the country. He tried to depict what he called the “poetic, beautiful and noble soul” of the Indian people in his paintings 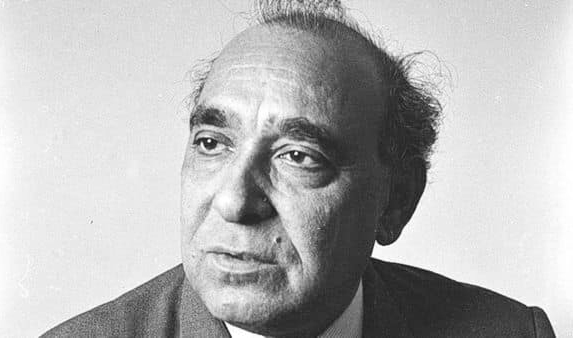 
Art lovers are spoiled for choice in Moscow, a city with museums that permanently exhibit the work of Claude Monet, Pablo Picasso, Vincent Van Gogh, Paul Gauguin as well as great Russian artists such as Isaac Levitan, Ilya Repin, Ivan Shishkin and Mikhail Vrubel. Those who are into avant-garde, socialistic realism, underground and other newer styles head to the New Tretyakov Gallery, which is located by the Moskva River and the main entrance of the Gorky Park.

Among the popular exhibits at the New Tretyakov that is most famous for its Wassily Kandinsky and Marc Chagall paintings are two paintings that depict a newly independent India- ‘On the Waterfront in Bombay in the Evening’ and ‘On the Road’ by Semyon Chuikov.  The former depicts the seafront in the Apollo Bunder area near the Taj Mahal Hotel and the Gateway of India, which by the look of things was as popular with domestic tourists in 1952 as it is today. Sailboats and hilly islands on the Arabian Sea are visible in this painting, but the main focus is on the people on the promenade. Among a sea of what looks like working class Indian men in different kinds of turbans and women in saris, there’s a Sikh gentleman in a suit with his wife, a scene reminiscent of the odd rich tourist walking to the promenade from the Taj.


Semyon Afanasievich Chuikov, who was born to a Russian military clerk in Frunze (now Bishkek) in Kyrgyzstan in 1902, would leave behind a legacy that is widely celebrated to this day across the former Soviet Union. Born in what is now officially known as the Kyrgyz Republic and what was then a part of the Russian Empire, Chuikov grew up with a fascination for China, a country “he was ready to walk to” if given a chance. After studying fine arts, he became a teacher at the Proletarian Fine Arts Institute in Leningrad before moving back to the Kyrgyz Soviet Socialist Republic (SSR).

In the 1930s he helped found the Union of Artists of the Kyrgyz SSR. The first art gallery in the country was Chuikov’s brainchild. The gallery in Bishkek has expanded and now houses the Kyrgyz Museum of Fine Arts. The artist also opened the country’s first art school in 1939. While living in Bishkek, he often travelled to the countryside to paint landscapes with a local flavour.’

He won favour with the Soviet government for his paintings that blended local Central Asian lore with a Socialist Realist style. By the late 1940s, he was already a celebrity in Moscow and his painting titled ‘The Kyrgyz Kholkhoz (collective farm) suite’ won the Stalin prize.

His most famous work from the Central Asian country is ‘Daughter of Soviet Kirgizia,’ which depicts a ‘liberated’ Kyrgyz girl standing on a field with a textbook. A postage stamp was made of the painting and the Soviet authorities made posters of this painting to show how socialism has brought progress to supposedly erstwhile backward regions. These contributions and his love for Kyrgyzstan earned him the unofficial title of ‘Father of Kyrgyz Art.’

In 1952, three years before Nikita Khrushchev and Mikhail Bulganin set out an epic and long visit to India, the Soviet authorities under Joseph Stalin arranged a cultural tour of artists to the country. Given his popularity in Moscow, Chuikov was invited to join the delegation, but he was initially reluctant. He viewed India as an exotic country but was keener on visiting East Asia, which he felt had more in common with Kyrgyzstan. His main interest was landscapes at that time and he felt little inclination towards ethnographic sketches and palaces and forts.

Chuikov described his surprise and initial reluctance to visit India in his 1956 book Images of India. He felt that any artist who visited the country for a short while would not be able to do it justice and would only be able to depict superficial ethnographic images.

“Having looked at ethnographic paintings depicting the life of the countries of the East, I neither felt inclined towards them, nor did I like them, since I equated them with portraying the nut shell, but not the nut,” Chuikov wrote. “After two months of pondering, I came to the firm belief that I would not do anything as an artist in India, and if I did decide to not refuse the trip it was because being a part of the delegation was significant in my eyes and I felt obligated. I wanted to do everything to justify this trust in me.”

Chuikov was also worried about the Indian heat but was promised that the visit would take place in the winter months when “temperatures would never rise over 25 degrees Celsius.” As it turned out, the visit was finally scheduled in March, April and May! Not expecting to do much when it came to creative work, the artist consoled himself by thinking of how he would see so many new places and gain new experiences on the long trip.

“For this very reason, I decided not to take anything from my work apparatus except a small travel box that contained finger paints, or the ‘finger tab’ as we call it,” Chuikov wrote, adding that he didn’t take his artist’s chair or umbrella and all he had with him were the bare necessities.

At that time there were no direct flights from Moscow to India, so the delegation travelled first to Budapest and then Vienna and Rome, where they spent time visiting museums and monuments, before flying to Bombay. In his book, Chuikov described his excitement about flying over the Arabian Sea and the mental images he had of how India would look and feel. He was worried about the heat. After landing in Bombay, he felt a great sense of awe and shock. “In the first kilometres, India seemed like a dazzling light to us, “ he wrote. “A white hot sky and the vision of a desert land.” It’s hard to imagine the stretch from the Santa Cruz airport to the southern part of the city being anything like that, but chances are that the March heat was stifling for a man used to the cold of Bishkek.

Over the next three months the delegation would travel to Delhi, where they would hold an exhibition, Jaipur, Varanasi, Calcutta and even to the Himalayas before getting back to Bombay.

While Chuikov did not really expect to get much work done and shied away from superficial ethnographic images of India, a Russian translation of Hindi and Urdu writer Krishan Chander’s stories that he read set the tone for the work the artist would do in India.

Chuikov was moved by a story titled Shahtut ka Darakhat (Mulberry Tree), which had the title The Wedding in Russian.  The artist quotes Chander’s story in his book:

“In the talented Indian writer Krishan Chander’s story The Wedding, there’s a scene from the wedding night of poor, young peasant Nawaz:

‘Early morning, when Nawaz’s mother went out into the yard, under a canvas sheet, she saw her son and his bride, who like children slept in each other’s arms. Churi’s head lay on Nawaz’s shoulders and his tears dried on his neck. Under them was a piece of old leather, a half moon hovered over their heads, on one side of them lay cobbler’s tools, and on the other side slept some sheep and lamb. The whole picture breathed innocence and saintliness. And if there is a God then he was definitely present there, and if there is truth and virtue in the world, they too were there today. Tears of tenderness welled up on the mother. Now she strove with her entire soul to embrace these two innocent children, get them on their knees and cuddle them. She was engulfed with a great and saintly motherly love. She looked around the yard with a happy glance as if addressing her hopes, arose:

-Look, attentively look. Before you are two beautiful flowers of the earth.’”

It was after reading this story that Chuikov drew his inspiration to paint some iconic images of India. After citing the passage, he wrote, “Here is India, neither exotic nor ethnographic, but the people’s India…I wanted my paintings to depict this beautiful, poetic and noble soul of the Indian people, so that my images of India were as true, clean and noble as in this brilliant fragment of Krishan Chander.”

Chuikov fell in love with India during his stay and would visit the country again five years later. His paintings of India became famous across the Soviet Union as they were among the earliest visuals of the people of the subcontinent that were available in the country. His book Images of India was popular in the 1960s and 70s, but is now out of print.

Semyon Chuikov passed away at the age of 78 in Moscow in 1980.  He received several honours in the Soviet Union, including the People’s Artist of the USSR award. He is also remembered as a national icon in Kyrgyzstan.