Parasitism is the commonest way of life on earth 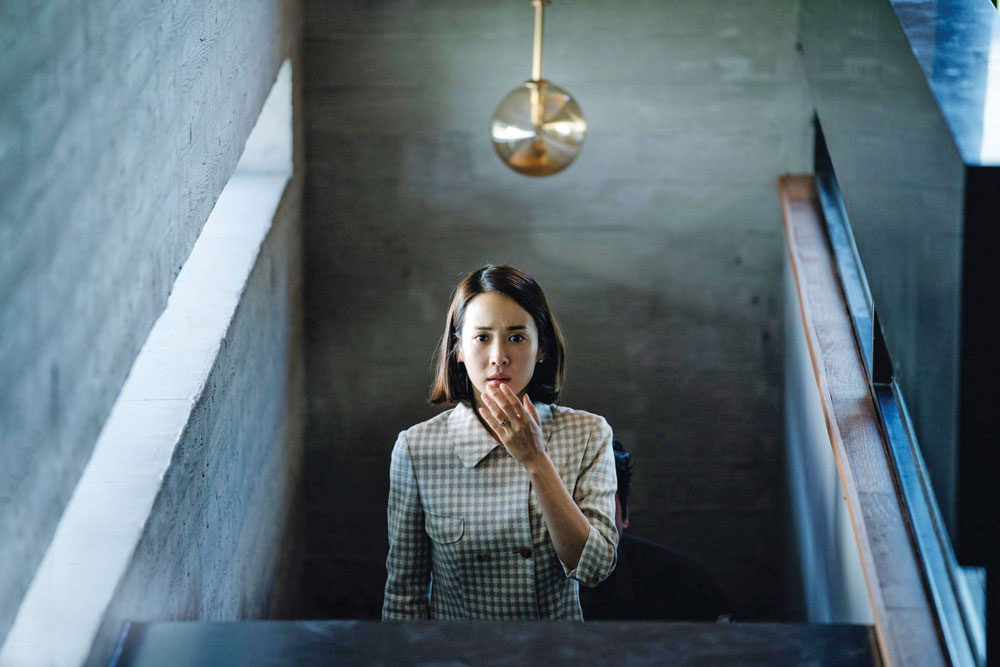 A scene from Parasite


AN ORGANISM THAT was once residing in a Mr Theo Blossom can now be found at the Darwin Centre of the Natural History Museum in London, which houses everything from the smallest insects to the largest mammals. Since 2012, it has dwelled in a specimen jar, which reads, ‘Ex Homo sapiens (Theo Blossom)’. As a photographer and urban nature professional at the Natural History Museum, Blossom brings to life the environment that surrounds us within the city. A few years ago he found a nine-inch-long creature Ascaris lumbricoides, a roundworm species lurking inside his body. While some infected people will show symptoms like unusual coughing and abdominal pain, Blossom suffered none of these travails. Instead he christened the roundworm, calling “her” Judas. While roundworms tend to be looked down upon, Blossom saw Judas as an “ecosystem service”—where ‘humans gain from resources and processes found in the ecosystem’. Thanks to Judas, Blossom’s immune system chugged along and successfully fought off foreign bodies and harmful bacteria.

Blossom had the good sense to see the parasite within him not as a lazy lout feeding off his large intestines, but rather as an intrinsic part of his gut. Recently while speaking in the Rajya Sabha, Prime Minister Narendra Modi said, “Saare andolanjivi parjivi hai [Those who feed off protests are parasites].” He was referring to the numerous protests that have rocked the country, and he meant to use ‘parasite’ derisively. The choice of word had the desired effect: those on his side in Parliament tittered in approval; opposition members and those in the streets got hot and bothered as they considered it a slur not just against their work but also their character. The reaction to the statement convinced me that the word for February had to be ‘parasite’.

If only the enraged had Blossom’s insight, they would have embraced parasite as a merit badge. A parasite is not the other, instead it is all of us. The question isn’t, ‘Who is a parasite?’, rather it is, ‘Who is not a parasite?’ While Blossom slotted Judas into the ecosystem, we are all part of a socio-system, each of us feeding off the other in an endless loop of survival and sustenance.

In a scientific journal article titled ‘The Parasitic Way of Life’, I come across this statement: ‘Parasitism is perhaps the commonest way of life on Earth.’ And suddenly it all makes so much sense. We each feed on another. We need to see parasitism not merely as a physiological process, but also as a social system. The privileged feed off the services of the less privileged, in exchange for resources.

A parasitic way of life cannot happen in isolation, it requires a social organisation. Parasites can efficiently spread among social organisms compared with solitary ones (think of the lice outbreak in school!). In a paper titled ‘Parasites and the Evolution of Host Social Behavior’, the scientists note:

‘Efficient spread of parasites and diseases among highly social individuals may cause rapid evolutionary responses by hosts to parasites, and this in turn should select for similarly rapid counteradaptations among parasites.’

To be a parasite is to continuously respond and evolve as the host environment creates new ways of resistance. Today, one can hardly say or Google the word ‘parasite’ without falling into filmmaker Bong Joon-ho’s world. And truth be told, there is no better ode to a parasite than the South Korean director’s Oscar-winning eponymous film. Parasite is a masterpiece because it unpicks the simplistic binaries between ‘host’ and ‘invader’. Bong brings to screen what scientists have revealed in their research; we are all parasites, we all serve as ‘host’ and ‘invader’, and in the process we must evolve, or we shall perish.

The opening scene in Parasite takes viewers into the half above ground, half underground house of a poor family. From their basement apartment they can see the street, from the drunk peeing by the side to the approach of the pizza van. In the first scene the family is struggling to get WiFi as the system they usually access has suddenly become password-protected. The only spot in the house where they get internet signal is when they snuggle up to the commode. In literally the first three minutes of the film, Bong establishes an unequal world. It is a world where some people have easy access to the World Wide Web and most don’t; it is a world where some people have the benefits of privacy, while most don’t.

When the neighbourhood is being fumigated, the family at first rush to shut the windows, but the father tells them to leave it open, ‘We’ll get free extermination… kill the stink bugs.’ A cloud of fumes blows into their house rendering them invisible as they cough and sputter. Even as the miasma envelopes them, the father does not stop folding the pizza boxes. The scene hints at a cleansing and purification. An extermination is required to kill the bugs. The fumes stink, but the bugs survive. This is a family of those who can adapt, they will not be cowed down by fumes, instead they will emerge the stronger of it.

The first half of the film sets up Driver Kim and his family as ‘invaders’. They infiltrate the opulent Park household. Bong shows the Kim family, with father Ki-taek (Song Kang-ho), mother Chung-sook (Chang Hyae-jin), son Ki-woo (Choi Woo-shik) and sister Ki-jung (Park So-dam) as true innovators. They will succeed in conjuring up and carrying out schemes that will obliterate their competition, to ensure that they can take hold of the host family. But Bong’s genius lies in the fact that while showing us the Kim family’s wiliness and ruthlessness, he also reveals his own distrust of wealth and authority. The rich are not necessarily morally or intellectually superior to the poor. They are, perhaps, simply more lucky. Parasite might be classified as a comedy, a thriller, but at its core, it is a moral story about the gap between the rich and poor.

In an interview to The Atlantic, Bong mentions how the idea for Parasite first germinated. “I was fascinated with this idea of infiltration. When I was in college, I tutored for a rich family, and I got this feeling that I was infiltrating the private lives of complete strangers. Every week I would go into their house, and I thought how fun it would be if I could get all my friends to infiltrate the house one by one.”

Aravind Adiga’s The White Tiger shares many similarities with Parasite. In The White Tiger as well we have a poor man turned driver turned entrepreneur. While both drivers might have blood on their hands by the end of the stories, their creators’ sympathies clearly lie with the murderer rather than the murdered. The White Tiger is a rags-to-riches story, where only bloodshed permits the transition from being inside the chicken coop to outside of it. Parasite hints at the possibility that the son might be prosperous one day, and that he will find a way to let his father out from the basement, but for now the son himself is stuck in a half-basement house. In the interview to The Atlantic, Bong said, “As a filmmaker, I always try to shoot with sympathy. We don’t have any villains in Parasite, but in the end, with all these misunderstandings, they end up hurting each other.”

This misunderstanding isn’t merely between two isolated individuals, it is a misunderstanding between entire social strata. It’s not the inability, but rather the impossibility of the rich understanding the poor, and the poor comprehending the life of the rich. When reconciliation is out of reach, only the knife is at hand.

But the destruction of the ‘host’ doesn’t serve the purpose of the ‘invader’. The parasite must keep its host alive in order to survive itself. In immunology it is often more beneficial for the host to tolerate a moderate number of parasites that do little harm than to strive after a parasite-free state, which would demand a disproportional immunological effort.

The Kim family needs the Park family, just as the Parks need the Kims. In the absence of equilibrium, there will be destruction. To be a parasite is no slur. Life often mimics Parasite, which its creator best described as “a comedy without clowns, a tragedy without villains”. n

The Testament of a Poet