×
Columns | History Of the Present 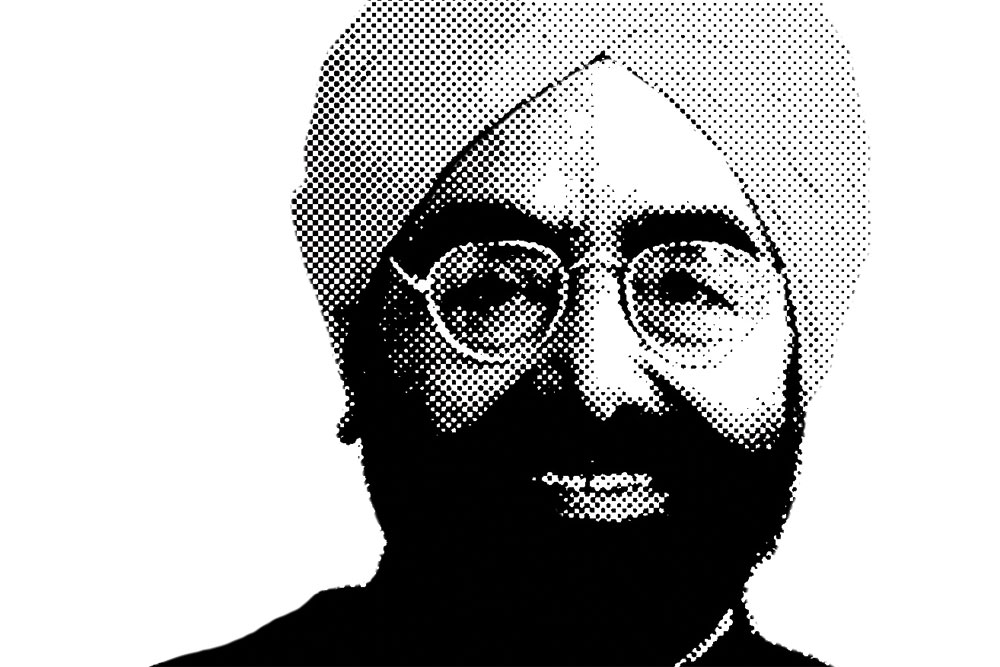 
EVERY GOVERNMENT RESHUFFLE reminds me of a story I heard from the late and much-missed Prime Minister PV Narasimha Rao. In 1982, Rao and Giani Zail Singh were frontrunner candidates to become president of India in the columns of the commentariat. Rao’s credentials as a scholar-politician were perfect, but the political climate seemed adverse to his chances. With the situation in Punjab deteriorating, Giani Zail Singh seemed set, yet again, to become a beneficiary of political compulsions. No decision had been made but speculation was intense when the Giani, about to leave on a longish foreign tour, decided to check with Rao whether it would be wise to leave town. Rao replied with the cool and incisive clarity that was his trademark. It did not matter, he told Zail Singh, whether you were in Delhi or Antarctica. If Indira Gandhi, then prime minister, wanted to make the Giani president she would summon him back from the edge of nowhere. If she wanted another person, he could be sitting in her drawing room all day and it would make absolutely no difference. This formula for peace-of-mind still works.

Fear exhausted its dread this year in Goa with the cyclonic storm dubbed Tauktae in mid-May. When a mango tree sways, the senses freeze. The mighty wind battered into submission anything that dared to resist. All things pass, but the exceptional experience passes into memory. The cyclone is still filling gaps in our conversation as nature shifts into its most benign and beautiful incarnation.

The monsoon has been a background melody to normal life. The rains can be driven to whiplash fury, but have been calm and bountiful this season. When the earth is still, low clouds scurry through the sky like children running off to play. When the wind rises, the tall grass curls away, nearly doubling up, and coconut trees nod side-to-side, elegantly.

As I write from the sheltered side of a glass wall, a lonely egret flutters on the visibly expanding banks of the tributary which has escaped into our domain from a proper river, and makes a U-turn in front of our home. The rain is suddenly sharp and turning relentless. It arrived very politely, knocking against the sky with very mild thunder before entering our horizon. The grey grew deeper; gusts brought news of another impending outpour.

Each shower paints the earth a more cheerful green. There is a glow around the canopy of brown cloud when the rain pauses; birds wheel across the view, and an inquisitive butterfly or two flits past with restless charm in search of some flower. Each evening, frogs and cicadas set up a chorus with the abandon of teenagers on their first night out. There will come, as it does every year at the apex of weather, a time when water floods the glen into a shallow lake that touches our balcony. There is both exhilaration and sadness in that moment, for it is the turning point: after the wax must come the wane. Goa counts its calendar by the monsoon, and another year will have slipped its mortal coil. Goa is a gentle land with a soft heart because nature keeps a friendly hold on human nature. 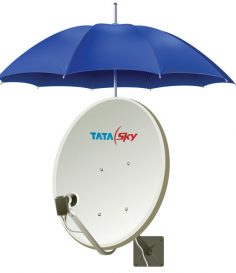 THANK YOU, TataSky, and presumably all similar service providers on Indian television, for giving us underprivileged subscribers the most unique technology in the world. You must be the only companies which switch off the lights at the first mention of rain, even impending rain. An irritating voice, possibly from a drone with a stomach virus, tells us to wait and be damned. Is India the only country where it rains? If TataSky did business in Britain with this rotten rain-crippled system, it would have to keep its service off for nine months a year. Which brilliant corporate genius thought of this wheeze? These companies use the latest science when it comes to charging viewers for every minute, but they do not even bother to deduct the bill for the time wasted on the rain-gaps. They get away because we do not complain. All our democratic energy is reserved for criticism of government. No harm in that, of course; but it is time that we expanded our fundamental rights to include a wallop or two against corporations. 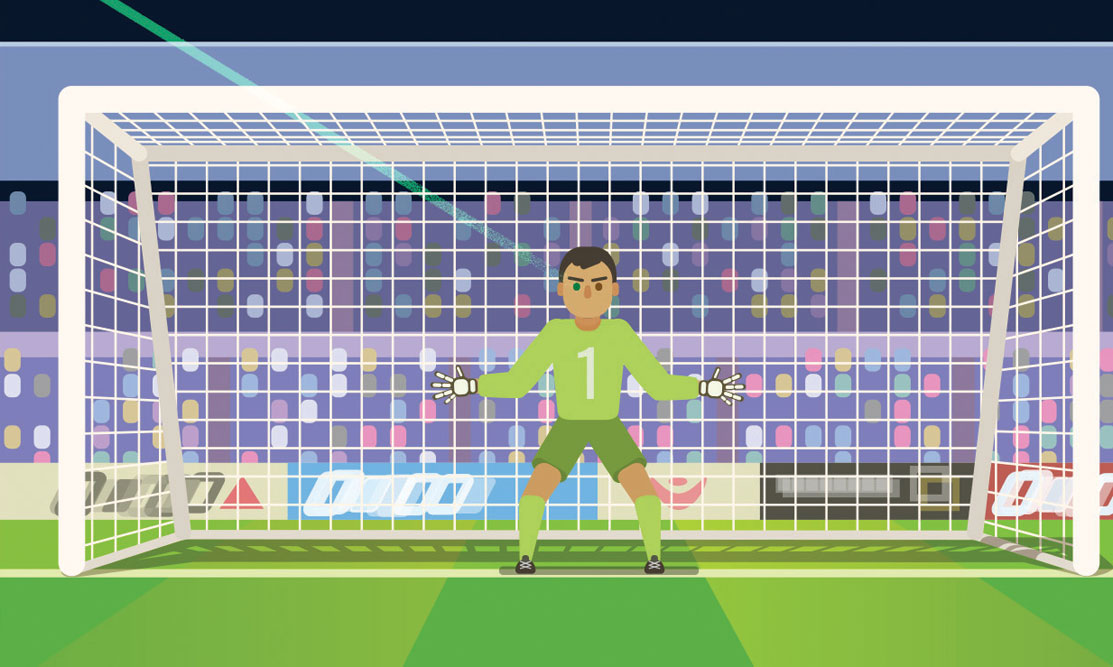 JINGO IS AN English word from Spanish, a two-syllable derivation of jingoes. It used to be a noun. There were feverish meetings of “jingoes” in places like Guildhall, London, demanding war with someone, anyone, in Victorian and Edwardian England. The term has travelled far and wide, from religion to magic, on its wayward philological journey. Let it be recorded, as a triumph of civilisation, that jingoism is now the staple of pubs rather than battlefields, and is currently ensconced in European football with British characteristics.

The passions embedded in the epic struggle for a continental cup make some sense only if you appreciate that every country involved in the European Championship killed and maimed over 150 million people in the first half of the 20th century and nearly destroyed the world in the second. Only four teams played in the final tournament for the first cup in 1960, 15 years after World War II ended; and it took two decades for the number to double. Even so, the hysteria in England over entering the final does seem a bit over the top. Half-a-century ago, the Indian government would be under pressure to declare a public holiday when we won a Test match, because we had not won anything for 55 years; but that is the kind of mood prevalent in London now. One wonders what the mood of England would have been if its team had ceded a decisive goal because some Dane spectator had flashed a laser beam on the goalkeeper. That happened in reverse during the semi-final; an English supporter focused a laser beam on the Danish goalkeeper. There was a tch-tch story buried inside the newspapers of course, but no one was bothered.

I did not know who would win when England played Italy. What I did know for certain was that half of England would eat Italian pizza at half-time. 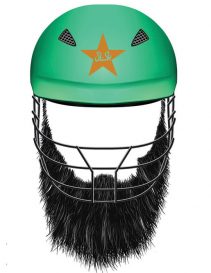 BEARDS ARE no longer a fad; they are a fashion rage. Trimmers will soon have a bigger market than shavers, unless that transformation has taken place already. But why can’t we see a single shaven face in the Pakistan cricket team? That was the abiding impression while taking an occasional peek at the Second Eleven England versus Pakistan cricket match, when watching the Wimbledon women’s finals. There was one Pakistani with a light growth, but everyone else had a formula shrub. Fashion never acquires such complete domination, so could the answer lie in religiosity for some, and playing safe for others?

Imran Khan led some of the greatest Pakistani players in the team which won the World Cup of 1992, defeating England with players like Javed Miandad, Wasim Akram, Inzamam-ul-Huq, Mushtaq Ahmed, Salim Malik and Aamer Sohail. How many of them had beards? Imran, Javed and Wasim certainly did not, although one cannot be sure of Javed’s current hirsute status. Mushtaq did not, but does now have fulsome growth. Inzamam did, and it suited his jowls. In any case, three decades ago it was a normal mix. Maybe 2021 represents the new normal.

IN 1839, the grandly named Army of the Indus set off for Kabul from British India to conquer Afghanistan, pick a puppet for its throne, civilise its people and upend Tsarist Russia in the Great Game for Central Asia. This marching city of 58,000, mainly men, and 30,000 camels, was convinced that victory was a pushover. They were equipped with the latest guns and cannon. Many of the officers even felt it might be a picnic in a salubrious clime. They had brought along their wives. Thirty camels carried wine, port and cigars.

Three years later, a bedraggled contingent of 3,800 Indian sepoys, 700 British troops and officers, and 14,000 attendants fled Kabul in the hope of reaching India. They were massacred by guerrilla tribesmen armed with jezail guns which cost no more than 10 rupees apiece. There was only one survivor, Dr William Brydon. It is conjectured that he was allowed to live so that he could tell the tale. As one Afghan chief is supposed to have asked the British in 1839: “You have brought your army into Afghanistan. How do you propose to take it out?”

Through recorded history from Alexander to the American-Anglo invasion of 2001, armies have discovered that Afghans lose battles but do not admit defeat. One cannot subdue land; but how does anyone subjugate the mountains? The Americans and the British chose the worst strategy of any army. They thought they could win from a height of 20,000 feet.

The retreat of America and its allies is distressing and depressing, because of the ideology of those who have prevailed in most but not all of Afghanistan, the Taliban. Much that has been achieved in the last two decades, particularly in gender progress, is again vulnerable. It is foolish to suppose that the Taliban will not offer sanctuary once again to the merchants of fundamentalism, and their foot soldiers, in the Afghan geography under their control. They will, because they are ideologically committed to the cause.

I may be suffering from a severe case of illogical optimism, but it is my conviction that those who have sacrificed so much since 2001 to take Afghanistan towards a better future will stay and fight. Their lives and their vision are at stake. If the war was not over when the Americans reached Kabul in 2001, it will not be over either when the Americans leave Kabul in 2021.