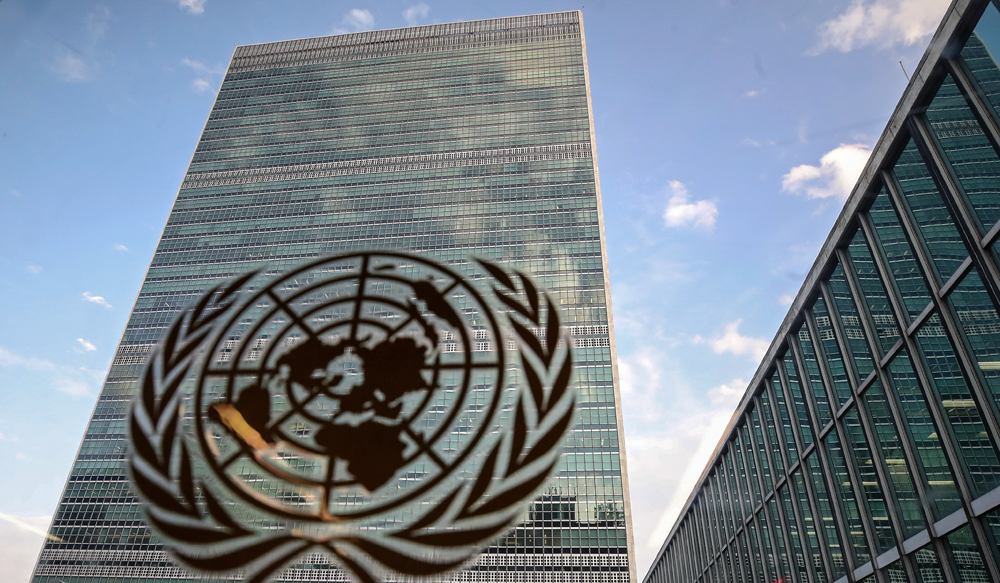 This is the time when all roads lead to New York for the annual global festival of words. Manhattan turns into the world capital where there is a permanent quorum of world leaders for taking majority decisions on peace and war. A visit to New York at this time is like visiting 193 countries at the same time because their capitals are empty and the decision makers are in a huddle, making deals, both official and personal, behind the camouflage of the United Nations (UN). Normally, the halls are empty and the streets are jam-packed. Gourmet food and the best of wines are uppermost in the minds of delegates, not the charter of the UN and the resolutions awaiting deliberations and approval, even if they do not matter to the world. It is a fantasy world rooted in traditions and protocol, but totally free in spirit.Constraints of time and money melt away under the arc lights and golden ceilings of banquet halls.

Today the UN is desolate, delegates are in their homes or hotel rooms and mostdiscussions are online. Many governments may not have sent delegations to New York at all. The world has become smaller through technology.The newly renovated and equipped halls of the UN building remain unused. The exceptional communication skills and personal linkages of delegates go waste. The new norms are not quite established, but the systems, which have evolved over the last 75 years, have suddenly become outmoded. The New Yorkers, who tolerated the UN as a cash cow, find its diplomatic population with its privileges and immunities increasingly troublesome. Their concerns have increased about the Israel-hating, Arab-loving, communist-leaning UN which brought the likes of Fidel Castro, Yasser Arafat and the tinpot dictators of Latin America as honoured guests to their city.

The present plight of the UN is attributed to the pandemic, which has turned the world upside down in every way. The attractions of diplomacy, like international travel, haute cuisine, fashionable clothing, luxury hotels all at government cost are fast disappearing as conferences move from the real world to the virtual. This makes diplomacy less attractive as a profession, as it is not just about hard negotiations from home to home, but which demands much social contacts, building of bridges and developing complementarities. The setting and atmosphere are as important as logic and arguments in the meeting of minds.

The pathetic state of the UN today on the occasion of its 75th anniversary, however, is not entirely because of Covid-19. Having worked with the UN for nearly 20 years in different capacities in different UN capitals and in Delhi since 1980, I have seen its gradual and steady erosion. The fault lay in its creation itself as the victors’ conclave with non-democratic features, like the veto and designating of enemy countries. The Cold War that erupted soon afterit caused its own complications when the allies during the war became feuding superpowers. A kind of balance for fear of mutually assured destruction prevented a Third World War, but the UN could not save the succeeding generations from the scourge of war. But its finest hour was when the UN fought a war to liberate Kuwaitwith rare unanimity among the permanent members.

The UN had its critics throughout its history, but it survived essentially because it was different things to different member states. For the major powers, it was an instrument of their foreign policy, the middle powers created their own space in international power games and the least developed countries saw it as a guarantor of their sovereignty. For India, it has been a forum to set standards of international behaviour and to share its own experience with the rest of the world. None was satisfied with its performance, but they relied on the lowest common denominator to justify their involvement. But all of them zealously guarded their sovereignty and fought to protect it. When Secretary General Boutros Boutros-Ghali suggested after the Cold War that the days of absolute sovereignty were over, members, big and small, rejected it decisively.

Those who criticise the UN for inaction forget that if the UN took action against them, they would prefer inaction. In effect, the extreme caution that the UN exercises because of combatting interests has ensured its survival for 75 years. Everyone wants reforms, but they should be consistent with their own vision. But one man’s vision is another man’s nightmare. An expansion of the Security Council is a mirage that recedes every time it appears near, and there is no proposal today which can muster the requisite support. A confrontation on this issue will be suicidal for the UN.

The UN had its successes and failures and it has proved its resilience. But it reached the rock bottom when it failed to respond to Covid-19, the biggest threat to peace and international security it ever faced. To characterise it as a health issue to be left to the WHO and to refuse even to hold a Security Council meeting to discuss it, was the unkindest cut of all. Even the iota of hope that humanity had that the UN might prevent a catastrophe evaporated in March 2020 when China prevented a meeting to consider preventive and combative action. The Security Council should have created a ‘Health Keeping Force’to reach the far-flung corners of the world where the danger still lurks. Multilateralism was already on its last legs, following its rejection by President Trump, but now it lies crippled and paralysed. The world has begun to look away from the UN for alternatives, be it G-20 or any ‘G’ with a numeral attached to it.

The celebration of the 75th anniversary of mankind’s biggest hope will be muted and the desolate streets of New York will bear testimony to its failure. Many trends of the first two decades of the 21st century have been accentuated by Covid-19. If we go by the message of Covid-19 that life beyond 65 is dispensable, the UN, at 75, has fulfilled its mission. Only a miracle can bring about its resurrection.