On the wings of delight 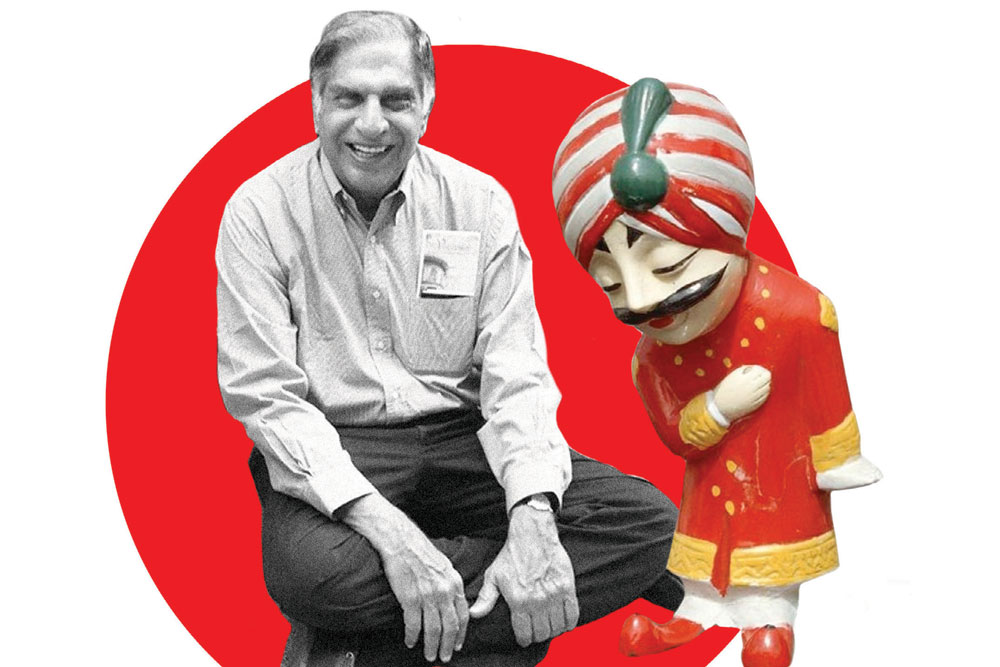 
LAST WEEK, AIR INDIA came home. To where it had all begun. It came with a silent prayer on its lips and hope in its heart to regain its pre-eminent position as one of the world’s finest airlines when it was cruelly taken away from the House of Tata to be run by bureaucrats and politicians. But this was not a day that only the House of Tata celebrated. Thousands of Air Indians were joined by a billion people to herald this homecoming. Equally, it was a decisive step taken by Prime Minister Narendra Modi who both kept his promise and delivered on his belief that the business of government is not to be in business.

But then that’s what great brands are all about. They connect with hearts and not just minds. They invoke memories most of which are pleasant and allow those they touch to revel in history and yet have a great leap of faith qua the future. For many who flew the airlines over decades, this was a celebration of promise and expectations. For those at Bombay House (the headquarters of the House of Tata), it was a vindication of their professionalism and their ethical quotient. Over the last several decades unfair competitive activity and intense lobbying had prevented the House of Tata from starting their own airline. Those who indulged in that went on to lose their airline: in a defined karmic manner as it were.

For me personally, Air India will be owned by the Tatas but will belong to every Indian: and that is the true credo of this brand. Both today and tomorrow.

When Margaret Thatcher privatised British Airways, there was a lot of consternation: and I have had the honour of serving on the British Airways Global Advisory Board so one got a vantage view as to how privatisation made British Airways truly the world’s favourite airline on the back of consumer promise. With Air India, things were remarkably different because the decline was so visible and so brazen: it was the proverbial goose that was killed at the hands of incompetent people running it for the most part.

And what added to the joy was the fact that the airline went back to the House of Tata: which to my mind is neither a corporation nor a conglomerate but instead an institution. An institution whose DNA is made up of care and compassion: two vital ingredients for any brand and more so an airline brand.


Can you imagine how brilliant (and easy) targeted marketing for Air India’s first class will be to members of the chambers, not to mention if you bundle that into a package for a stay at the Pierre, New York or 51 Buckingham Gate in London or for that matter Campton place in San Francisco?

Why will Air India be different now? Ownership normally doesn’t change a brand’s DNA. But in this case it will. Because of the understanding of customer delight that the new owners will bring to play for Air India. The Tatas have been at the forefront of holistic tourism for decades: from their hotels to restoring palaces and converting them to ultra-luxury abodes to staycations, not to mention running the flight kitchen TajSATS. One also needs to bear in mind that over the years, Indian Hotels, the owner of the Taj brand of hotels, has not only expanded its footprint across India but equally in many parts of the world.

In India, the Taj is today in almost every major city, be it a commercial city or a pilgrimage centre, not to mention that it operates various brands to target various income segments: both within the Indian and international tourism spaces. The learnings that the Taj is privy to will yield a goldmine for any airline and especially for Air India. Can you imagine how brilliant (and easy) targeted marketing for Air India’s first class will be to members of The Chambers, not to mention if you bundle that into a package for a stay at The Pierre, New York or 51 Buckingham Gate in London or for that matter Campton Place in San Francisco (by the way, Air India flies directly to each of these cities from India)?

Then, take a look at the synergies that exist between the Tata group as a whole and Air India: from software prowess (given Tata Consultancy Services’ formidable strengths) which will make the consumer experience so seamless if you were to digitally book or in terms of class of service to the repertoire of brands that come under the House of Tata. Trust being at its core.

But above all, if there is one business that is all about people, then aviation it is. From ground handling to pilots to crew, people are at the heart of the business. Happy people will account for happy experiences. They will also, given the DNA of the House of Tata, have greater empathy.
The brand Air India will perforce become a brand which will intertwine experience with empathy as most great brands do.

In many ways, Ratan Tata will be accountable to shareholders and to every Indian: for, a little bit of Air India resides in every Indian no matter whether they fly the airline or not

All of this is not going to be easy. And both Ratan Tata and N Chandrasekaran know this. They have also comprehended the enormity of the task and the onerousness of the responsibilities that have now been laid swiftly on their shoulders. And in many ways, they will be accountable to shareholders and to every Indian: for, a little bit of Air India resides in every Indian no matter whether they fly the airline or not.

As the perils of global aviation keep climbing owing to uncertainties that sometimes are beyond anyone’s imagination, you will need a brand that is carefully nurtured; brilliantly steered and always held close to one’s heart. No better custodians could have been found for it in India than the folks at Bombay House.

In many ways, this bid and subsequent return of Air India is also a salute to the patriarch of the House of Tata, Ratan Tata. His life has also come full circle. From going global to coming back home to take another brand global. Yet again.

It will be a fine day when one boards a Jaguar Land Rover vehicle, whilst checking out of the Taj; checks in to an Air India flight; savours India on a plate with service that would make Frette linen look like kindergarten; lands in New York, gets into a Jaguar Land Rover vehicle again and checks into The Pierre. If this isn’t the life of a maharaja, I wonder what is.

Of Political Brands and More