The Struggle against Forgetting

Trial By Fire | HIT: The Second Case | Mumbai Mafia: Police vs The Underworld 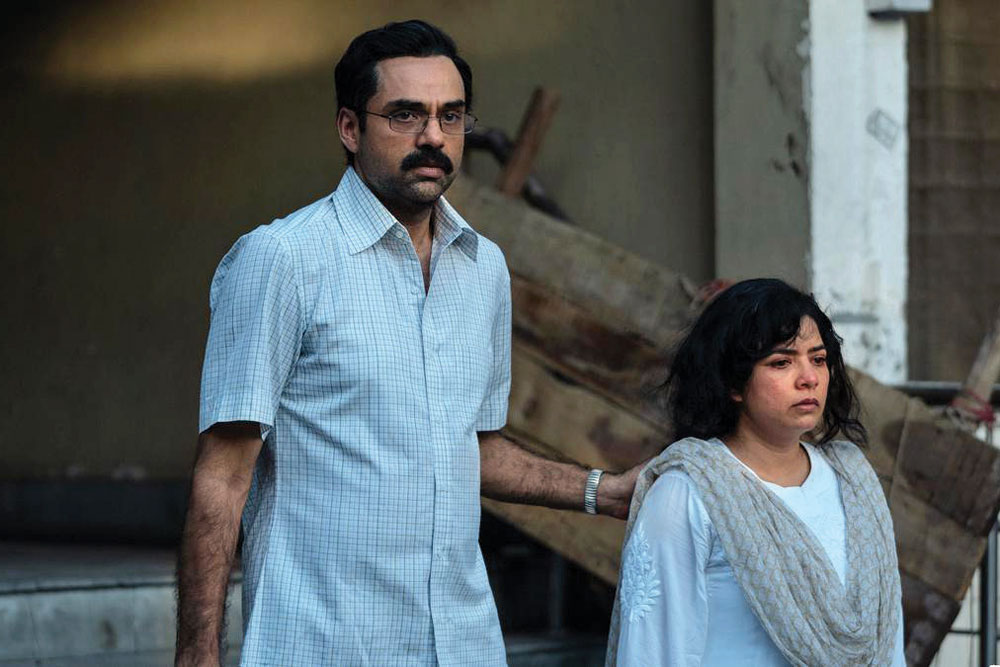 Abhay Deol and Rajshri Deshpande in Trial by Fire

“In a few years they will be gone,” says Abhay Deol, playing Shekhar Krishnamoorthy in the series Trial by Fire. He’s chuckling as his wife complains about their children Un­nati and Ujjwal. They are in their teens, and indeed, they will be off for studies and work soon enough. But in what is every parent’s worst nightmare, it hap­pens sooner than expected. A fire engulfs the cinema hall they’ve gone to and they become numbers in a list of 59 people who lose their lives that day in Delhi. The year is 1997, it is India’s 50th year as an independent nation, and everyone seems to have more important things to do than follow what came to be known as the Uphaar Cinema fire tragedy. But for the Krishnamoorthys, their lives change forever. For Neelam (played with a re­signed resilience by Rajshri Deshpande) and Shekhar, every day is a struggle against forgetting. While Neelam invests all her energy into ensuring the culprits, the Ansals, who built the hall, are brought to justice, Shekhar focuses on building the Association of the Victims of the Uphaar Tragedy. Neelam’s drive is beautifully captured by Deshpande, while Deol’s Shekhar tries hard to live a normal life. Prashant Nair has kept a non-linear narrative that introduces the survivors of the tragedy over time. The cinema hall is supposed to be a safe space, enclosed by the unspoken trust between the theatre owner and the audience that for a few hours they will forget their worries. That trust was broken that day.

Why watch it: It is not wishy washy as it chronicles the parents’ fight against powerful forces

A Steely Glint and a Gory Murder

Adivi Sesh has the kind of squint that stars are born with. The actor who made a nationwide impact with the gripping Major (2022), is the star of this crime thriller that features dismembered bodies and a possible serial killer. Along with an engaging romantic storyline, Sesh keeps the pot boiling in HIT: The Second Case by fol­lowing every lead, which eventu­ally leads to a dead-end until it doesn’t.

Why watch it: For Sesh, a star waiting to explode

With an all star cast of encounter specialists like Pradeep Sharma, mafia expert Hussain Zaidi, lesser known names like former D Company member Shyam Kishore who was incognito for over a decade, the obliga­tory foreign correspondent in Time magazine’s former India correspondent Alex Perry and an exceedingly animated jour­nalist Minty Tejpal, Mumbai Mafia makes for absorbing viewing even if you’ve been bred on Ram Gopal Varma movies. A potted history of the familiar rise of Mumbai police officers who were once lauded for killing gangsters with no questions asked, celebrated in many Bollywood films, it still manages to thrill with documentary footage of the shoot­out at Lokhandwala, with Sharma saying, “naturally, they (the mafia) are filth, we have to clean them from our society”, and two shots of one-time en­counter specialist Sachin Vaze, arrested much later for his role in the Antilia bomb scare.

Why watch it: For a refresher course in the bloody history of Mumbai’s streets