Indian classical music is what defines us 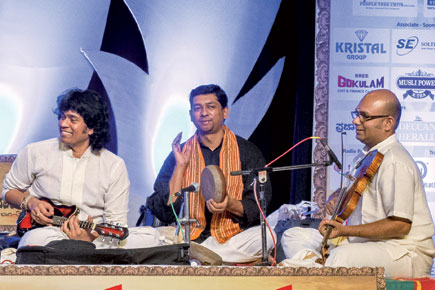 THERE WAS A TIME, not long ago, when college festivals’ highlights were the All-Night Indian Classical Music concerts. Where you would be enthralled by a Girija Devi as you saw the rise and rise of Rashid Khan or, for that matter, Mandolin Srinivas. There was an ethereal charm to the night when Pandit Bhimsen Joshi began or when Pandit Jasraj allowed his crescendo to drown you in magnetic music.

There was a time when corporates and media houses encouraged Indian classical music and sponsored it to become the tour de force that it did. When against the backdrop of the resplendent India Gate, Kishori Amonkar began singing ‘Megha Jhar Jhar’. Or when the incredibly brilliant Ustad Amjad Ali Khan did a jugalbandhi with Ustad Zakir Hussain. And I am not even talking about the famed rivalry between Pandit Ravi Shankar and Ustad Vilayat Khan. That was a rivalry born of excellence that had no equal. Then, of course, there were those who made their craft go overseas: Ustad Vilayat Khan being the first, followed by Pandit Ravi Shankar who also jammed with the Beatles. Those were the times when Indian classical music got both wings and tremendous support.

In those days, the Hindi film industry drew both sustenance and inspiration from Indian classical music. Who can ever forget ‘Jaago Mohan Pyare’ in Jagte Raho (1956), which was based on Raag Bhairav or, for that matter, the evocative ‘Mohe Bhool Gaye Saanwariya’ from Baiju Bawra (1952), again based on Raag Bhairav?

Silsila’s (1981) music became the draw it did because it had the genius of Pandit Hariprasad Chaurasia and Pandit Shivkumar Sharma where the flute and the santoor came together to weave musical magic.

Life came alive thanks to Indian classical music: how can one ever forget the iconic song (based on the raagas Basant Mukhari and Komal Bhairav) ‘O Basanti Pavan Pagal’?

And when you saw your lover left you to fend for yourself, all you needed to do was to remember ‘Chhod Gaye Balam’ from Barsaat (1949), again based on the twin raagas of Bhairavi and Sindhu. I could just go on and on.

Those were the heady days of India and of Indian music. When lyrics were written by poets and the anguish of a Sahir Ludhianvi was felt in the pain of Pyaasa’s (1957) iconic song ‘Jinhe Naaz Hai Hind Par.’ A song that later got Ludhianvi banned on All India Radio by none other than Jawaharlal Nehru.

People and organisations invested in Indian music: they invested in the Dover Lane Music Conference or, for that matter, in the concerts at the Madras Music Academy. They believed in the music that we had inherited. Artists also thought of themselves as custodians of this music. But that has long gone. We have yielded to anytime music: an ATM of the most despicable kind. No setting, no emotion, and yet, the raaga. Why would you ever listen to Raag Malhar if you didn’t soak in torrential rains? But that ship has sadly sailed. It is not just about investing in music, it is also about making Indian classical music your soft power birthmark. But then, today we are a nation obsessed with Bollywood and stardom. Literacy and purity have been cast aside to give way to convenient knowledge and petty assimilation, and that is what worries me.

This heritage is priceless and can never be frittered away. Its core and the essence of what it stands for are intertwined with India and Indianness. I have always believed that Indian classical music is what defines us: be it in a film or in a temple. Very few know that Kishori Amonkar had all-nighters in temples and when you heard Mohammed Rafi sing ‘Badi Der Bhai Nandlala’, you never considered his faith: but only the magnificence of his talent and how he brought the joys of Krishna to life. It is that we must yearn for and bring back into our lives and into our DNA. We need to accord the highest respect to these custodians of Indian classical music: who are, in effect, the heartbeat of everything that is truly Indian.

For it is only through revisiting our heritage that we may just about save, and then embellish, the idea of India and Indianness. And perhaps rediscover who we really are

through the magic of melody mired in heritage and history.