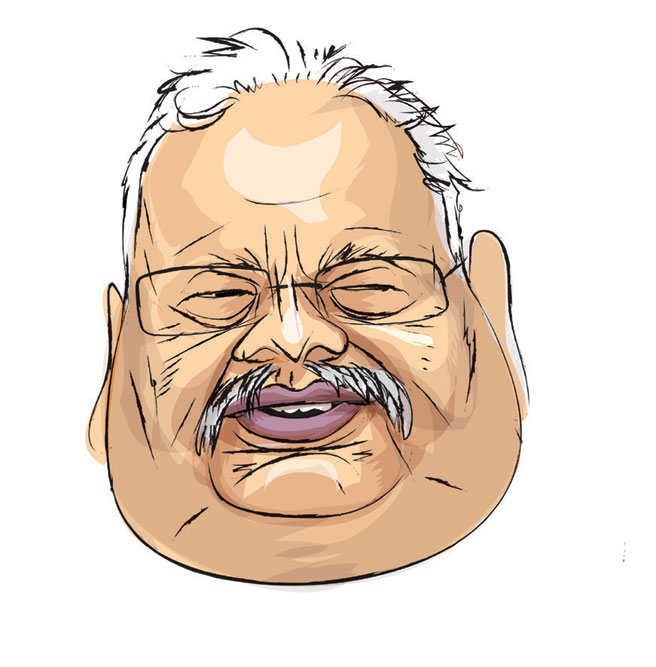 
THERE IS NO question that Rakesh Jhunjhunwala (RJ) left us too soon. Sixty-two is no age to leave. But this is who he was all his life. Predictably unpredictable. Never afraid to speak his mind; never afraid of being a contrarian and never afraid to say it as it is.

I first met Rakesh almost 20 years ago and it must have been at some social event: he came up to me and said, “I love watching you on TV because you say it as it is”: I didn’t even know who he was because I have never dabbled in the stock market or had anything to with stocks and shares. He then told me what he did and said that while people called him India’s Big Bull, he was just a simple investor: nothing more and nothing less. We met soon after and at that time, we decided to go for dinner: he suggested Trishna and even though I am allergic to seafood, I agreed because I know what would be in store for me would be an illuminating conversation: it is then that he told me what he really did. Investment is too broad a term to describe RJ. He was at the core a believer. He genuinely believed in the Indian Dream and lived it as an example. He lived and breathed nationalism and looked at investing in companies as an article of faith, and not a means to make money. In essence, he was a true wealth creator. He analysed companies as very few did and what helped was his rootedness: as a marketing man, I marvelled at his grasp of simple consumer insights which made him invest in the kind of companies he did. Many say he was India’s Warren Buffet, but to me, Warren Buffet was America’s Rakesh Jhunjhunwala.

The other thing that kept him awake at night, so to speak, was the run-in with the law that his predecessors had. He was cognisant of the fact that many had lost their hard-earned money owing to rogue traders and investors. One way he insulated himself and his legion of followers was by investing in companies in whose management he believed. He was without doubt the face of India’s primary markets. In a country where people at his level are very guarded about not upsetting the apple cart, RJ admitted publicly to being an avid supporter of the Bharatiya Janata Party (BJP): he believed that BJP would restore India’s reputation globally and they would encourage more and more Indians not just to dream but also make their dreams come true.

I remember I hosted a dinner for him at my home in Gurugram in October 2021: that morning, he had met the prime minister and he came to my home gushing with admiration and saying how relieved he was that the country was in Narendra Modi’s hands. And when I mentioned to him that Ratan Tata had said a similar thing about Modi in a TV interview to me, he seized the moment and said, “There is only one thing pending on my bucket list and that is to meet Ratan Tata.” I made a call to Tata the next morning and Tata being the kind of human being he is, said he would love to meet RJ. He said that he would go over, to which I said not at all. The first time that both arranged to meet, the meeting never took place. But finally, when they did meet, I got a call from RJ; he was ecstatic and went on to gush about the man that Tata was and how the House of Tata was blessed to have him at the helm.

This is who RJ really was: a simple man with large dreams—dreams that he went on to realise with a blend of intellect and integrity. I remember him calling me, excited as a child in 2020 when he was celebrating his 60th birthday: virtually at that. And the theme he picked was James Bond. But then, he should have adhered to a Bond title: “No Time to Die”.

I will forever carry amazing memories of this giant of a man. He was an incurable romantic. He would write poetry to his amazing wife, Rekha; he was compassionate beyond imagination and embodied all that a man could, with grace and adroitness. India has not lost an ace investor alone.

India has lost one of its most ardent believers. Rest in peace, RJ, though knowing you, the heavens will dance to ‘Kajra re, kajra re’.

A small-picture man who through belief made the canvas larger than life.