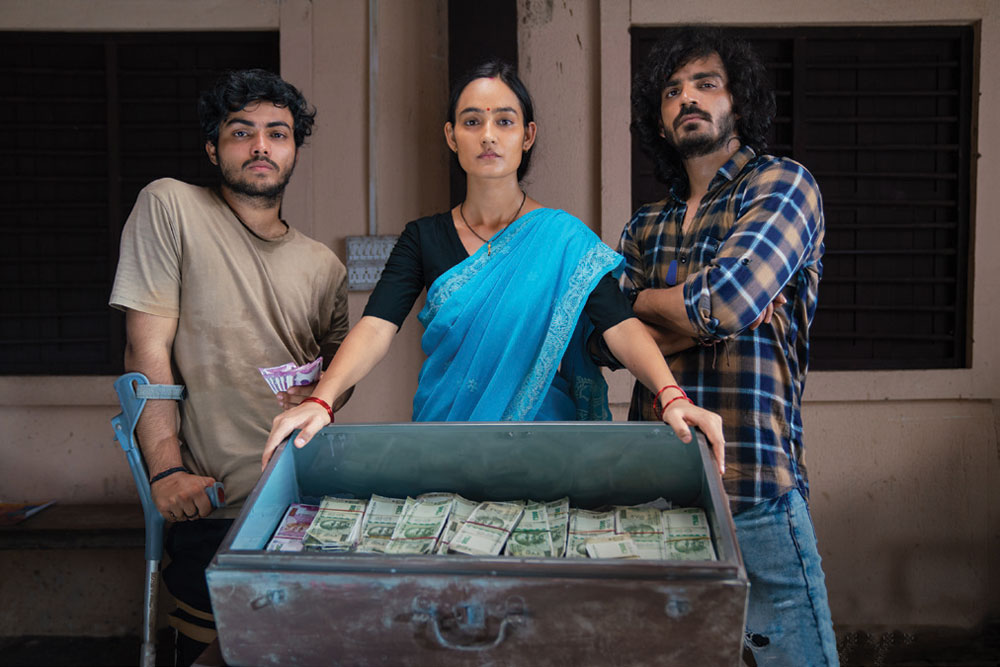 The resourceful, if twisted, young men and women of Jamtara are back at phishing, pretending to be bank officers, sex workers, and ATM card providers, as they lie and cheat their way to success. They are wiser about the ways of the world, but as vulnerable to falling foul of the local strongman and police. An extraordinary cast led by National School of Drama graduate Monika Panwar playing Gudiya, who is thrust into an electoral combat with the menacing Brajesh played by Amit Sial, makes the series believable. What happens when youthful energy doesn’t get the right channel? What do you do with laws so outmoded that they cannot deal with social change and technological disruption? The setting is pitch perfect, so are the accents—both the originals and the mimicked. Season 1 of Jamtara was a revelation, Season 2 is a triumph, that rare Netflix show about some­thing real and raw.

Why watch it: It’s witty and unvar­nished, full of youthful pizzazz and inventiveness.


One of the greatest joys of streaming series is the roles they have given to women of all ages, allowing actors such as Juhi Chawla and Ayesha Jhulka to experiment with roles they were not able to do in the ’90s when they were at their peak. So thank god for shows such as Hush Hush, which has remarkable performances from Chawla, Jhulka, Soha Ali Khan, Sha­hana Goswami, Kritika Kamra and Karishma Tanna. Beautiful people, gorgeous homes, luxuri­ous lifestyles. Four women and their secrets and lies. There’s a fallen PR queen modelled on Niira Radia whose movements repre­sent the “flow of power in India,” a former journalist, a driven fashion designer, and a trophy wife being badgered for an heir by her mother-in-law. Another sequel to The Fabulous Lives of Bollywood Wives or a remake of Big Little Lies, which starts with a dead body? Not quite. Think of it as The Dark Side of Delhi Wives, where farm­houses can bury more than bodies, gated communities keep all manner of ugliness inside, and social divides are unable to bridge the aspirations of the underclass. The direction is taut and the dialogues by Juhi Chaturvedi compelling. Hush Hush is hard to look away from.

It is rare for a streaming series to talk about science and superstition and their age-old battle, and have a wom­an in charge to resolve it. Like the brilliant The Last Hour on Amazon Prime Video in 2021, Dahan pits the conflict between the superstitions of a village, Shilaspura, against a blood­thirsty demon of ancient folklore and the modern thinking of its hero, an IAS officer and single mother (Tisca Chopra). When the village, under the influence of its pramukh, played by Saurabh Shukla, believes it has to commit mass suicide to fight the demon unleashed by a spirit that has been disturbed, it is left to Chopra’s office to save the day. A parable for a world infected by Covid-19, and an entertainer that keeps its mysteries to itself until the end, Dahan demands one’s whole attention.

Why watch it: Seemingly possessed people, deluded believers, men and women of science fighting to keep myths separate from reality, Dahan has it all.