The Price of Austerity

What lies beneath the confidence of Ravana 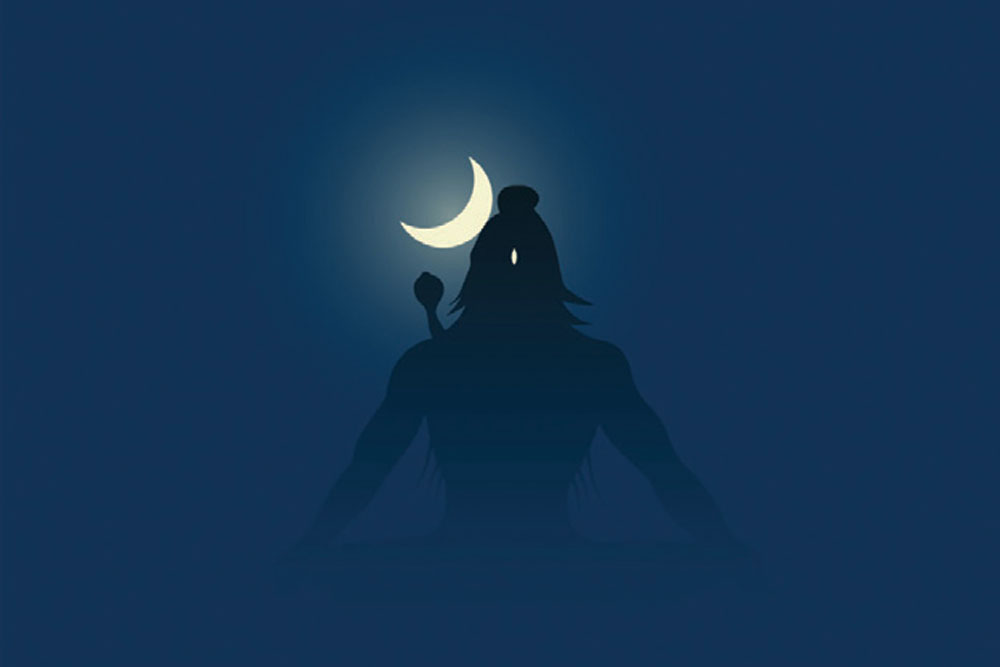 IN THE SHIVA PURANA, Suta continued to tell the rishis about jyotirlingams, and now narrated the Vaidanatheshvara story.

Suta said, “Ravana was the best among rakshasas, and was respected. With respect and devotion, he worshipped Hara on Kailasa, supreme among mountains. Though the worship continued for a long time, Hara was not pleased. To please Shiva, he then embarked on other austerities. On the slope of Mount Himalaya, there is a spot known for bestowing siddhi. This is amidst a clump of trees towards the south. The prosperous Poulastya Ravana (Ravana was the son of Vishrava, who was the son of Pulastya) dug a pit in the ground there. O Brahmanas! He established a sacrificial fire there. He instated Shiva near this and offered oblations into the fire. In the summer, he stationed himself in the middle of five fires (four fires around and the sun overhead). During the rains, he slept on the bare ground. In the winter, he remained in water. Despite his performing many austerities, Mahesha, the paramatman, was not pleased. Evil-souled ones find it difficult to worship him. The great-souled Ravana, the lord of the daityas, then started to slice off his heads and used these to worship Shankara. As he severed each head, he followed the norms and worshipped Shiva. In this way, in due order, he cut off nine heads. When only one head was left, Shankara was pleased. Affectionate towards his devotees, he was satisfied and manifested himself. The lord healed the heads that had been severed earlier. He granted his wish of supreme and unmatched strength. Ravana, the rakshasa, thus obtained his favours. (Vaidya is a physician. Since Shiva healed Ravana, he is known as Vaidyanatheshvara. The stotram Ravana used to worship Shiva is known as Shiva tandava stotram.)

Ravana joined his hands in salutation and spoke to Shiva Shambhu. Ravana said, “O lord of Devas! If you are pleased with me, I will take you to Lanka. Please make my wish come true.” When Shambhu was addressed by Ravana in this way, he faced a great difficulty. His mind wavering, Shiva said, “O best among rakshasas! With great devotion, take my excellent lingam to your own house. However, if you place the lingam down on the ground, it will remain stationary in that spot.” Ravana agreed to this and taking the lingam with him, proceeded towards his own residence. As a result of Shiva’s maya, he felt like passing urine along the way. Lord Ravana, born in the Poulastya lineage, was incapable of resisting this. He saw a gopa there and requested him to hold the lingam. (In some stories, this is Ganesha disguised as a boy.) After some time, oppressed by the weight, the gopa placed it down on the ground. The lingam was made out of the essence of the vajra and remained stationary there. It yields everything desired. If one sees it, all sins are destroyed. This lingam is named Vaidyanatheshvara. It is famous in the three worlds and bestows objects of pleasure and emancipation on the virtuous. This is the best among all the jyotirlingams. If one sees it, or worships it, all sins are destroyed. It is divine and excellent and enhances objects of pleasure. For the welfare of all the worlds, that lingam remained stationary there. Having obtained a great and excellent boon, Ravana returned to his own residence. Happy, the great asura told his beloved everything that had happened.” 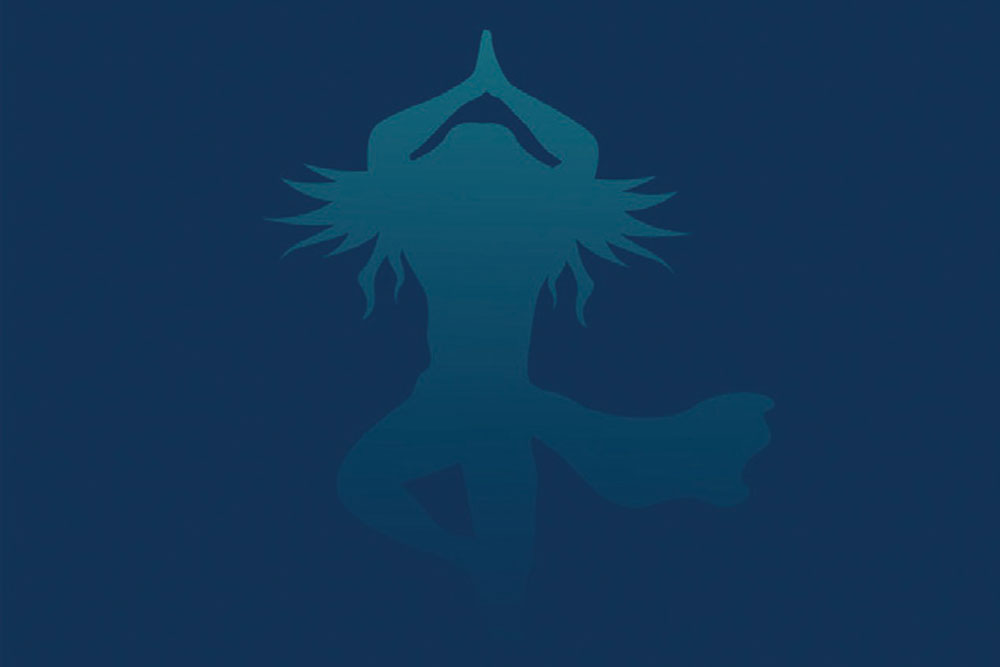 Suta continued, “Having obtained the great and excellent boon, Ravana returned home. Hearing this, all the devas, Shakra and the others, and the sages became anxious and spoke to each other. The devas and others said, “The evil-souled Ravana hates the devas. He is crooked and wicked in intelligence. Having obtained a boon from Shiva, he will inflict miseries on us. What will we do? What will happen next?” Dejected, they invited Narada and asked him. The devas said, “O supreme sage! You are capable of accomplishing every task. Devise a means to free the devas of their misery. Ravana is extremely wicked. What will he not do?” Narada replied, “O devas! I will do what is needed.” Saying this, the devarshi went to Ravana’s abode.”

“When he reached, he was honoured with every kind of welcome. Narada said, “O supreme among rakshasas! You are blessed. You are a noble devotee of Shiva’s, intent on austerities. Tell me everything about what you did and how you worshipped Shiva.” Ravana answered, “O great sage! I went to Kailasa to undertake austerities. There, I tormented myself through terrible austerities for a very long period of time. When Shankara was not pleased, I returned to a clump of trees and performed austerities again. In the summer, I was in the middle of five fires. During the monsoon, I slept on the bare ground. In the winter, I remained inside water. But even then, Shankara was not pleased with me. As a result of this, I became angry and dug a pit in the ground. I instated a sacrificial fire there and fashioned a parthiva lingam. Following the norms, I worshipped Shambhu with fragrances, sandalwood, incense and many kinds of naivedya. To please Shankara, I prostrated myself and used sacred hymns, singing, dancing, the playing of musical instruments and the symbolic offering of my mouth and fingers. I used these and many other means sanctioned by the sacred texts to worship Bhagavan Hara. But even then, Bhagavan Hara was not satisfied and did not manifest himself in front of me. Since my austerities were unsuccessful, I was dejected. “Shame on my body and strength. Shame on my efforts at austerities.” Saying this, I offered many oblations into the fire that had been instated. Then I thought, “I will offer my own body into the fire.” I severed my heads and offered them into that purifying blaze. I severed them one by one and purified them in this way. I offered nine such heads to Shankara. When I was about to sever the tenth head, Hara himself appeared before me, in the form of a mass of radiance. Affectionate towards his devotees and delighted, he immediately spoke to me. “I am pleased. Tell me. I will give you the boon that your mind wishes for.” Full of great devotion, I clasped my hands, prostrated myself and praised him. I said, “O lord of the devas! If you are pleased, what cannot be achieved by me? If this is the case, please grant me unmatched strength.” When Shiva is satisfied, full of compassion, he bestows everything. He spoke words of assent, granting me what my mind wished for. His favourable glance is invincible, and is superior to the best of the vaidyas. When the paramatman looked at me, my heads were affixed again. In this way, my body became just what it had been earlier. Through his favours, I obtained all these fruits. Requested by me, Vrishadhvaja remained there. He is named Vaidyanatheshvara, and is famous in the three worlds. Maheshvara is in the form of the jyotirlingam and if one sees him, or worships him, one obtains objects of pleasure and emancipation. He brings welfare to all the worlds. Specifically, I worshipped that jyotirlingam. Having prostrated myself, I returned, to conquer the three worlds.” Hearing his words, devarshi was alarmed.”

The lingam was made out of the essence of the vajra and remained stationary there. It yields everything desired. If one sees it, all sins are destroyed. This lingam is named Vaidyanatheshvara. It is famous in the three worlds and bestows objects of pleasure and emancipation on the virtuous

“However, laughing in his mind, Narada spoke to Ravana. Narada said, “O best among rakshasas! I will tell you something that is beneficial for you. You just told me that Shiva bestowed all this on you for your welfare. But you should never accept what he said to be true. When he is in one of his aberrations, there is nothing he does not say. It may not be true. You are dear to me. How will one know it is true? For your own welfare, you should again go there and do the following. You should make efforts to raise up Kailasa. If you are able to raise up Kailasa, then there is no doubt that you have been successful in every possible way. Set it back where it was and happily return.” Deluded by destiny, Ravana took these words to be beneficial for him. Taking the sage’s words to be true, he went to Kailasa. Having gone there, he raised the mountain up. Everyone on the mountain suffered a catastrophe and fell over each other. Seeing this, Girija asked, “What is this?” Girija laughed and replied to Shambhu. Girija said, “These are the fruits of having a good disciple. This is indeed a true disciple. Such unmatched strength has been bestowed on an excellent hero, possessing a serene atman.” Maheshvara heard Girija’s words, which were laced with sarcasm. He thought that Ravana was ungrateful and insolent because of his strength. Therefore, he cursed him. Mahadeva said, “O Ravana! You are an evil devotee. You are evil-minded. Give up the insolence you possess. Soon, there will be a person who will rob your hands of their insolence.” Narada heard everything that happened there. However, Ravana was also pleased in his mind and returned to his residence. Deluded by his strength, he was now supremely confident. As a result of Shiva’s command, he obtained great energy and divine weapons. There was no warrior who could counter Ravana in a clash.”