Is it an impulse of talent or a lack of work ethic? 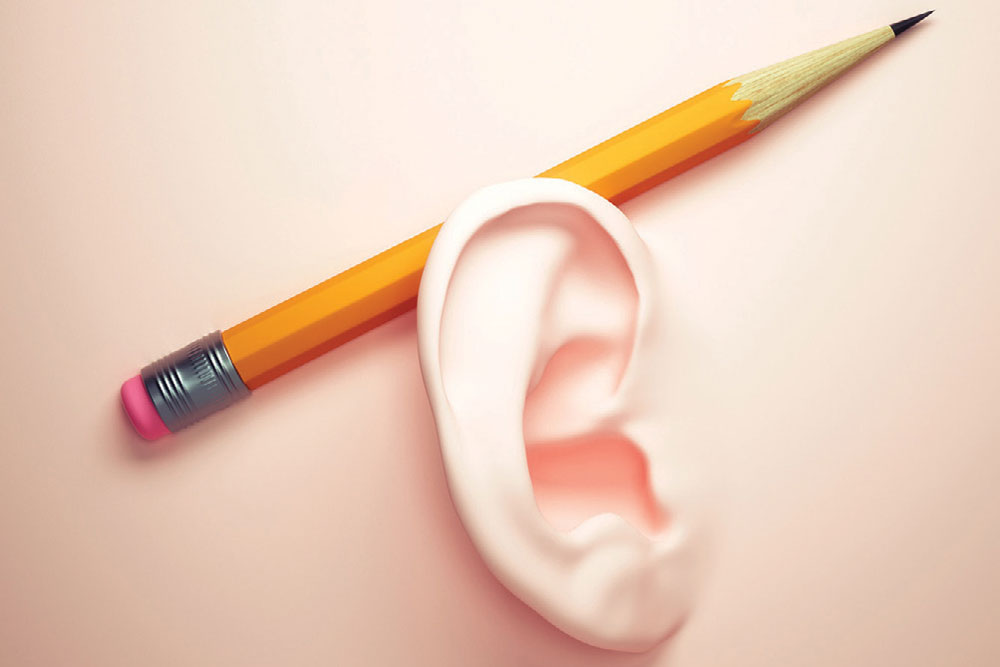 
QUIET QUITTERS USED to be a bigger problem in most offices than moonlighters. The former were characterised by the pseudo-professionalism of shutting down exactly at 5:30PM or the end of their workday. Packing up to go home, they would make a big show of having accomplished all their assigned tasks. Reluctant to exert themselves after office hours, let alone on weekends, they also regarded their tea breaks and lunch hours as sacrosanct. Making both an art and virtue of avoiding extra work, they would shrug their shoulders self-righteously as if to say, “Why should I do more than what I am paid for?”

Just a step short of professional shirkers and evaders, which abound and thrive in all but the highest echelons of government officers, many quiet quitters did equally well in private firms. Especially those establishments that worked to fixed working hours and set schedules. Considered steady, if stolid, and dependable, even if not proactive, they lasted three or even four decades in many a quasi-governmentalised company. After which they retired honourably to secure pensions or retirement benefits.

But the exploding IT industry and the new startup culture, especially under the double whammy of the pandemic and work from home, changed all that. Many good techies were laid off, while others were forced to work from home. The former, per necessity, had to take on and juggle multiple assignments as freelancers, while the latter, being largely unmonitored at home, had a field day making extra bucks on the side. With work-life boundaries blurred or easily crossed, some in-demand professionals found themselves much busier than ever when they returned, post-pandemic, to their offices.

Make hay while the sun shines or to twist the metaphor a little, moonlight while the going was good. Not carpe diem but lunar retailing seemed the new motto to live by. Mooning was no longer idling, dreaming, moping, or mooching, but actually highly productive and paying. Especially for those offering specialised services, easy to deliver after or even during office hours, to the booming tech industry.

All was fair in the new game of innovation, even if when the invention was more evident in income padding than new programmes or products. Except if you got caught. But the confidence of youth is immense. Despite struggling for years to cross the coveted portals of India’s hallowed civil services and enjoying a massive surge in their prospective dowries, some civil service probationers still boasted to me when I was invited to lecture them that moonlighting as startup founders was very exciting, even enticing. No surprise then that in tech-related businesses, given the surge in employee-entrepreneurs, moonlighting seemed the new normal after the pandemic.

But on August 20, Rishad Premji, chairman of Wipro, and former chairman, NASSCOM, tweeted: “There is a lot of chatter about people moonlighting in the tech industry. This is cheating—plain and simple.” Those who thought that was just an industry leader venting over a growing trend, had to think again. Just a month later, on September 21, Wipro fired 300 employees for moonlighting. The employees were found working for Wipro and, at the same time, also for its competitors.

Premji received plenty of hate mail over this decision but stuck to his guns. He said that he considered moonlighting a violation of integrity “in its deepest form.” Addressing the All India Management Association’s National Management Convention, he said, “The reality is that there are people today working for Wipro and working directly for one of our competitors and we have actually discovered 300 people in the last few months who are doing exactly that.”


There are multiple areas of ambiguity over what constitutes the fair use of an employee’s spare time. One-size-fits-all will not work. Both society and the companies involved will suffer if their most talented are driven out after being unnaturally or unjustly curbed and controlled

Moonlighting, as the name suggests, is doing a second job, usually at night—hence, by moonlight—and clandestinely. Working on a pet project or hobby over the weekend or after office hours doesn’t constitute moonlighting. But an undeclared, additional job, without the knowledge of one’s regular employer, is moonlighting. In fact, dual employment is generally prohibited under the Factories Act and in various Shops and Establishment Acts in India. But that applies to job floor or shop workers. How its provisions extend to other forms of employment is not clear and may depend on differing contractual obligations from company to company.

For Wipro, which prides itself on transparency and work ethics, the question is not just about law but also of loyalty. I remember several years back how a senior executive was fired for fudging travel bills and allowances. At that time, Rishad’s father, the legendary Azim Premji, who had built and helmed the business for 53 years before handing over the reins to his son in 2019, had remarked that there was no room in Wipro for those without integrity. Rishad used almost similar words, firing his employees for an “act of integrity violation.”

Reactions from other IT biggies were varied. Infosys put out a similarly strong warning, echoing Rishad Premji’s tough line: “No two-timing—no moonlighting!” An internal note significantly called “No double lives” reminded all employees that “dual employment is not permitted as per… Employee Handbook and Code of Conduct” and that “any violation of these clauses will lead to disciplinary action which could even lead to termination of employment.” On the other hand, CP Gurnani, CEO of Tech Mahindra, tweeted, “My thoughts on the trending ‘M word’… It’s necessary to keep changing with the times, and as always, I welcome disruption in the ways we work.”

Moonlighting involves two separate issues. One is using one’s extra time and talent to generate additional income over and above one’s regular job. The other is a possible violation of one’s contract with one’s employer—or to put it more bluntly, cheating and betrayal of trust. The nub of the matter is the conflict between optimisation, if not maximisation, of one’s ability, productivity, and earning capacity by way of flexibility in employment and work conditions versus deceiving one’s regular employer, even using office or after hours to conduct other business.

That is why Big Basket’s promoter, K Ganesh, recommends that companies should specifically define what is permitted and what is not. To be more specific, Manish Sabharwal, chairman, and cofounder of TeamLease Services, said “Employees can negotiate their contracts. In India, there are eight types of contracts that employees can choose from. One needs to tread the water carefully while signing the dotted lines. The choice between flexibility and job security will have to be addressed.” The analogy offered was the difference between a committed and an “open marriage.”

Perhaps, that is why Rishad Premji, despite so much flak, repeated that when it came to Wipro, the terms of endearment were strictly monogamous. “That is what I meant… so, I do stand by what I said…I do think it is a violation of integrity if you are moonlighting in that shape and form.” The clarification was possibly necessary because Rajeev Chandrasekhar, minister of state for skill development and entrepreneurship and electronics and information technology of India, seemed to weigh in on the opposite side of the controversy: “This is the age of employee-entrepreneurs and companies must now understand there has been a structural shift in the minds and attitudes of the young Indian tech workforce.”

What drives moonlighting, according to Chandrasekhar, is both the deficit and demand for real talent. Though he believed that moonlighting, under the circumstances, was virtually impossible to stop, Chandrasekhar also spoke out against contract violations. But the Nascent Information Technology Employees Senate (NITES) dubbed Wipro’s move “unethical,” promising to fight for justice for the fired employees. Claiming that the founders of Infosys, Flipkart, Zoho began as moonlighters, NITES urged for a change in employee contracts so that moonlighting is no longer an employment termination risk.

It is time to disambiguate the entire matter. While violating one’s contractual obligations or double-dipping is a strict no-no, there are multiple areas of ambiguity over what constitutes the fair use of an employee’s spare time. One-size-fits-all will not work. Both society and the companies involved will suffer if their most talented are driven out after being unnaturally or unjustly curbed and controlled. Instead, clearer boundaries and underlying principles need to be set suitable to different work environments.

It is not impossible to conceive of moonlighting by another name actually being encouraged among the exceptionally gifted if it does no harm to their employers, nor results in any conflict of interest for the employees. To return to the analogy of marriage, even if it is somewhat inappropriate in the present context, being loyal to one’s spouse should not preclude friendship and colleagueship with others. Especially, if there is no deception or hanky-panky involved. Upscaling one’s ability or income does not constitute adultery—lying or cheating does. Who knows—a time may come when employers offer not just stock but moonlighting options to their most wanted or vaunted.