Gaj Singh, the Maharaja of Jodhpur, is unmoved by power and wealth 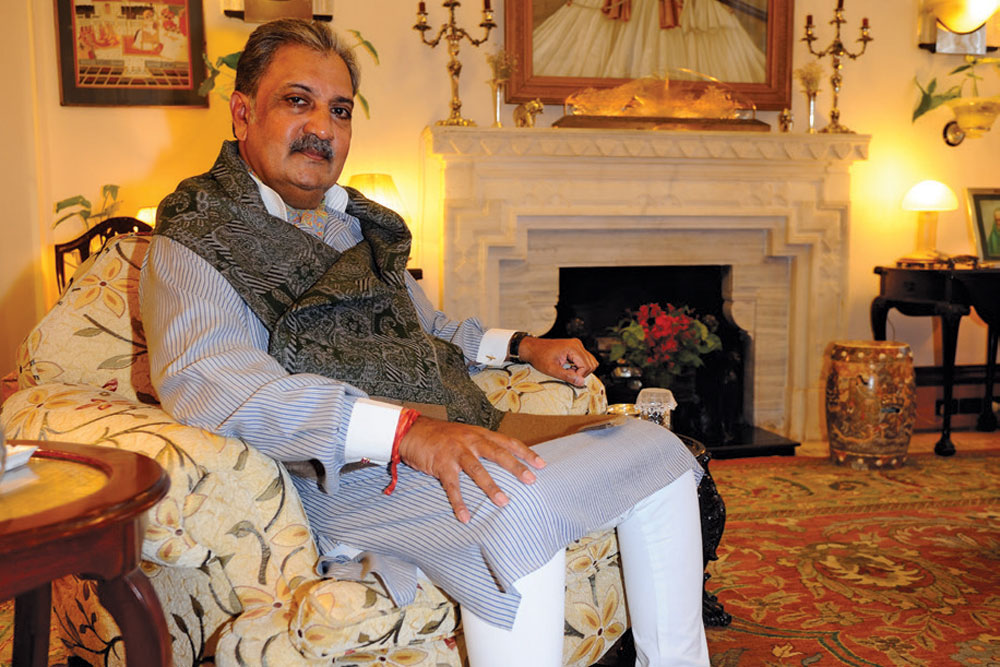 
I FIRST MET Gaj Singh (fondly referred to as Bapji), the King of Jodhpur, many years ago: when I was asked to present some thoughts I may have had on the rebranding of their imposing Art Deco Umaid Bhawan Palace in Jodhpur. What struck me was not just his empathetic approach to life but equally his magnificent attention to detail laced with overarching respect and kindness for those who worked for him. Rare amongst royals and even rarer in many such homes in our country. Bapji remains the man he always was: unmoved by power and wealth and I guess when you have so much of it, you never need to exert yourself. What was even more inspiring was the love he garnered from the simple common citizens of Jodhpur. It was then that I decided to dig in and find out for myself how this one family had changed the lives of millions.

The birth of the iconic Umaid Bhawan Palace itself was out of care and compassion. The palace was built to provide employment to the citizens of Jodhpur who were poverty-stricken owing to the famine that occurred. Ever since that time, the flame of compassion has burnt ever so brightly in this splendid House of Marwar. From the setting up of an all-girls school to the establishment of the museum at the Mehrangarh Fort to the Nagaur Festival of Music to the medical facilities that Jodhpur now boasts and the setting up of the Indian Head Injury Foundation, not to forget the enormous strides in water harvesting, Bapji has done more than any other Indian I can imagine and never sought awards or recognition, but just the affection of those he has been able to help. Jodhpur is nothing without the benevolence of Bapji, but very few know that in the outside world only because that has never been Bapji’s style. And today, while his daughter Shivranjani does the most unimaginable re-wilding of Sardar Samand, you begin to wonder why our governments are so inept or uncaring on earth.

Over the years, whenever I met Bapji, I came away having learnt something: I remember the pain and devastation that was heaped on both his elegant wife Hemlata and Bapji when their son Shivraj (one of India’s finest polo players ever) fell from his horse during a polo match in Jaipur. Bapji and I were at Sardar Samand brainstorming on creating more value-added tourism in Rajasthan when he got the news. Bapji immediately got in his car and decided to drive to Jaipur from Sardar Samand and the days that followed were heart-wrenching. The love of parents knows no bounds but, in this case, both Hemlata and Bapji rewrote the paradigm of love as they began to tend to Shivraj. And it wasn’t just their son they were caring for but a much larger universe. That’s when he set up the Indian Head Injury Foundation. Such was his resolve and the love he commanded that when the first fundraiser in the form of the One World Concert was held, people like Sting and Amitabh Bachchan, Nita and Mukesh Ambani, not to mention several of Bapji’s overseas friends, showed up not just to express solidarity but to share both Bapji’s pain as also his joy at having set this up. Today, Shivraj is a proud father, and Hemlata and Bapji celebrate their grandchildren with the effusive love that only grandparents can offer.

But then Bapji has a quiet resilience that very few do. His warm embracing style is infectious as is his love for everything cultural. He continues to be deeply involved in passions ranging from polo to Hindustani classical music to medicine, making it both affordable and accessible.

Bapji turned 75 on January 13, 2023. It was a celebration unlike any other. A celebration immersed in love and grace surrounded by people he loved, and who adored him. And at the centre was this man, who for the last several decades has been a true beacon of hope to his people and the epitome of elegance and grace. Not to mention a friend who redefines friendship every day.